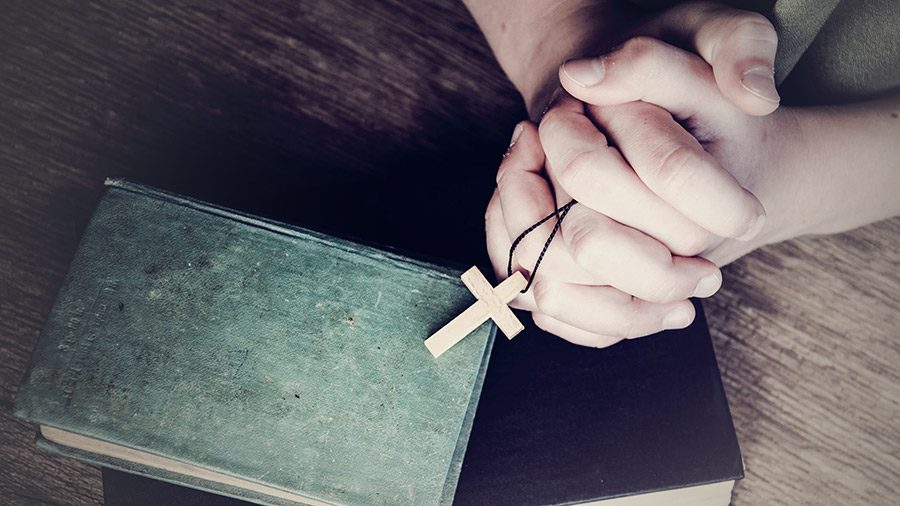 CHICAGO — For some reason, the very first thing I noticed on my early morning visit to the beautiful St. John Cantius Church was a statue tucked away in a corner, between two confessionals. It depicts Jesus comforting the prodigal son, from the gospel parable. It seemed to speak so much about so much.

Obviously, it’s about forgiveness and mercy. Clearly, it’s about the nature of God in the New Testament. As the Windy (boy, was it!) City was already decked out in holiday lights, I couldn’t help but see a message for more than “the holidays” about welcome and hospitality.

I confess I found some very personal welcome in Jesus’ tenderness toward the sinner, as I am one, myself. And in my travels lately, I have been more and more focused on trying to be softer in our harsh culture.

I must admit that my recent focus was motivated by a recent unexpected incident at a chapel. The location of this chapel is not important. Suffice it to say that I was tired after a busy period of traveling, and exhilarated by the sight of so many people in one place worshiping the Lord.

I was also, it turns out, praying a little too audibly. Not one, but two adults came up to me afterward to advise me that I was praying too quickly. At first, I was crestfallen that I had seemingly interrupted other people at prayer. I was appreciative that the priest was trying to get his flock to slow down in this too-rapid, disposable culture. Of course, we need to decelerate and be present with God in silence and love.

But, jeepers, I’m human, and it hurt. And the more I prayed and thought about it, I thought of the Holy Spirit. I thought of people I’ve been inspired by who weren’t going with the pack, who were moved by love to acts of radical charity. I’d like to think I was moved by love in my prayer, too — maybe a little desperate fatigue, too, on that particular night, after lots of logistical mishaps involving airports and a program on the schedule that required coherence on my part!

I then got to thinking about hospitality and welcome and how unwelcome I felt in that chapel, something that is jarring to me — I tend to feel at home in front of any tabernacle with the Blessed Sacrament in it. There’s peace there. There is a knowledge of God’s presence. There is, essentially, what that statue at St. John Cantius depicts: a weak human sinner resting in the arms of Jesus. No one should mess with that.

And the two people who approached me after Mass had no ill intent. They obviously had given a lot of their hearts to that particular community I was just dropping in on to pray with. And, even while nursing such silly wounds, I found myself grateful. Because it forced me to reflect: I know there are ways that we are — I am — unwelcoming to people without even realizing it.

Sometimes it happens when lost in thought, looking at a screen or hitting refresh on our web browser. Sometimes it involves not meeting obvious needs or being indifferent to someone’s presence — by not being present to them. But it also happens in the course of communications about things we have convictions about. As happened with me that day, it can happen in the most holy places. And how often do people see Christians as people of prohibitions rather than love? Christians are called to be people of “yes” to the boundless love that is seen with Jesus on the cross.

Every church should have open arms. In every pew and corner, people should be able to encounter God. Same, too, with anyone who calls themselves a child of God. Our work is to be beacons of His love, to be His presence in the world. It’s not easy, fast or convenient work, but we should be grateful for it.

Kathryn Jean Lopez is senior fellow at the National Review Institute, editor-at-large of National Review magazine and author of the new book A Year With the Mystics: Visionary Wisdom for Daily Living. She can be contacted at klopez@nationalreview.com.