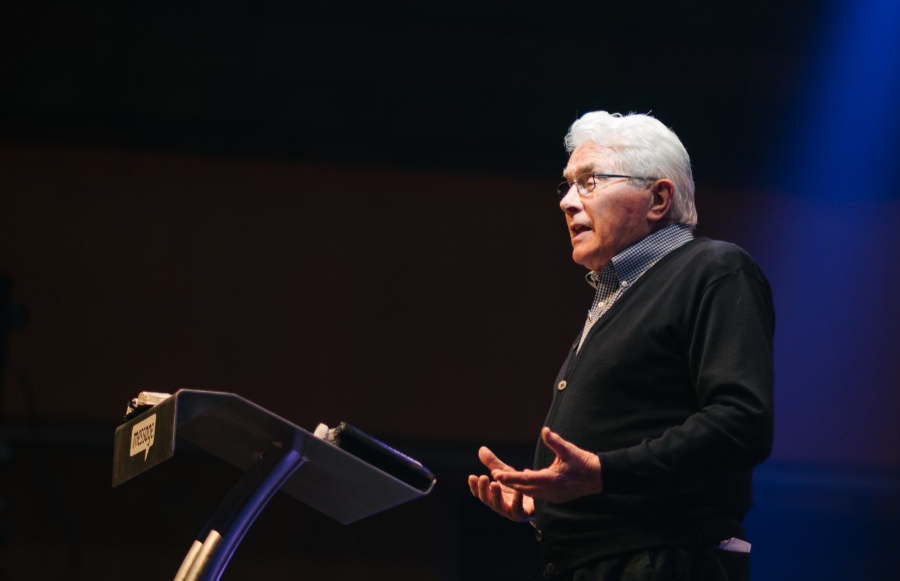 One of the most difficult parts of human existence is coping with loss, terminal illness and other life difficulties. Famed evangelist Luis Palau knows this all too well.

Palau, 85, lost his father at a young age and quickly came to Christ — and ministry. He’s spent his entire life preaching the good news that heaven is a reality, and that Jesus deeply loves every man, woman and child.

But, when Palau was diagnosed with terminal lung cancer in 2017, he had to go back to basics and deeply grapple with his own faith and journey.

Palau said that for about a week “it seemed like Satan was attacking me. You know, telling me, ‘What makes you think that you have eternal life? Sure you spoke it to millions of people, anyone can do that,’ you know? And I felt attacked by Satan, sort of making me doubt. … It shakes you up. And then you go back to the book,” he said in a Pure Flix Podcast interview. “I read Hebrews 7, 8, 9, 10 over and over. … If that doesn’t convince you that eternal life is a gift of God, and it’s total provision for our assurance, nothing will. And it brought total peace.”

Listen to Palau speak about his cancer diagnosis, life and legacy:

As a preacher, he said he’s always heard from those who fear illness, death and the afterlife. But he explained that his own diagnosis and battle gave him a fresh perspective on how to interact with those so afflicted.

“One of the glorious things that we have to say to people is, ‘Yeah, this world is a mess.’ I mean, families break apart. That’s why many are desperate. Yes, drugs seem to be a palliative, but it doesn’t work. It just doesn’t work, and it destroys you,” he said. “But the point is, you know, when we tell people the joy we have in Christ, the best revenge is a joyful heart, you know? That we can trust in the Lord. So we need to encourage Christians along those lines.”

As for the evangelist’s own story, he’s elated to see it told through the feature film, Palau, a new movie available for streaming or purchase that chronicles his life from Argentina to Oregon and back again.

Palau called making the film a “humbling experience” and emphasized that it wasn’t his story being told, but that of Jesus Christ working through him on this Earth.

“I’m trusting the promises of the Lord. He’s been good to me since I was a little boy — awfully good, a wonderful Father,” he said. “He’s come through for me. And I don’t see why He wouldn’t come through for anybody who believes in Him and trusts Him.”

And Palau also had a word for others who might be struggling or working their ways through life.

“Trust the Word of God. Rejoice in Him everyday. Share as much as you can and make it a proactive form of lifestyle to share the Good News, to find opportunity. And that, to me, is the legacy.”

Please continue to pray for Palau, his family and his congregation during his cancer battle.

Billy Hallowell has worked as a journalist and commentator for more than a decade. He is the director of communications and content for PureFlix.com, the former senior editor at Faithwire.com and the former faith and culture editor at The Blaze.

If you’re looking for more inspiration, you’ll find faith and family-friendly content over at PureFlix.com. Sign up for your one-month free trial to stream thousands of movies, TV shows and more.