Hundreds of Border Patrol Agents Have Been Assaulted This Year 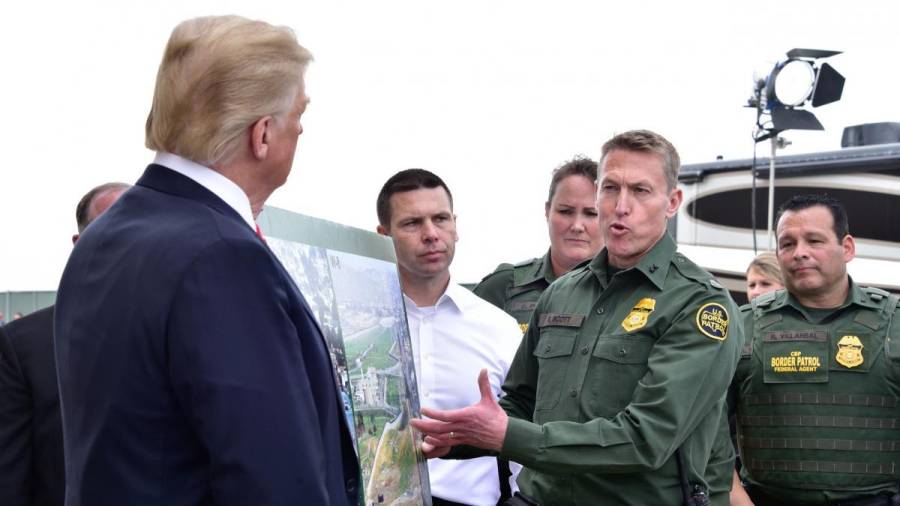 There have been hundreds of assaults against Border Patrol agents this fiscal year, demonstrating the dangers agents endure while protecting the U.S. from illegal immigration, drug smuggling and other crimes.

There have been over 600 assaults of Border Patrol agents since Oct. 1, 2018, the beginning of the 2019 fiscal year, according to Border Patrol Chief Carla Provost, who spoke exclusively with CBS 4 News. Provost said the number of assaults is “unacceptable.”

“We do see a lot of it, our guys get assaulted quite a bit, from punching them, a full on fist fight, pushing on them, spitting on them, it happens quite a bit,” Chris Cabrera, Border Patrol spokesman and vice president for the Local 3307 National Border Patrol Council, said to CBS 4 News. “It’s something we train for, we continue to train for, we’re always training for something like that, so we can go home to our families at the end of the night.”

Cabrera mentioned an instance where two men fought an agent in an attempt to avoid apprehension.

“They actually fought for eight minutes and luckily the big guy ran away, but it took eight minutes for someone to get out there and help. Luckily, the agent was in tip-top shape and was able to hold him down until help arrived,” the spokesman said.

People shot at U.S. agents patrolling by boat in the Rio Grande in August. Agents witnessed four individuals on the Mexican side of the riverbank with automatic weapons fire “over 50 rounds at them,” striking their boat on Aug. 9, but everyone on the boat was left unharmed, according to Customs and Border Protection (CBP).

The danger does not always emanate from illegal aliens. The Mexican military detained and disarmed two U.S. soldiers working in an unmarked CBP vehicle in April at the southern border. The incident was deemed a result of confusion. However, President Donald Trump speculated the Mexican soldiers were probably running a “diversionary tactic” for drug smugglers.

This year’s numbers appear to be on par with data for previous years. CBP reported a total of 786 assaults against Border Patrol agents during the 2018 fiscal year. This was a decrease from the 844 assaults recorded in fiscal year 2017.

The assault numbers come as the Department of Homeland Security is managing an unprecedented level of illegal immigration at the U.S.-Mexico border. Many of the undocumented aliens currently reaching the border are family units who want agents to catch them. There are still many, particularly single men, who wish to avoid capture in the attempt to reach the interior of the U.S.