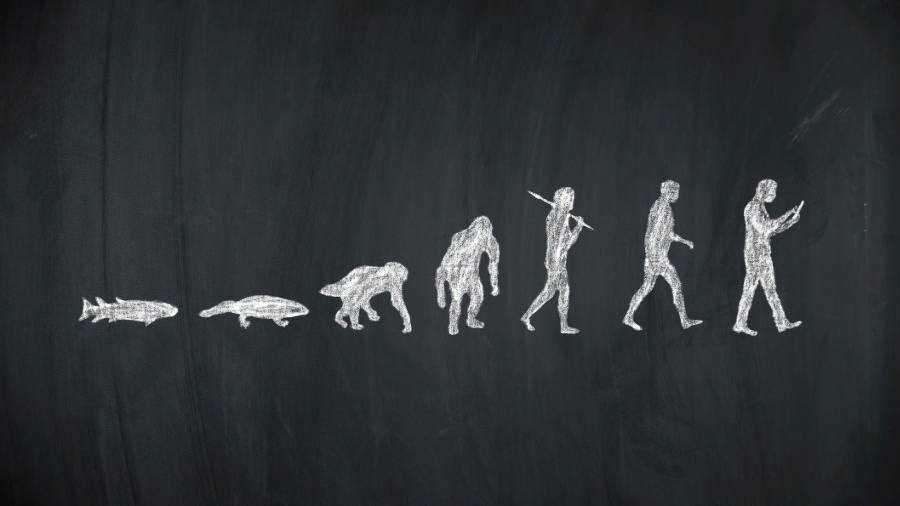 It was an ominous introduction: “Evolution waits for no man.” I had been scanning my news feed and ran across this article: “Humans Are Still Evolving: 3 Examples of Recent Adaptations.” It piqued my curiosity. Plus, I wasn’t surprised to see a popular-level article around this time, given that Darwin Day was just around the corner. So, I wondered what new evidence had emerged that demonstrates Darwinian evolution. What changes can we see in humans today that shed light on a mechanism that can evolve fish into Homo sapiens? I had to keep reading.

What Do They Mean by ‘Evolution’?

Keep in mind the critical question that needs to be asked whenever someone is making a case for evolution: What definition of evolution is being used? There are several ways to categorize the different definitions. I often use the following system:

The Issue of Equivocation

The problem with most popular articles on evolution is that the authors equivocate on the definition of evolution. They fail to draw a distinction between these different definitions. The result? Any empirical evidence of change over time or microevolution (definitions 1 and 2) is assumed to demonstrate that macroevolution (definition 3) is true. The average reader thinks, If bacterial resistance to antibiotics is an example of evolution, then evolution must be true! But that’s precisely what’s in question! Is the mechanism that leads a bacteria to develop resistance the same mechanism that can create a bacteria in the first place or evolve it into a fish?

With this equivocation in mind, consider the examples cited in the article of how “humans are still evolving.” The first example says, “We are cooling down.” Average human temperature has traditionally been 98.6 degrees Fahrenheit (37 degrees Celsius). New research, however, indicates the average is now 97.9 degrees Fahrenheit. It’s suggested that a decline in inflammation or living indoors has led to this “evolutionary” change.

I don’t doubt the average human body temperature is now 0.7 degrees cooler. But how is this a meaningful evolutionary change? At best, this is an example of microevolution. Here’s the real question: How does a change in average body temperature explain how humans developed hearts or vision or consciousness? That’s what I — and other reasonable skeptics — want to know. Sometimes I’m told that changes in average body temperature are not intended to provide evidence for macroevolutionary development of a heart and circulation. Okay, but then this example of “evolution” seems to be a yawner.

The second example in the article is the fact that our genes are constantly changing. Apparently, the change in our diets has induced changes in our genetics. That doesn’t sound surprising. I’m sure all kinds of environmental factors can affect our genes. Again, this is merely a microevolutionary change. Observing genetic variation within a species isn’t incredible. Plus, it seems there are limits to how much change can occur and an organism remain alive.

The final example is the fact that our bones are becoming lighter. “Less nomadic hunting and more settled livestock-raising meant that the need for heavier, more durable bones decreased.” Again, this isn’t earth-shattering. It’s a microevolutionary change.

They lump together all types of change as “evolution” rather than tease out the various definitions. Again, that’s equivocation.

No one doubts that human characteristics change over time. In fact, I would argue that God designed human beings with a capacity to adapt to their environment. DNA’s flexibility allows the human species to adapt (within a range) to a changing environment. Human microevolution is evidence of intelligent design.

Now maybe this article wasn’t intended to be an apologetic for macroevolution. Maybe it’s meant to be read by those convinced of macroevolution and not those who are skeptics. Fair enough. But then here’s my problem with this approach. They lump together all types of change as “evolution” rather than tease out the various definitions. Again, that’s equivocation. It’s a convenient strategy for those who intend to keep the general public believing that “humans are still evolving” and that any change — no matter how insignificant — is evidence that wolves can become whales.