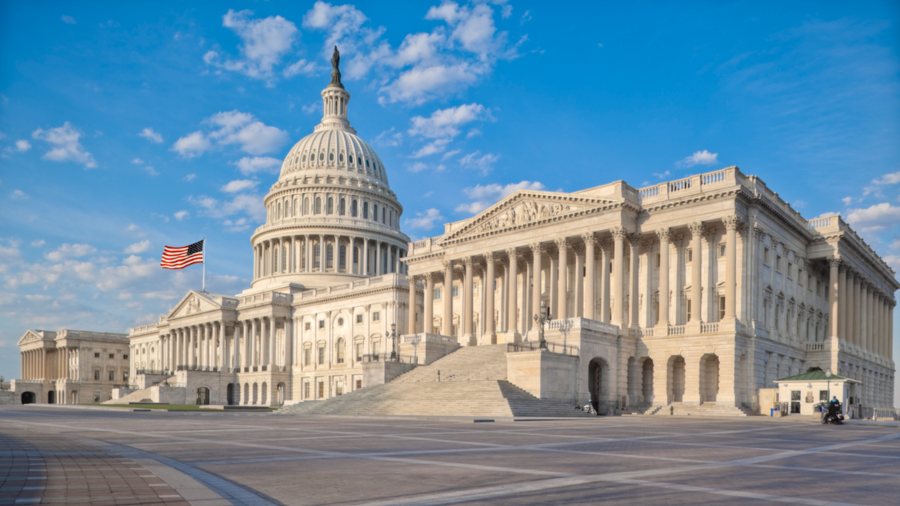 An attempted federal takeover of elections was thwarted Tuesday, as Senate Republicans voted to block further debate on the legislation.

With Vice President Kamala Harris presiding and prepared to cast a potential tie-breaking vote, the Senate divided 50-50 on a straight party-line vote. It would have taken 60 votes to proceed to debate and a vote.

If enacted into law, the bill would ban most state voter ID laws, expand ballot harvesting, prevent the updating of voter registration lists, establish taxpayer-financed campaigns, and require states to allow same-day voter registration, among many other things.

Framing the matter as one of voting rights, Senate Majority Leader Charles Schumer, D-N.Y., was the first to speak on the Senate floor immediately after the vote.

“Once again, the Senate Republican minority has launched a partisan blockade of a pressing issue here in the United States Senate, an issue no less fundamental than the right to vote,” Schumer said. “This vote, I’m ashamed to say, is further evidence that voter suppression has become part of the official platform of the Republican Party.”

The Senate Democratic leader vowed the bill would return. “In the fight for voting rights, this vote was the starting gun, not the finish line,” Schumer said.

Democratic sponsors called their bill “the For the People Act.” Republican critics dubbed it “the Corrupt Politicians Act.”

This bill isn’t about protecting the right to vote. It’s precisely the opposite. It’s about taking away the right to vote from the citizens and giving it instead to the corrupt politicians in Washington who want to stay in power.

Earlier Tuesday, Schumer announced that Sen. Joe Manchin, D-W.Va., would vote for the 800-page bill. As with nearly all other Senate legislation, the relatively moderate Manchin and Sen. Kyrsten Sinema, D-Ariz., who also voted for it, are key swing votes in the divided Senate.

The House already had passed its version of the Democrats’ legislation, known as HR 1. The Senate Rules and Administration Committee voted along party lines, 9-9, but the bill still moved to the Senate floor.

Before the vote Tuesday, President Joe Biden urged the Senate to pass the measure in a tweet, claiming that “democracy is in peril – here, in America.”

We can’t sit idly by while democracy is in peril – here, in America. We need to protect the sacred right to vote and ensure “We the People” choose our leaders, the very foundation on which our democracy rests. We urgently need the For The People Act.

Send it to my desk.

Cruz noted that 36 states have enacted voter ID laws, but the vast majority of them would be repealed under the bill. A Rasmussen Reports poll found 75% of Americans support voter ID requirements.

The bill would also create a partisan advantage on the Federal Election Commission, a panel that since its inception in 1975 has been made up of an equal number of Democrats and Republicans.

The legislation would also require that unelected redistricting commissions draw congressional district boundaries, which now are determined by elected state legislatures in most states.

The Democrats’ bill also includes restrictions on political speech, such as requiring disclosure of donors to independent groups that buy political ads. That would be akin to the donor-disclosure requirements that some state governments sought to impose on civil rights groups in the 1950s, which could result in donors being subjected to intimidation.

Under the provision, the government would contribute to the campaigns of federal candidates $6 for every $1 raised in small donations — that is, for every donation under $200.

The legislation also would authorize the Internal Revenue Service to investigate and consider the political and policy positions of nonprofit organizations when they apply for tax-exempt status.

“It’s a recipe for undermining confidence in our elections and remaking our entire system of government to satisfy one far end of the political spectrum,” Senate Minority Leader Mitch McConnell, R-Ky., said of the bill on the Senate floor before the vote.

Sadly, this legislation does the opposite. In reality, this mammoth, leftist takeover of elections threatens election security and compromises every American’s fundamental right to vote.

It would require nationwide implementation of the worst changes in election rules from the 2020 election, and go even further in eroding and eliminating basic security protocols that states have in place.