How to Prevent Young People From Falling Prey to Socialism 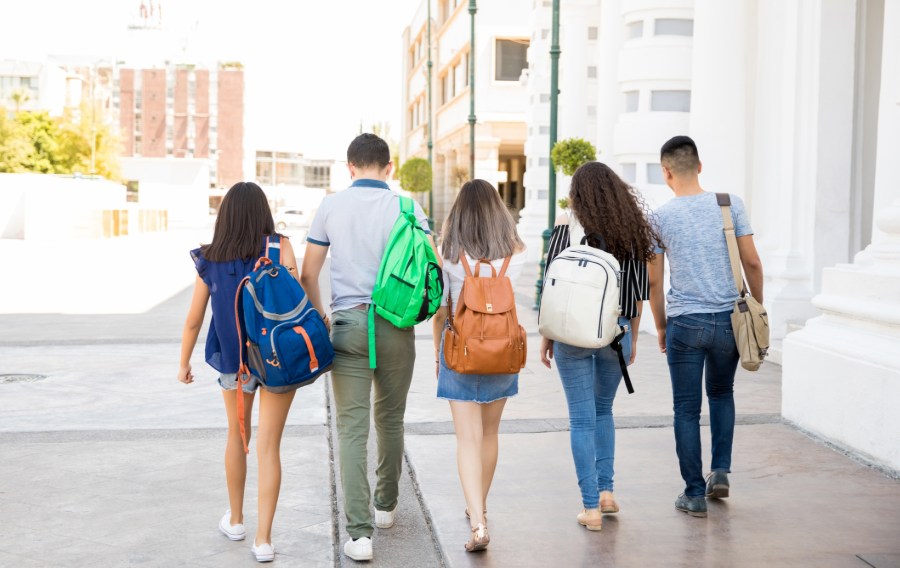 I got a comment from a reader arguing that one reason young people fall prey to socialism (aside from being brainwashed by their teachers) is that they feel the capitalist system is failing them. They were told they had to get college degrees if they wanted good jobs, and encouraged to take out huge student loans. Now, they’re saddled with crippling debt, and those degrees aren’t opening the doors to jobs that pay enough to ever get out of the hole.

I admit that’s a serious problem, but it won’t be solved by electing people who will expand the very policies that raise taxes, kill jobs and wages, and encourage making college even more ridiculously expensive and pursuing useless degrees. And promising to “forgive” student loan debt is just a bait-and-switch. Your student loan debt might disappear, but your tax bill will double or triple, while colleges will raise tuition to take advantage of the new government subsidy.

Will that solve your problem? And talk about redistributing wealth from the poor to the rich! Working people who never attended college will pay higher taxes to pay off the college loan debts of lawyers, doctors, lobbyists and Ivy League grads.

We need action on a number of fronts for young people to be able to access the American dream. I’ll lay out a few proposals, knowing there’s no chance of them being put into effect until after the next two elections.

First, we do need to restructure student loans, so that rates are lowered and terms easier to handle. It would also help if states that control the colleges’ purse strings would make them pull back on the leftist indoctrination, speech policing, racial discrimination and propaganda about things like logic and productivity being “white surpremacy,” and instead go back to teaching things that can help students get decent jobs.

Government policies need to be aimed at helping grow the economy and encourage private sector expansion and business creation instead of punishing it, so that jobs are plentiful and wages keep rising. We need to stop using our tax code and unemployment system to disincentivize work and success. Future generations need to be taught to be more judicious in choosing majors, or that maybe college isn’t the only alternative. Just as the pandemic sped up evolution of the work-from-home movement, it also introduced many people to learning from home. Did you know that you can now watch all of MIT’s classes on YouTube for free?

There are also many good-paying jobs in skilled trades that employers desperately need to fill (just ask Mike Rowe.) Trade school is faster and cheaper than college, and doesn’t come with a heaping side order of communism. There’s dignity in all work, and it’s a heck of a lot better to be a busy, well-paid plumber or mechanic than an angry, underemployed gender studies major (they obviously have way too much free time on their hands these days.)

Besides, as our current political leaders have proven beyond a doubt, having an Ivy League degree is no guarantee of superior intelligence, ability or even basic competence. It might just mean that your parents bought the school a gym. Academic credentials are fine, but they don’t mean as much to me as native intelligence, a strong work ethic and an eagerness to learn.

A Lesson From Gary

Before I entered politics, I worked with a fellow named Gary Underwood to build a community TV station on a shoestring budget. Gary had no formal education in television production, but he figured out things, like how to make work lights from Sam’s Club do as studio lights, and how to run lights and a camera off a car battery so we could do remotes. If he’d had formal training, he might’ve told me it was impossible on our budget and given up. But since he wasn’t a “trained expert,” he found ways to do the impossible. Later on, he ran media operations for the Arkansas Governor’s Office for me.

There are people with more education than others, and who certainly think they’re smarter than the rest of us. But you’d be hard pressed to find people with more “smarts” than someone like Gary. Have you ever heard it said that someone was “educated beyond their intelligence”? We’ve got plenty of people like that these days. Washington is crawling with so many Harvard and Yale alums that if they could all get a tuition refund, they could probably pay off the national debt. And frankly, based on their competence and intelligence, many of them should demand a tuition refund.

As both a Governor and a business owner, I’ve hired a lot of employees over the years. Some would figure out how to get something done, while others would spend more time explaining why it couldn’t be done than it would’ve taken to do it! Give me a smart person with a can-do attitude any day over one with an expensive “education” who lacks the resourcefulness to solve problems with whatever is available.

Remember the story of the eminent scientist who proved through incontrovertible laws of physics, gravity and aerodynamics that it was impossible for a bumblebee to fly? The bumblebee ignored all his arguments about how flying was impossible and flew anyway.

The moral: If you want to succeed, be like a bumblebee and don’t let anyone tell you that you can’t fly.

How to Stop Students From Falling Prey to Socialism