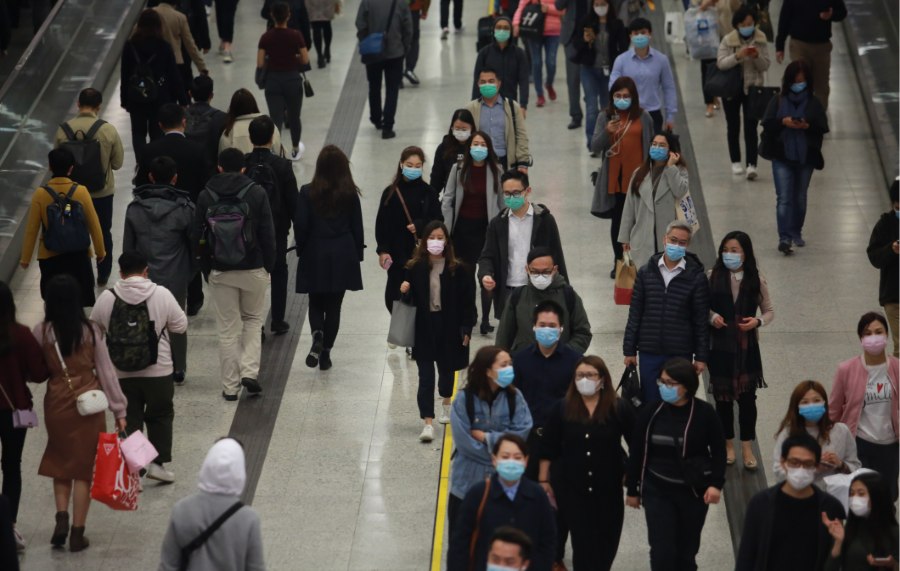 Americans are understandably upset. Businesses are closed, and people’s lives and livelihoods are at stake.

It makes sense that people would demand the government take action against those responsible for the spread of the COVID-19 pandemic once we’ve made it through.

Here’s how — and how not — to hold China accountable for the new coronavirus.

As of right now, for very good reason, the Chinese Communist Party is culprit No. 1. However, it won’t be so easy getting it to fork over restitution.

There’s the reality that nations are generally not able to be sued, under the concept of “sovereign immunity.” While there are some exceptions, it would require the construction of a very tight case, in this case against the Chinese Communist Party.

To build such a case, policymakers would need to answer three important questions:

2. What exactly are they guilty of? Meaning, is the Chinese Communist Party simply guilty of the suppression of information? Are they also guilty of not acting soon enough? What else, exactly?

3. How do we even begin to calculate the restitution owed to the U.S.? Some estimates suggest that the coronavirus has generated losses of as much as $4 trillion. That’s roughly one-third of China’s economy.

Perhaps because of the complications with a legal case, folks are talking about ways to make China “pay” in other ways. Many of the ideas are lacking a dose of reality.

Here’s how we should not hold China accountable:

If there is one thing that would destroy the credibility of the American dollar and the American financial system, it would be to raise any doubts about the American commitment to meeting its financial obligations.

Such a threat would shatter the faith of every holder of American debt, not just the Chinese.

After all, if the U.S. could suddenly decide not to pay Chinese holders of American debt, what would keep us from doing the same to the Saudis? Or the Japanese? And that, in turn, would effectively end the role of the American dollar as the global reserve currency. This is truly one case where the cure would be worse than the disease.

2. Get U.S. companies to leave China and come home. Some suggest COVID-19 is a great opportunity to bring U.S. companies back from China. The problem is that while some companies might leave China (and there could be incentives to encourage them to do so), few would then relocate back to the U.S.

Companies went to China in pursuit of cheaper costs, and COVID-19 doesn’t change that. Most of the companies that are leaving China won’t be coming to the U.S. They’ll more likely be going to Vietnam or Mexico, or many other places.

After all, it wasn’t Chinese reporters in the U.S. that failed to report on COVID-19 developments in China.

Kicking China’s reporters out of the U.S. would simply justify China’s ejection of American journalists, to little effect on the pandemic (other than limiting what unrestricted information is available).

4. Decouple entirely from the Chinese economy. Some suggest the U.S. should have no business with China whatsoever. But China was our fourth-largest trading partner in 2019, with $560 billion worth of traded goods.

Historically, U.S. and Chinese investors have directly invested more than $150 billion in each other (about twice as much U.S. direct investment in China than vice versa). Subsidiaries of U.S. companies sell hundreds of billions of dollars of goods in China every year on top of what they export there from the U.S.

These benefits would be hard to give up. Are there costs of doing business in China? Yes. But businesses are there because there are also benefits.

The truth is that this virus has given the Chinese Communist Party a big black eye and right now the Chinese are doing all they can to shift the blame or obfuscate the truth.

There are more realistic ways to put the Chinese Communist Party’s feet to the fire and hold it accountable.

1. A human rights approach. Sanctioning specific individuals for specific rights violations can be more successful than trying to punish a nation of 1.4 billion people.

2. An international approach with allies. This includes taking international legal action as another possibility. Legal scholar James Kraska has laid out one such approach. But litigation could take years and still lack the desired effect Americans might want to see this year.

3. Public diplomacy. It will take some patience and not have the visibility of legal action. That is to say, legal action would feel good up front, but would take years to maybe reach results, and then only if accompanied by painstaking diplomatic work.

Diplomacy includes keeping the spotlight on the Chinese Communist Party and the nefarious impact it has on the world. Results may vary, but doing this and letting people and governments around the world take matters into their own hands will have a lasting effect.

The truth is that this virus has given the Chinese Communist Party a big black eye and right now the Chinese are doing all they can to shift the blame or obfuscate the truth.

But the outbreak of COVID-19 doesn’t change that the People’s Republic of China will be our most persistent and consequential U.S. foreign-policy challenge for the next several decades.

There might be right ways to hold the Chinese Communist Party accountable for the COVID-19 outbreak and its other misdeeds. But there are also wrong ideas that undermine U.S. long-term interests.

Let’s not mix those up.

Riley Walters is a policy analyst in the Davis Institute for National Security and Foreign Policy at The Heritage Foundation.