How the Media Drives Radical ‘Wokeness’ 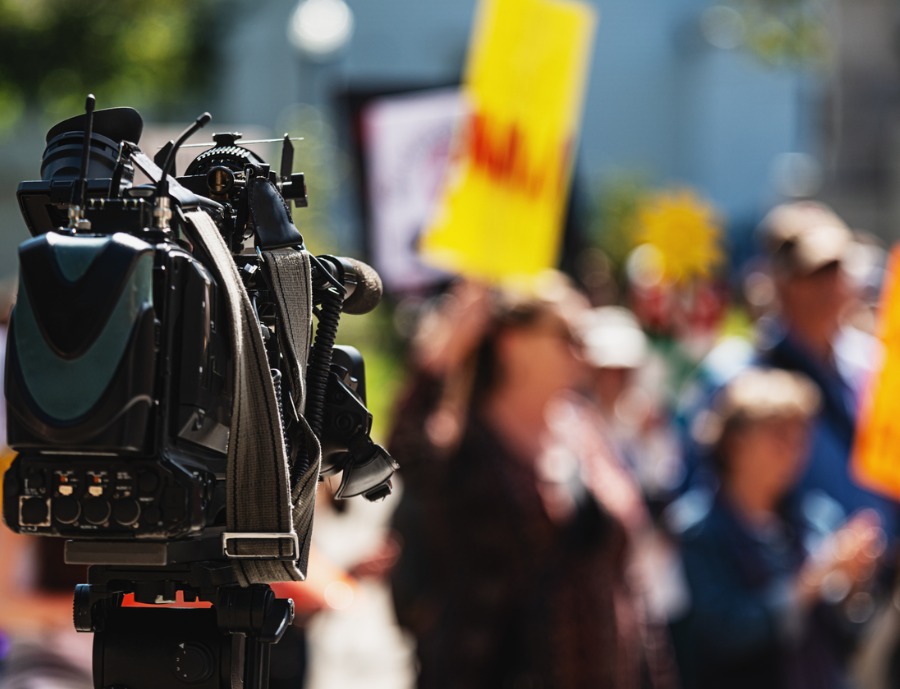 “Fake news” isn’t the only media problem in 2020. An important analysis in media trends of the past decade shows how activist journalism is promoting radical racial “wokeness.”

There was a time when the woke ideology was firmly ensconced in the ivory tower and limited to radical corners of our university system. But now it’s everywhere, and America seemingly can’t stop talking about race, racism, and anti-racism all the time.

More than that, the George Floyd protests have turned into the 1619 riots, where the very idea of America is being called into question as a part of some grand racial reckoning.

But where is all of this coming from?

An in-depth analysis at Tablet magazine from Zach Goldberg, a doctoral candidate in political science at Georgia State University, shows that at the very least, America’s most elite media institutions have been the conduit for these ideas to become ubiquitous.

Once obscure academic jargon like “white privilege” and “microaggression,” Goldberg notes in his Aug. 4 piece, has been picked up by liberal journalists while the word “racism” has been redefined.

As I wrote in my analysis of Ibram X. Kendi, Robin DiAngelo, and the “anti-racist” movement, racism is “not just an individual act of discrimination or prejudice toward a person or a people based on their race.”

Instead, racism is a “collective condition leading to inequities in society.”

Being racially colorblind or demanding equal treatment under the law now are considered racist if societal inequities persist.

In his Tablet piece, Goldberg lays out just how rapidly and widely “wokeness” has been disseminated among Americans. The chief culprit being media, more specifically elite media institutions such as The New York Times and The Washington Post.

That process accelerated over the summer, Goldberg writes, as countless articles in these elite publications, typically portrayed as straight news, “illustrate a prevailing new political morality on questions of race and justice that has taken power at the Times and Post—a worldview sometimes abbreviated as ‘wokeness’ that combines the sensibilities of highly educated and hyperliberal white professionals with elements of Black nationalism and academic critical race theory.”

“Wokeness” is a term most Americans were mostly unfamiliar with even a few years ago, but now its prevailing ideas are everywhere. Wokeness, which combines elements of Marxist ideology and critical race theory, increasingly has become the dominant ethos of America’s higher education institutions, newsrooms, and boardrooms.

The Surge in Race and Racism Talk Predated Trump

To those who may think that coverage of race and racism revived after the election of President Donald Trump in 2016, Goldberg’s analysis shows that this surge actually began years earlier, coinciding more closely with the beginning of President Barack Obama’s second term in office in 2013.

“In 2011, the terms racist/racists/racism accounted for 0.0027% and 0.0029% of all words in The New York Times and The Washington Post, respectively,” Goldberg writes, adding:

What we see over the past decade is a continual dramatic increase in usages of ‘racism’ and its variations. Moreover, the graph shows that this increase occurred a half decade before the arrival of Donald Trump. By 2019, they would constitute 0.02% and just under 0.03% of all words published in the Times and Post — an increase of over 700% and just under 1,000%, respectively, from 2011.

One can see how this has led to a transformation of public opinion, especially on the American left.

This development coincided with a large increase in white liberals saying that they knew someone whom they considered racist.

This perception didn’t change among nonwhite Democrats, though, and if anything, the trend was downward.

Increased Racism? Likely Not, Just an Increase in Progressive Drumbeating

Goldberg writes that it’s possible that these changes in opinion represent a genuine explosion of racism in America, and that white liberals are particularly perceptive to it.

However, he argues, it’s more likely that “ascendant progressive notions about race, reflected in a steady drumbeat of reporting and editorializing on the subject from leading national media outlets, encouraged white liberals to label a larger number of behaviors and people as racist.”

Goldberg’s analysis demonstrates how elite institutions are generating broad cultural shifts in American society and how the radicalism of college campuses no longer is contained to college campuses.

America’s most powerful newsrooms not only are biased, they are engaging in widespread activism and leading the charge in America’s cultural revolution—whether or not this trend reflects the opinion of the majority of Americans.

Jarrett Stepman is a contributor to The Daily Signal and co-host of The Right Side of History podcast. Send an email to Jarrett. He is also the author of the new book,  The War on History: The Conspiracy to Rewrite America’s Past.