How the Government is Causing a Credit Card Debt Crisis

The bill that ultimately comes due is going to be a big one. 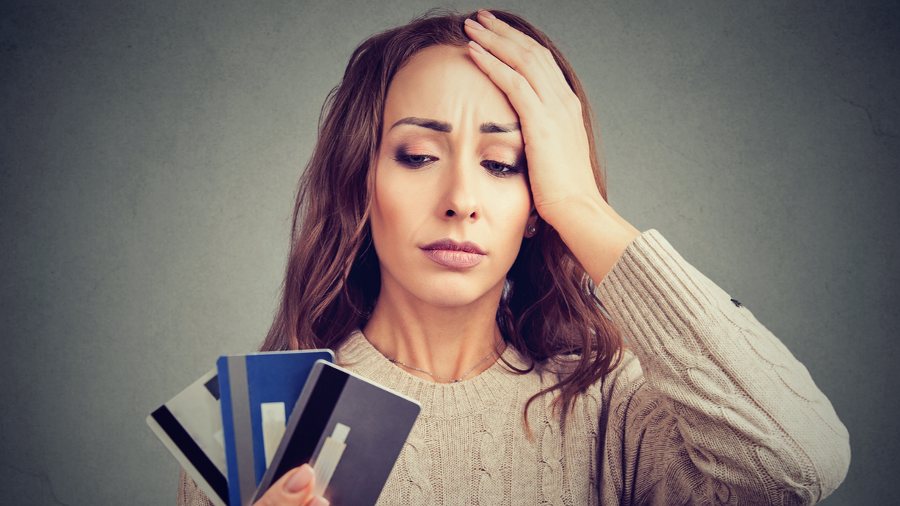 Inflation still isn’t letting up, and it’s a top concern for Americans right now. But we just learned of yet another way surging prices are hurting families — leading them into huge amounts of credit card debt.

Racking Up the Debt

“More Americans are racking up credit card debt as inflation pushes up the cost of food, utilities and other staples,” CBS News reports. “60% of credit card holders have been carrying balances on their cards for at least a year, up 10% from 2021.”

This is a serious problem for many families.

It will take many years of study for us to fully understand all the different ways these reckless policies are hurting American families, but one thing is clear: the bill that ultimately comes due is going to be a big one.

“It’s even harder to get out of debt when it’s spending on necessities that got you into that position in the first place,” Creditcards.com analyst Ted Rossman told CBS. “These expenses aren’t easily avoided.”

Americans now owe $887 billion in credit card debt, according to the Federal Reserve Bank of New York. That’s up 13% from 2021!

A Spiral Out of Control

Credit card debt is nothing to sneeze at. Because of the way it’s structured, it can quickly become exorbitantly expensive and ultimately cost much more than the original purchases.

“Credit card debt accumulates when you don’t pay off your credit card in full by the end of each billing cycle,” NationalDebtRelief.com explains. “When the balance is carried over to the next billing period, interest accrues in the form of the annual percentage rate (APR). APR is the percent of interest charged on purchases, cash advances, and balance transfers, and it compounds. This means that interest grows on top of interest and the longer you take to pay off a debt, the more you’ll owe.”

The website offers one illustrative example that shows how quickly credit card debt can spiral out of control. If you borrow $10,000 on a card with a 25% rate and only make the minimum payments, you will ultimately have to pay back more than $30,000 — and it’ll take almost 30 years!

The Federal Government Caused This

Thanks to inflation eroding their paychecks and sending their expenses skyrocketing, many American families are finding themselves facing this potential scenario. And it’s important to remember that this isn’t some abstract economic phenomenon. The federal government caused inflation through its reckless fiscal and monetary policies during the pandemic.

It printed trillions of new dollars out of thin air and ran up multi-trillion-dollar deficits on wasteful “stimulus” spending. The inevitable result of this flood of dollars chasing the same number of goods (or even a smaller number) was always going to be higher prices. And that’s exactly what has happened.

But, as the credit card debt problem shows, the second-order consequences of the government’s bull-in-a-china-shop interventions are playing out far beyond just price hikes. It will take many years of study for us to fully understand all the different ways these reckless policies are hurting American families, but one thing is clear: the bill that ultimately comes due is going to be a big one.

The Costs of Inflation