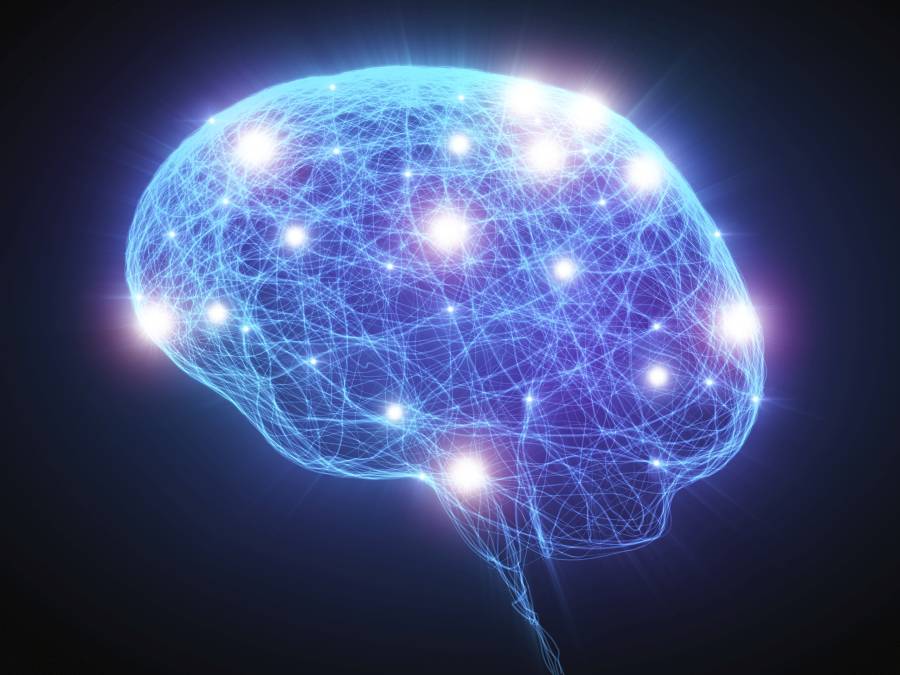 Your brain is amazing.

Weighing in at three pounds, it contains roughly 90 billion nerve cells — called neurons — with trillions of cell connections — called synapses. When connected together, these synapses form back roads, highways, and superhighways in your brain that signals travel along.

Brain scientists used to think the brain was like a fixed machine — that it couldn’t be changed. However, we now know that the brain has the ability to change continuously throughout an individual’s lifetime. This is referred to as neuroplasticity. In fact, your brain changes every time you think.

Consider how you would learn to play the guitar. As you play the G chord, your brain sends a signal to your fingers telling them what to do. As that signal moves from neuron to neuron, those activated nerve cells form connections. Neuroscientists like to say, “Neurons that fire together, wire together.” As a result, these newly connected neurons form pathways.

It’s because of this biological phenomenon that you have the ability to pick up a guitar after years of practice and are able to play with very little effort.

Now consider how years of prolonged exposure to watching pornography affects your brain.

Pleasure Systems in the Brain

In his book Wired for Intimacy, neuroscientist William Struthers says, “With repeated sexual acting out in the absence of a partner, a man will be bound and attached to the image and not a person.”

This is why many people prefer virtual pornography to real sex. In the book The Brain That Changes Itself, psychiatrist and researcher Norman Doidge talks about two pleasure systems in the brain: the exciting-pleasure system and the satisfying-pleasure system. The first deals with anticipation, while the second deals with satisfaction.

During anticipation, dopamine is released. Dopamine is a neurochemical associated with feelings of euphoria, bliss, motivation, and concentration. It’s often referred to as the “feel-good hormone.”

Internet pornography — with its endless images of naked women — provides bursts of dopamine in the brain with each new image. The brain is constantly ramped up into higher levels of excitement.

As time goes on, pornography users need more dopamine to get the same feeling — the same “high.” I believe this is why many who watch pornography on a regular basis describe their experience as an addiction similar to drug use.*

Consequently, habitual pornography consumers constantly need both novelty of images and variety of images to get aroused. The porn-affected brain is primarily addicted to novelty, not sex. It’s chasing after new naked women, new unrealistic scenarios, and new sexual positions. This is why some will spend hours scrolling through hundreds of images at a time.

Pornography is all anticipation and no satisfaction. It provides exaggerated levels of excitement, which no real woman could ever provide. After all, a real woman — no matter how attractive — is still only one woman.

For example, oxytocin — also known as the “love hormone” — helps create strong feelings of attachment, calmness, and security. In women, oxytocin is released during childbirth and breastfeeding and helps solidify the bond between mother and child. This chemical is also released during sex. This helps women bond to their mate — to their source of pleasure. In men, there’s a hormone called vasopressin that does something similar. It’s linked to monogamy in males.

Human beings are incredible creatures designed to be in monogamous relationships. We are wired for pair bonding. But, again, think about the implications for the pornography user. Because of these important neurochemicals, they become unnaturally wedded to pornography — to pixels on a screen.

Given how the brain works, it’s easy to see how pornography leads to sexual bondage, not sexual freedom. All of this is bad news for those trying to stop watching pornography.

Ultimately, those addicted to pornography need more than a brain change. They need a heart change. Jesus said,

Truly, truly, I say to you, everyone who practices sin is a slave to sin. The slave does not remain in the house forever; the son remains forever. So if the Son sets you free, you will be free indeed. (John 8:34–36)

Freedom from sin begins with giving your life to God. When we put our faith in Christ, God gives us a new heart and puts his Spirit within us so that we can walk in newness of life (Ezekiel 36:26). He sets us free from the bondage of sin and gives us the power to overcome the power of sin — including the power of pornography.

*Some argue that this should be classified as an addiction.

Originally published at Stand to Reason.org. Republished with permission.

When ‘Christianity’ is Pointless