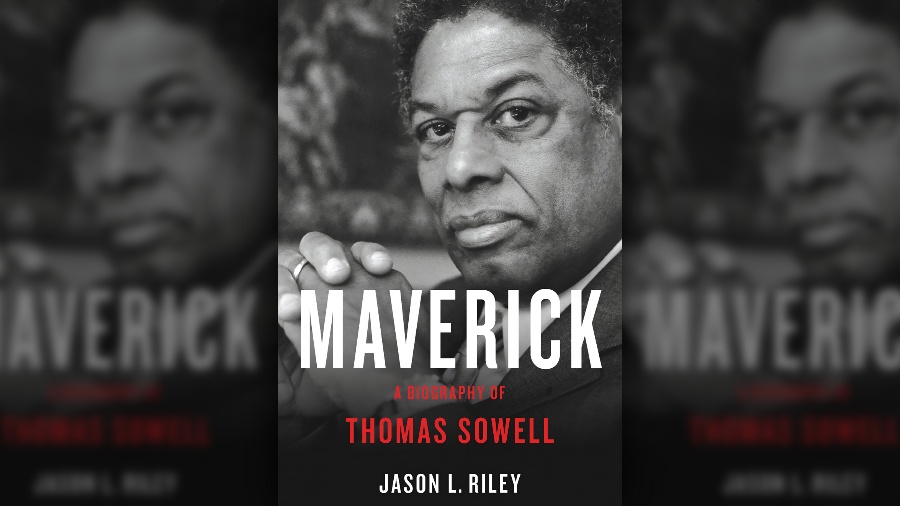 “Maverick: A Biography of Thomas Sowell,” by The Wall Street Journal's Jason Riley.

The following is excerpted from Jason Riley’s new book, Maverick: A Biography of Thomas Sowell, about the iconoclastic economist. The book is available here.

The economist Thomas Sowell distinguished himself in the early 1970s as a critic of the traditional civil rights leadership, but in earlier decades he had been optimistic about the direction of the civil rights movement.

Sowell was born into an extremely poor family in rural Gastonia, North Carolina, during the Great Depression and raised in a New York City ghetto in the 1940s.

Like many other blacks of that time and in those places, his family was uneducated. The men mostly worked as laborers or in the service sector, and the women typically were domestics. Racist laws had reduced opportunities for black Americans and thus limited their upward mobility.

Sowell had attended segregated schools and had lived in segregated cities. He’d been turned away from restaurants and housing because of his skin color. He’d felt the pain and humiliation of racism firsthand throughout his life. He needed no lectures from anyone on the evils of Jim Crow.

Sowell lived in Washington, D.C., in the early 1950s and worked as a government clerk. A longtime hobbyist photographer, he would sometimes wander around the city with a camera and take pictures in his spare time.

“I found it a pain that I could not simply walk into a restaurant and get something to eat when I was hungry,” he once wrote. “At a number of fast-food places downtown, whites could sit down and eat, but blacks could only eat standing up at the counter. I went hungry rather than subject myself to that.”

He sent a letter to a local newspaper, the now-defunct Washington Star, urging the city to desegregate its public schools.

In 1960, when Sowell was in graduate school at the University of Chicago, a friend who taught at a black college in Alabama sent him some news clippings about protests in the South. Sowell wrote back that he “was very proud of the way our people have sprung to life and the good judgment with which things had been handled.”

He added that it was “particularly interesting that 18 of the 21 Negro restaurant workers in Atlanta refused to help the owner clear the steam table. Who would have believed this possible 10 years ago?”

Yet by 1962, he was already beginning to have doubts about this approach to addressing racial inequality.

“The more I follow the integration struggles of the South, the more I am inclined to be skeptical as to the actual fruit of it all,” he wrote in a letter to a former roommate at Harvard. “It is awkward to stand on the sidelines and criticize people who are suffering for their ideals, and yet the question must be asked, ‘What is this going to do?’ There seem to be so many other things with greater priority than equality-of-public-accommodation that the blind preoccupation with this one thing seems almost pathological.”

As he saw it, “the fervor generated in the fight for ‘integration’ in all things at all costs seems more an emotional release than a sensible movement toward something that promises a worthwhile benefit.”

For Sowell, it was already clear that the pursuit of equal rights involved trade-offs. Time and resources directed at one thing leave less time and fewer resources to direct at something else.

He later wrote, “Given all the urgent needs for more and better education, for example, and for all the things that can be obtained with the fruits of work skills and business experience, how much time and effort could be spared for endless campaigns to get into every hamburger stand operated by a redneck?”

But in addition to thinking activists were doing a poor job of picking their battles, Sowell was increasingly bothered by the way black leaders seemed to be much too concerned with white approval.

In Washington at the time, “there happened to be some fifth-rate college—I’m not even sure whether it was accredited—that would not admit blacks,” he wrote. “I thought the local civil rights groups did the right thing when they denounced this racial policy, but I was appalled that they actually invested further efforts in trying to get the policy changed.”

“Not only did this seem like an investment that ought to be put somewhere else, it annoyed me that we seemed to be constantly seeking acceptance and validation by white people—any white people at all, anywhere.”

The civil rights leadership would continue down this path in the decades to come. Well into the 21st century, black leaders still often seemed far more interested in seeking slavery reparations and toppling Confederate statuary than in offering poor black families an escape from failing public schools.

Activists were continuing to pursue white validation as the end-all, be-all, now especially through the movement Black Lives Matter.

Sowell had witnessed these trends in their earliest iterations more than a half-century ago, and it turns out that he was right to suspect that they would do little, in and of themselves, to narrow racial disparities.

Jason Riley is a senior fellow at the Manhattan Institute and a columnist for The Wall Street Journal.