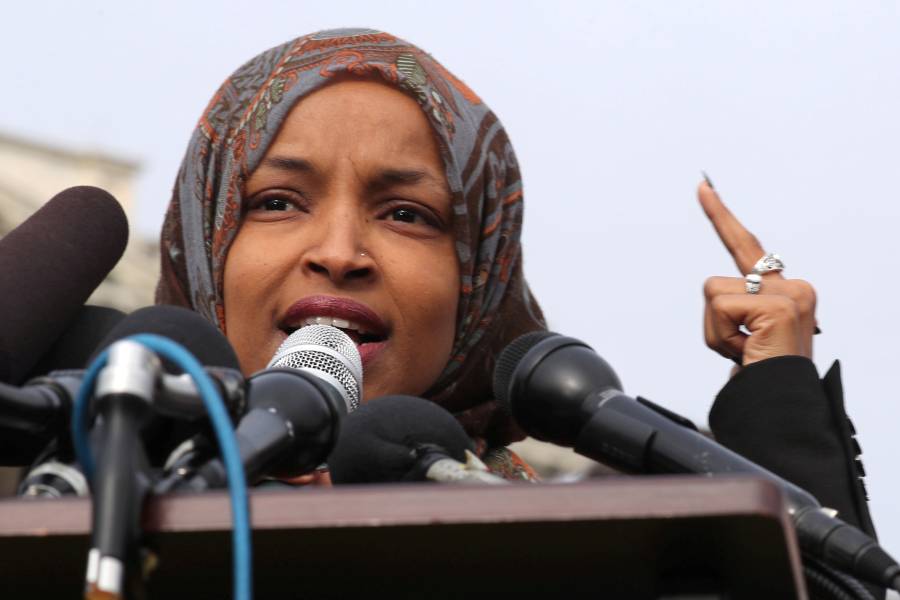 To paraphrase The Sound of Music, how do you solve a problem like Ilhan Omar? The Democrats have tried blaming her repeated anti-Semitic ravings on Republicans (for daring to complain about them), calling it a misinterpretation of what she said. (She was merely criticizing the business practices of a specific pro-Israel lobbying group, which she plainly was not). Then defusing her words by passing a meaningless non-binding resolution that says they’re opposed to bad things in the whole general area of prejudice without mentioning any names, of course.

The media have been eager to trumpet those transparent excuses like the good Democratic Party PR flacks that many of them are. Unfortunately, this requires even the “paper of record” (now a broken record), the New York Times, to make up “fake news” in order to sell the narrative. Like attacking the pro-Israel PAC that the Dems tried to deflect the heat to with a hit piece filled with inaccuracies, much of it based on quotes from someone who hasn’t worked for that PAC for years.

So what feeble dodge is left to disguise the fact that there’s a growing anti-Semitic far-left insurgency in the Democratic Party, and the old line leaders are too intimidated to call it out? Well, here’s a new one: Omar simply didn’t know what she was saying!

Inflating this trial balloon was Illinois Rep. Jan Schakowsky, who told an interviewer, “She comes from a different culture. She has things to learn. I am not either trivializing anti-Semitism or the things that she said or saying that it’s okay that she said them. But what I am saying is that I think this is a learning moment for her and a learning moment for the caucus on how to get along.”

Speaker Nancy Pelosi also gave that brand of double-talk a spin, saying, “I don’t think our colleague is anti-Semitic. I think she has a different experience in the use of words, doesn’t understand that some of them are fraught with meaning that she didn’t realize… .”

This defense seemed oddly familiar to me, but then I finally remembered where I’d heard it before: the late comic Phil Hartman’s “Unfrozen Caveman Lawyer” sketches on Saturday Night Live:

Ladies and gentlemen of the jury, I’m just a caveman. I fell on some ice and later got thawed out by some of your scientists. Your world frightens and confuses me! Sometimes the honking horns of your traffic make me want to get out of my BMW and run off into the hills, or wherever. Sometimes when I get a message on my fax machine, I wonder: ‘Did little demons get inside and type it?’ I don’t know! My primitive mind can’t grasp these concepts… .

In other words, she’s lived in the US for 24 years and is savvy enough to use common anti-Semitic slang like “It’s all about the Benjamins, baby” and the Jews have “hypnotized” the world, but she’s from such a sheltered culture that she can’t possibly understand what those words mean or why they might be offensive. If we raise an eyebrow at that, then how dare we be intolerant of her culture?

Will that excuse actually work in real life? I guess the Democrats are betting that we all have primitive caveman brains.

Dear SNL: Do Not Joke About a ‘Hitler Beauty Contest’

Will the Democratic Party Turn Anti-Semitic?