Chambers was quite willing to accept that he had joined, essentially, a terrorist organization, so long as he could see it as for the greater good. 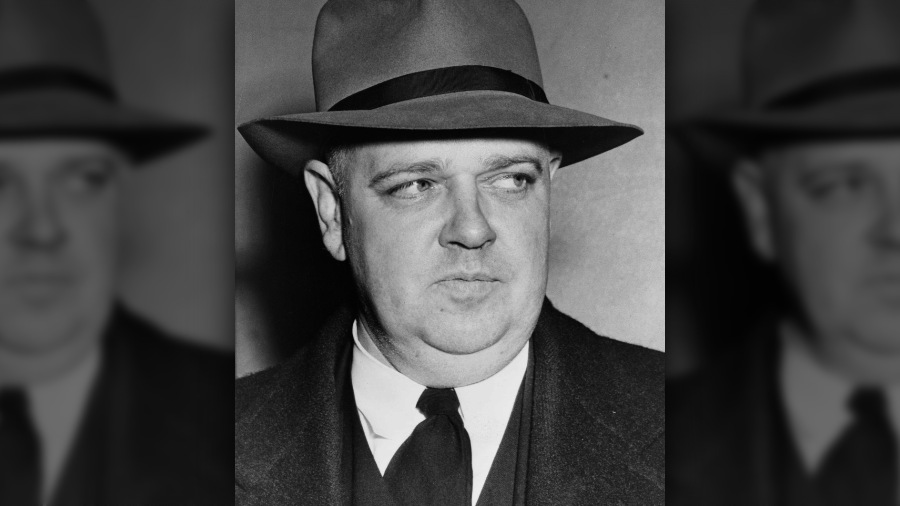 American writer Whittaker Chambers (1901–1961) sparked McCarthyism (a witch hunt against suspected Communists at high levels in the U.S. government in the early 1950s), during the trial of State Department official Alger Hiss. Senator Joseph McCarthy began his eponymous crusade against communists largely because Chambers had exposed Hiss as a Communist spy.

Chambers, a senior editor at Time Magazine, knew that Hiss was a spy because Chambers himself was a spy who worked closely with Hiss and was in fact a very close friend. Which begs the question, why would a spy turn in his closest friend, as well as imperil himself?

To understand the question and provide an answer, Chambers wrote an account of his conversion experience, and the great personal suffering he faced as a result, in the fascinating book Witness (1952). Witness, while true, reads like a well-written spy novel. Chambers delves deep into the psychological reasons why Communism felt so compelling, and yet why he ultimately turned on his very reason for existence. In fact, the rejection of Communism and all that it meant for him pushed him to consider suicide multiple times.

To illuminate his existential dilemma, I’ve arranged a number of excerpts from the 2014 edition:

Chambers found Communism compelling because it seemed to him the most logical expression of man living in a world without God. Thus it had a religious aura, dealing ultimately with life and death.

“Communists are that part of mankind which has recovered the power to live or die-to bear witness-for its faith. And it is a simple, rational faith that inspires men to live or die for it.”

“Its promise was whispered in the first days of the Creation under the Tree of the Knowledge of Good and Evil: ‘Ye shall be as gods.’ It is the great alternative faith of mankind.”

“It is the vision of man, once more the central figure of the Creation, not because God made man in His image, but because man’s mind makes him the most intelligent of the animals.”

“An educated man, peering from the Harvard Yard, or any college campus, upon a world in chaos, finds in the vision the two certainties for which the mind of man tirelessly seeks: a reason to live and a reason to die. No other faith of our time presents them with the same practical intensity.”

And yet Chambers did not have any illusions about the nature of Communism:

“What man can call himself a Communist who has not accepted the fact that Terror is an instrument of policy, right if the vision is right, justified by history, enjoined by the balance of forces in the social wars of this century?”

“The Communist Party, despite occasional pious statements to the contrary, is a terrorist organization.”

“That was the horror of the Purge — that acting as a Communist, Stalin had acted rightly, In that fact lay the evidence that Communism is absolutely evil. The human horror was not evil, it was the sad consequence of evil.”

However, interestingly enough, the first crack in Chambers’ worldview came from a sense of design in nature, contemplating his small daughter:

“‘The thought passed through my mind: “No, those ears were not created by any chance coming together of atoms in nature (the Communist view). They could have been created only by immense design.”

“If I had completed it, I should have had to say: Design presupposes God. I did not then know that, at that moment, the finger of God was first laid upon my forehead.”

Through that crack, he for the first time became able to hear his human soul, and what Communism was doing to his soul:

“‘He hears them for the first time. For they do not merely reach his mind. They pierce beyond. They pierce to his soul. He hears them for the first time because a soul in extremity has communicated with that which alone can hear it — another human soul.’ I did not know what had happened to me. I denied the very existence of a soul. But I said: ‘This is evil, absolute evil. Of this evil I am a part.’”

From the twin realizations of the existence of the soul and of absolute good and evil, the rest of the Communist facade fell like shattered glass.

“What fell was the whole web of the materialist modern mind — the luminous shroud which it has spun about the spirit of man, paralysing in the name of rationalism the instinct of his soul for God, denying in the name of knowledge the reality of the soul and its birthright in that mystery on which mere knowledge falters and shatters at every step.”

Chambers summarized these dual prongs of design in nature and the reality of the mind as the key insights to defuse the materialist underpinnings and obsession with control that form the basis of Communism:

Eric Holloway has a Ph.D. in Electrical & Computer Engineering from Baylor University. He is a current Captain in the United States Air Force where he served in the U.S. and Afghanistan. He is the co-editor of the book Naturalism and Its Alternatives in Scientific Methodologies. Dr. Holloway is an Associate Fellow of the Walter Bradley Center for Natural and Artificial Intelligence.