How Compromised Preaching is Contributing to Our Cultural Rot 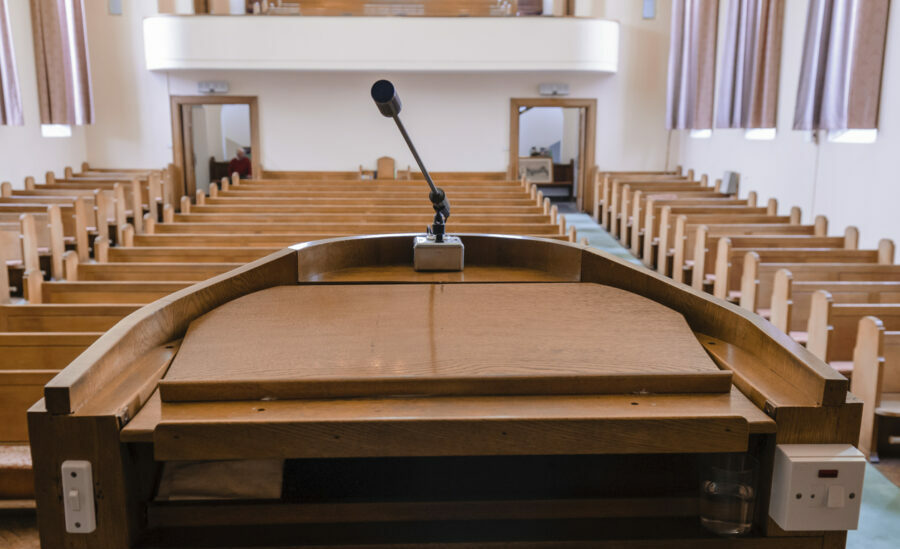 Church leaders greatly influence their followers, for better or for worse. And since Christian believers are called to be the salt of the earth and the light of the world, if we are not fulfilling our moral and spiritual duties, this will have a deleterious effect on the nation.

Pulpit Not Longer is as Impactful … But Should Be

To be sure, America is not as influenced by the pulpit as it was in 1873, when Charles Finney preached that, “If the public press lacks moral discrimination… If the church is degenerate and worldly… If the world loses its interest in religion… If Satan rules in our halls of legislation… If our politics become so corrupt that the very foundations of our government are ready to fall away, the pulpit is responsible for it.”

Yet with 70 percent of Americans still professing Christianity and with evangelical Christians alone making up roughly 25 percent of the population, the Christian leaders of the nation remain influential, for better or worse.

In that light, a recent Barna survey gives lots of cause for concern, especially when it comes to the message being preached by Christian leaders.

As reported by Decision magazine, “A new study from the Cultural Research Center at Arizona Christian University (ACU), guided by popular pollster George Barna, has found that just 37% of Christian pastors in the United States have a Biblical worldview.”

Or, viewed from another angle, rather than Christian leaders equipping their people to swim against the tide of the culture, they too are being carried by the current of the age. And that, in turn, means that the light is not shining and the salt is not being salty.

It is a vicious cycle of moral and spiritual deterioration.

In short, when the doctors are spreading disease rather than curing disease, the populace is in big trouble.

Decision reports that, “The survey looked at eight different categories of belief and behavior, including family and the value of life; God, creation and history; personal faith practices; and sin, salvation and one’s relationship with God.”

Predictably, the heart of the problem can be traced back to beliefs about the Bible: “The survey found that the category with the lowest percentage of pastors holding a Biblical worldview is the one related to beliefs and behaviors about the Bible, truth and morality.”

As for the larger population (not just professing Christians), the survey found that “just 2% of the parents of preteens” held to a biblical worldview, along with “men (2%), women (4%), whites (4%), blacks (2%), Hispanics (less than one-half of one percent), and less than one-half of 1% among those who identify as LGBTQ.”

As I wrote in 2017, “We have believed that we should blend in and not rock the boat, showing the non-believers around us that we’re no different than they are. But while it’s important to be contributing members of the society, and while we’re called to be peacemakers not troublemakers, we are also called to swim against the tide and go against the grain. We are called to show the world a better way

“Sadly, many Christian leaders have put more emphasis on discovering what’s trending in society than learning what’s on God’s heart. In their quest to become relevant, they have become irrelevant.”

To be sure, there are many healthy leaders and healthy congregations in America. And there are always questions about the precise accuracy of polls and the nature of the questions that are asked.

May God bring a true revival to His people, starting with Christian leaders across the land. May the awakening begin with us!