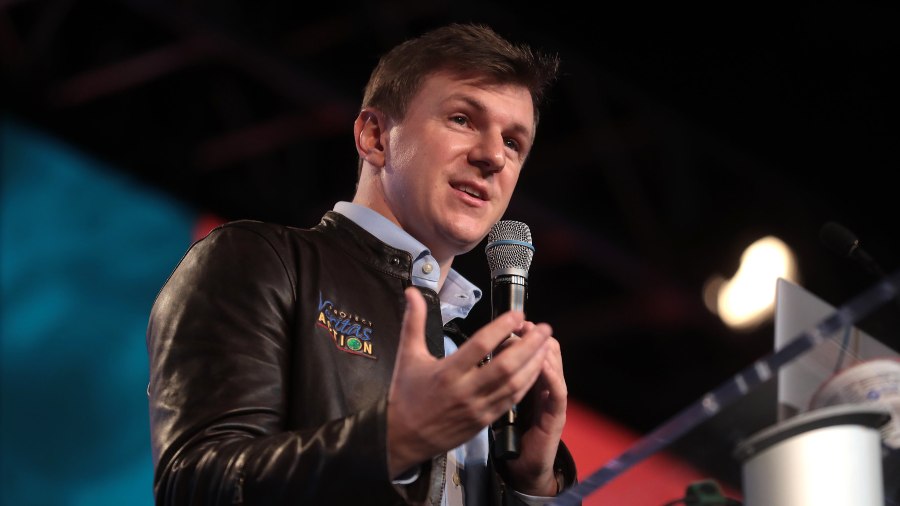 House Republicans are calling for a congressional investigation into the FBI’s raid on and seizure of information from Project Veritas’ James O’Keefe and potentially other government actions against a free press.

“I have called for a specific investigation into how some of those tools were used against Project Veritas,” Rep. Matt Gaetz, R-Fla., told The Daily Signal in a brief interview after a House GOP forum on press freedom.

“So, I want to be a little more specific than just a general review of the law and subject area. I want to see if, in this particular case, the standards that the Department [of Justice] sets and that are set in law may have been violated,” Gaetz said.

The FBI raided O’Keefe’s home and the office of Project Veritas in November seeking information about the allegedly stolen diary of Ashley Biden, the daughter of President Joe Biden, that a source had given to him.

After opting against reporting on the contents of the diary, O’Keefe brought it to police and did not have possession of it when federal authorities raided his home.

O’Keefe told members of Congress at the forum about how FBI agents took a battering ram to the door of his home and handcuffed him.

“Our objective here is to vindicate a free press,” Gaetz said. “I don’t think the specific substance of Ashley Biden’s diary is as important as these broader principles that seem to be implicated by the government’s control.”

During the forum, the Florida Republican told the witnesses testifying at the hearing and fellow members of Congress, “As we prepare for our time in the majority, it is not enough to pass laws and believe those laws will have their own fiat.”

“It has to be done on the front end, and then there has to be rigorous and aggressive oversight on the back end. Based on my review of the facts in Mr. O’Keefe’s case, we ought to launch an investigation, immediately upon taking the majority, not just of this policy area, but of this particular circumstance regarding Project Veritas, because it unlocks so many things,” he said.

Rep. Andy Biggs, R-Ariz., who chaired the hearing-style forum held at the FreedomWorks headquarters in Washington, concurred with Gaetz about the need for a congressional investigation.

“One thing that should frighten every American is when the freedom of the press is threatened by the weaponization of the state police apparatus,” Biggs told The Daily Signal shortly before the forum, which focused on testimony from O’Keefe and Sharyl Attkisson, host of the TV newsmagazine program Full Measure and a former CBS News reporter.

“Neither side of the partisan aisle should tolerate any kind of aggressive attempt to silence or censor speech, and particularly of a free press,” Biggs said.

While the mainstream media frequently reacted to former President Donald Trump’s verbal attacks on certain journalists and news outlets, Biggs said that’s not comparable to turning law enforcement against unfavored media outlets, which has been done in the Biden administration and previously in the Obama presidency.

“On one hand, you have a president actually exercising his First Amendment speech being critical of the Fourth Estate,” Biggs told The Daily Signal. “On the other hand, you had administrations weaponizing and using the police apparatus to go against people that they wanted to stifle. I think that’s a huge difference.”

The event was not a formal House hearing or associated with a committee. It’s a common practice for the both parties when they’re in the minority to hold hearing-style forums with witnesses taking questions from members of Congress.

The Reporters Committee for Freedom of the Press and the liberal American Civil Liberties Union both objected to the raid and the secret warrants that preceded it. For that reason, O’Keefe said, there should be bipartisan support to ensure that what happened to him won’t happen to other journalists.

O’Keefe urged lawmakers to enact requirements that, before subpoenas, warrants, or orders seeking to seize journalists’ information, the government must first give notice, provide a hearing to the journalist, and place the burden of proof on the government to provide clear and convincing evidence for the need to seize information.

He also called for Congress to codify the right of any journalist to challenge any subpoenas, warrants, or orders to seize information.

O’Keefe said he also would like to see a congressional investigation, and “If I’m wrong, and there isn’t bipartisanship on this issue, then we’re doomed.”

He noted that Attorney General Merrick Garland has stated the burden of proof should be higher in obtaining information from a news outlet.

“What is their answer to the question on why they didn’t follow the law and the procedures outlined by the attorney general, United States, and all? It’s as simple as that,” O’Keefe told The Daily Signal. “Now, we need to make sure that the legislative branch of government prevents this from ever happening to anybody else.”

“When it involves a journalist, you have to have the clear and convincing standard prior to the execution of the search warrant,” O’Keefe continued. “In other words, you have to see what the allegation is, because it’s circular reasoning to say that we need to see your source material for you to prove that you didn’t do anything wrong.”

O’Keefe noted that Josh Gerstein — one of the Politico reporters who broke the story about the leaking of a draft Supreme Court opinion reversing the 1973 Roe v. Wade ruling — rightly isn’t facing any legal consequences. But he noted the irony that his trouble came after opting against publishing any content from the diary he obtained.

“Gerstein publishes the Roe v. Wade opinion, and it’s right that he sleeps in his bed comfortably at 5:30 in the morning, not being woken up by federal agents. I don’t think he should be,” O’Keefe told The Daily Signal. “It’s ironic that in this case, we did not publish the document. We attempted to corroborate the allegations in the document. Yes, we endeavored to do that. And they’re punishing us for attempting to. They’re punishing us for calling the Biden campaign for comment.”

Rep. Michael Cloud, R-Texas, noted at the hearing that in some cases, government bureaucrats might realize they can’t ultimately win the case against journalists, but use their power as a chilling effect on reporting.

Project Veritas founder James O'Keefe: "The whole idea of journalism is to get sources to trust you." pic.twitter.com/sY5Bg7h1g1

Attkisson has been in litigation after first learning in 2011 that the Justice Department had spied on her during the Obama administration. She said the conduct is part of a long-standing culture at the FBI and intelligence agencies.

“Our intelligence agencies, including the FBI, are made up of public servants paid with public money. They operate largely in the dark,” Attkisson told the panel of lawmakers. “Many of them we know do a great job. Unfortunately, even the little evidence that has become public reveals disturbing facts. There are agents and officials who are capable of great abuses, and it’s not rare.

“Too often, the whistleblowers in these cases — when we find out about them — get punished, while the abusers and criminals get a pass. The implicit message is lost on no one,” she added.

Sharyl Attkisson: "Rather than demanding accountability, I think we've slipped into a sort of 1984 style of acceptance." pic.twitter.com/JbafKxKJVI

She noted the CIA, the National Security Agency, and the FBI targeted members of Congress, and later journalists, including reporters from Fox News and The Associated Press.

“They secretly intruded upon and monitored my computers and devices and those of my family while I worked at CBS News,” Attkisson told the members of Congress.

She later added, “After CBS News officially announced the spy operation against me, I attended an investigative journalism conference where one executive from each major network pulled me aside and told me they felt certain the government was surveilling them, too. Imagine how this impacts what we report and what our bosses allow us to report.”

This is part of a bigger censorship push, said Biggs, the Arizona congressman. He said there is also a significant problem with politicians pushing Big Tech companies to censor content.

“One of our biggest threats to our society is the marriage of Big Government to Big Business and particularly Big Tech business,” Biggs said. “And if that’s happening, that really becomes something that should be treated as fascism.”

Raid on Project Veritas ‘Is a Scandal of Epic Proportions’