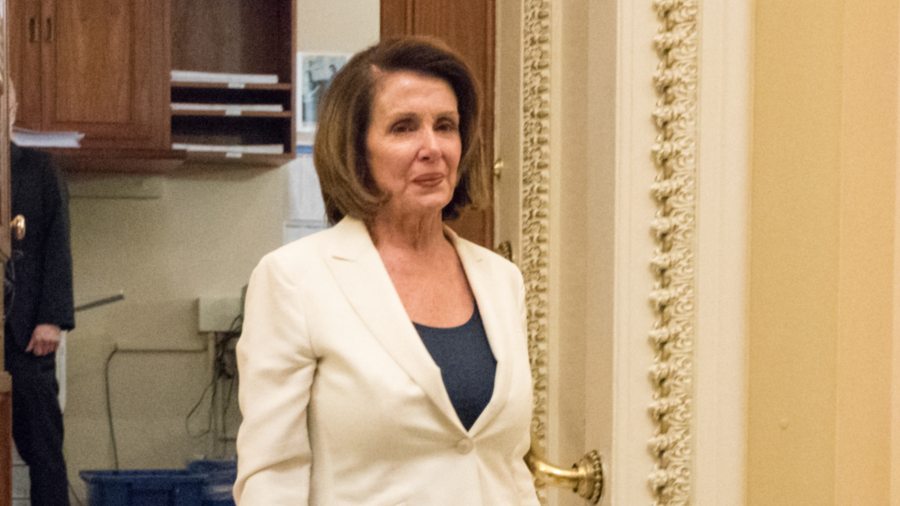 The House vote completed about 11:30 p.m. was 228-206, with 13 Republicans joining all but six Democrats in support of the infrastructure spending plan and sending President Joe Biden a much-needed victory for his signature.

Democrats have 221 seats in the House, Republicans hold 213. One seat is vacant.

“We will have a Thanksgiving gift for the American people in a way that is historic and transformative,” Pelosi, D-Calif., told reporters late Friday on Capitol Hill.

Pelosi made the promise after winning approval of a procedural rule to make the social spending bill easier to pass, to get the party’s progressive wing on board for the more popular infrastructure measure.

Even so, Ocasio-Cortez and five other progressives voted against the infrastructure bill, which they long had demanded be considered at the same time as the less popular social spending bill.

The price tag of the social spending measure is down from the $3.5 trillion originally proposed by Biden and congressional Democrats and dubbed the Build Back Better Act, a name that echoes Biden’s 2020 campaign slogan.

On the House floor later in the night, Pelosi said the social spending bill not only would pass before Thanksgiving but would be more “transformative” than the Affordable Care Act, better known as Obamacare.

“This is even bigger than that, in fact it strengthens the Affordable Care Act,” she said.

Congress passed the Affordable Care Act in late 2009 and early 2010 without a single Republican vote.

“These two bills will make, as the president says, a generational change for our country,” Hoyer told reporters. “I believe the votes today, to pass the infrastructure bill and provide for a path forward by adopting the rule for the passage of the Build Back Better legislation will be a giant step forward. And I am absolutely convinced beyond a doubt, that before Thanksgiving, the week of the 15th, we will pass the Build Back Better legislation.”

House members spent much of late afternoon and early evening Friday voting on a motion to stop debate on the social spending bill, as Republicans opposed it and five centrist Democrats insisted on seeing a score on the cost from the Congressional Budget Office.

“We’ve had five members of the other party say they will not vote for this bill unless they had a CBO score,” Rep. Tom Cole, R-Okla., said on the House floor, referring to Democrats. “I hope they hold true to that. We simply should not proceed until we have a CBO score.”

“We’ll have our differences of opinion — fair enough,” Cole said. “But the American people and all of us in this chamber ought to know what this bill costs before any us are asked to cast a vote.”

Senate and House Republicans have been nearly united in opposition to the $1.7 trillion spending bill, which conservatives view as a slimmed-down wish list of the left’s big-government socialism policy goals, for which the price tag originally was more than double at $3.5 trillion.

Biden and other Democrats have claimed repeatedly that the massive social spending bill has “zero cost” and is “paid for.”

But conservatives dismissed this narrative.

“The bill’s passage speeds up the reckless socialist spending bill. This is a harbinger for future economic problems,” David Ditch, a policy analyst in the Hermann Center for the Federal Budget at The Heritage Foundation, said in a written statement released immediately after the vote. Ditch added:

The plan expands far beyond the traditional definition of infrastructure to include radical social objectives and a ‘Green New Deal 2.0.’ It spends tens of billions on subsidizing electric vehicles and charging stations, electric buses, electric ferry boats, ‘green’ energy production, mandating reports on climate change, and even half a billion dollars to try to cool down pavement in cities.

Rep. Jason Smith, R-Mo., spoke on the House floor about the infrastructure bill’s chaotic path to a vote there.

“It has been quite a ‘Groundhog Day’ when you watch what has been going on with this legislation over and over,” Smith said, referring to the 1993 movie comedy in which the protagonist, played by Bill Murray, keeps waking up to face similar circumstances.

Heritage Action for America, a conservative grassroots organization that counts almost 2 million activists nationwide, released a statement from Executive Director Jessica Anderson on the pending vote on the infrastructure bill. (Heritage Action is the grassroots partner of The Heritage Foundation, parent organization of The Daily Signal.)

“Democrats’ sweeping losses this week in Virginia and so many other places is the first sign that Americans have rejected President Biden and Speaker Pelosi’s extreme agenda,” Anderson said, adding:

Within the same week, Democrats in Congress ignored Americans and pressed forward with their radical plan to fundamentally remake America. Tonight’s vote on the first part of the Democrats’ leftist agenda is the most out of touch that Congress has been since the passage of Obamacare. Any member who votes for the infrastructure bill is effectively voting yes for the entire ‘Build Back Broke’ plan and the left’s extreme agenda.

The Senate passed the infrastructure spending measure in July, when 19 Republicans, including Senate Minority Leader Mitch McConnell of Kentucky, voted for it with 48 Democrats and two independents (Bernie Sanders of Vermont and Angus King of Maine) who caucus with the Democrats.

The Congressional Budget Office estimated that the Senate-passed infrastructure spending bill would increase federal budget deficits by $256 billion as well as drive up the per-household national debt, Ditch noted.

What’s in the Infrastructure Bill?

The bipartisan infrastructure bill would spend about $65 billion to expand broadband internet service. Of that, about $3 billion would go toward “achieving digital equity,” which includes ensuring that prison inmates have high-speed internet.

The infrastructure legislation also would devote $55 billion to local water systems and includes $100 billion worth of infrastructure grants that the Department of Transportation would distribute to local communities.

The bill would spend $1 billion for a “reconnecting communities” program aimed at doing away with major highways in urban communities. It would fund mass transportation and Amtrak at the same rate as roads, even though individual drivers make up a significantly larger number of those traveling.

The infrastructure bill, as Heritage’s Ditch noted, would spend billions on subsidies for electric vehicles as well as for charging stations for those vehicles, electric buses, and electric ferry boats, and to attempt to cool pavement in cities. It calls for $125 million for states to conduct studies and pilot projects on a “miles traveled” tax on cars.

The third version of Democrats’ social spending plan, the one dubbed the Build Back Better Act and now heading for a vote by Thanksgiving, would increase means-tested welfare spending by $756 billion over the next five years.

It’s not certain that this version of what Democrat leaders call “human infrastructure” will survive in the Senate, where two Democrats — Joe Manchin of West Virginia and Kyrsten Sinema of Arizona — have been most vocal about the cost.

The newest version includes a paid family leave provision that would reduce the amount of leave in the original plan from 12 weeks to four weeks.

Under the original plan, the Treasury Department would administer the program. The revised plan would shift the paid leave program to the Social Security Administration.

The social spending bill also imposes price controls on prescription drugs. The federal government, under the proposal, would set prices in Medicare for a limited number of drugs if those drugs account for substantial spending in Medicare.

In his statement, Heritage’s Ditch said:

Congress and the Biden administration need to get the federal government out of the way by embracing fiscal reforms, cutting red tape, and abandoning massive tax-and-spend legislation that would further cripple America’s economy. Democrats have proven that the more they intervene in the economy, the worse the crisis will get.

A Tax Deduction for the Rich Known as SALT

In one of the more unusual provisions championed by the left, the social spending bill also includes a state and local tax deduction, known as SALT, ranging from $10,000 to $72,500.

Smith, the Missouri Republican, blasted the Democrats for making the tax deductions a priority in the final changes.

“Do you know what their priority was in those changes?” Smith asked rhetorically. “To give millionaires larger tax breaks. That was their priority. They try to tell you this legislation is about the kids and the babies and all about the children. That’s a bunch of hogwash.”

Congress eliminated the state deduction in the 2017 tax reform law passed during the first year of the Trump administration that lowered rates and eliminated some tax loopholes. The Democrats are pushing to revive it.

The latest version of the proposed Build Back Better Act would provide a tax subsidy for union dues to be used for political activity, as well as for “unprofitable” news outlets.

The bill also would provide a tax break of up to $250 for union dues. It would be available only to “full” union members who don’t opt out of paying the portion of dues that goes toward supporting unions’ political causes and campaign contributions.

The earliest version of Democrats’ spending bill included special tax credits to local newspapers and broadcast outlets. That was taken out in the second version, but added back and expanded in the third. Eligibility also was expanded to media outlets with up to 1,500 employees.

This would expand beyond small media outlets, since major metropolitan newspapers listed on LinkedIn as having fewer than 1,000 employees include the Hartford Courant, The Kansas City Star, the Miami Herald, the Houston Chronicle, the New York Post, the Orange County Register, and The Oregonian.

Ken McIntyre contributed to this report, which was modified immediately after publication to reflect the final size of the infrastructure bill and to add details of the final floor vote.