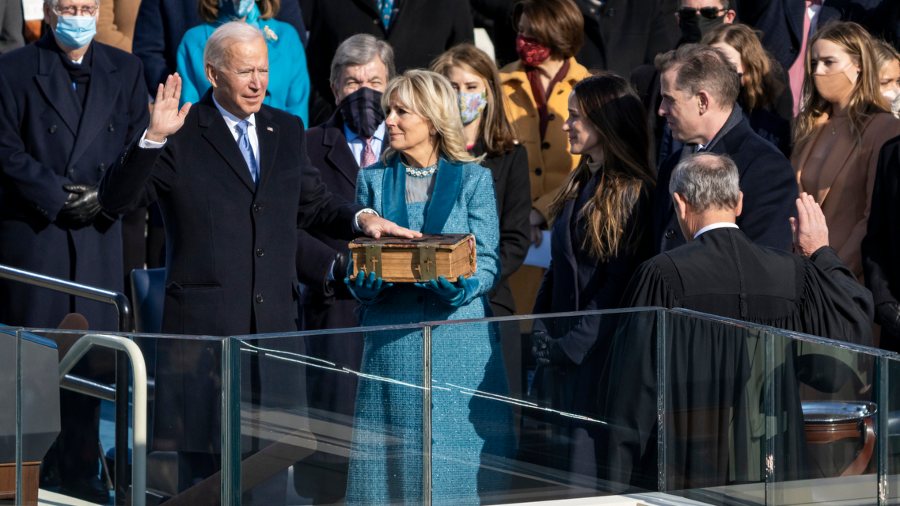 Republicans on the House Oversight and Reform Committee say they have evidence that Hunter Biden was working on a deal with CCP-controlled energy company CEFC to sell American natural gas to China. Ranking member James Comer of Kentucky says he has obtained a PowerPoint presentation from 2017 outlining the proposal, and a whistleblower has come forward to say that, yes, then-Vice President Joe Biden was involved in that deal.

In a committee meeting Tuesday morning, Rep. Comer presented a resolution to require President Biden to hand over about 150 documents currently held by the Treasury Department after being flagged by them for suspicious activity. To no one’s surprise, the Treasury Department has previously refused to cooperate on this with the Republicans on the committee. But this lack of cooperation is apparently something new, as normally the policy would be to release suspicious activity reports to Congress, under the Bank Secrecy Act. In other words, Hunter does appear to be getting special treatment.

Reading about the work done by the GOP members of the Oversight Committee should impress on everyone how important it is to get these folks in the majority. Right now, no matter what they manage to find out — with no subpoena power — they’re essentially powerless to do anything about it.

The Treasury Department has finally offered its reason, but Comer says they’re stonewalling. On May 25, Comer wrote to Treasury Secretary Janet Yellen asking for the records, but got nowhere. His request of July 6 was also ignored. Finally, on September 2, he heard back. His request had been stamped “DENIED” by the assistant treasury secretary for legislative affairs, who explained that the information was what they call “tip and lead,” just to help investigators, and must be kept within the executive branch. (So much for oversight.) “Unauthorized use or disclosure of confidential information,” he said, “whether intentional or inadvertent, can also undermine potential or ongoing investigations or proceedings.”

As you know, Hunter is supposedly being investigated by the U.S. attorney’s office in Delaware over his finances, though it’s hard to tell how serious that investigation is. Last we heard, a couple of weeks ago, former business partner Tony Bobulinski still hadn’t been subpoenaed to appear before the grand jury, and it’s been two years since he went public with his information about “the Big Guy,” who according to an email on Hunter’s laptop was to pocket 10 percent of the profits from the CEFC deal.

Of course, Democrats, who make up the majority on this and all committees, were not expected to go along with Comer’s resolution, and indeed they killed it, but at least all of them will be on record regarding this look into the Bidens’ business ties. Do we want transparency, or do we want it all hidden away? It’s obvious who wants what.

Read Rep. Comer’s prepared remarks given during the meeting, here.

As reported by The Daily Signal before the vote was taken, “Comer’s resolution is meant to ensure that Congress receives information needed to conduct oversight of the Biden family’s international business deals when Joe Biden was in federal office, including his eight years as Vice President and 36 years [!] in the Senate.” Recall that Biden’s papers from his years in the Senate are held at the University of Delaware, apparently in a vault hundreds of feet below the surface of the Earth, where they are still safe from scrutiny.

Rep. Comer appeared on Sean Hannity’s TV show Tuesday night to discuss the resolution. We all know, of course, that the FBI tried to deep-six Hunter’s laptop before the 2020 election and enlisted their media minions to dismiss it as Russian disinformation, but that it’s actually the real deal and implicates our current President multiple times in sketchy foreign business deals. Though President Biden has repeatedly lied and said he never even spoke to Hunter about his business, the laptop contains evidence that he met numerous times with his son’s associates.

The Hunter Biden Investigation Has Shifted to His Father

Comer told Hannity there is proof, by way of emails and also whistleblower confirmation of the validity of bank transactions, that Hunter’s company Hudson West was negotiating a deal with Chinese energy CEFC to allow them to purchase American natural gas.

“There was a map in their PowerPoint, that was written in Chinese,” he said, “that highlighted all the natural gas providers across the United States. And what Hunter Biden was trying to do was negotiate the sale of liquified natural gas to China.” Beyond that, he explained, CEFC’s “main objective” was to start purchasing interest in the drillers as well, to be able to have more control over American natural gas prices.

Rep. Comer also has email confirmation that Biden told CEFC his father would be a “major investor” in the company and that part of the deal involved getting both Joe and Jill Biden keys to their new office digs. Take a look.

In fact, by going to the following page of the website for the House Oversight Committee Republicans and scrolling down the column on the right, you can see the various pieces of information they’ve gleaned about the Biden family’s dealings with the CCP — I mean, CEFC.

More specifically, here’s their page detailing the areas they’re investigating and their findings so far.

Rep. Comer told Hannity that the investigation of Hunter Biden has now shifted to his father. It’s confirmed that after Hunter told CEFC of his father’s involvement in his company, CEFC transferred $5 million to them. Hunter also gave them his father’s personal cellphone number.

Oversight Committee is Powerless. You Can Change That — in November!

Reading about the work done by the GOP members of the Oversight Committee should impress on everyone how important it is to get these folks in the majority. Right now, no matter what they manage to find out — with no subpoena power — they’re essentially powerless to do anything about it. (What are they supposed to do with these findings, take them to the media?) That has got to change, and soon.