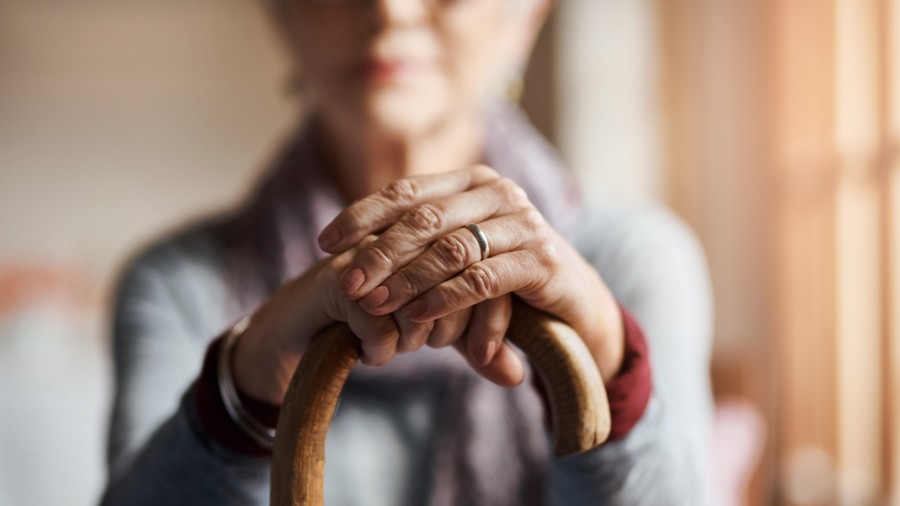 America holds its “Greatest Generation” in a unique place of honor. We treasure the enormous contributions the men and women who are now our senior citizens have made to our freedom and prosperity, at home and abroad.

Yet the sacred right of today’s seniors to have their political choices honored at the ballot box are at high risk because of vote fraud.

Faced with challenges of aging such as sensory and mobility changes, access to transportation or a residence change to a new voting jurisdiction, seniors often rely on others to help them with voting. They are also the trusting generation. They often have an integrity they assume is present in everyone.

Unfortunately, that is not the case.

Proven instances of vote fraud committed against the elderly occur at their homes and in coordinated activity at senior residences. Fraudsters illegally harvest, manipulate and falsify voter forms and ballots at senior communities.

Demographics also contribute to why seniors are targeted for fraud by the left. Citizens in their 70s and 80s vote Republican in high numbers and have the highest turnout (71 percent) of any age category.

According to a 2016 Pew Research study, although 48 percent of all registered voters identify as Democrats and 44 percent Republican, it flips for seniors. Fifty-three percent of seniors lean GOP vs. 40 percent Democrat. In 2016, voters aged 65+ voted for Trump by 53 percent over Clinton at 45 percent.

Seniors in institutional settings are also convenient and captive audiences for fraud activists. According to 2016 data from the Centers for Disease Control, there are more than 800K in assisted living and 1.3 million in nursing homes. This does not include many thousands in independent living and adult day centers, or receiving home health care.

In 2017, a Texas man was convicted of using a false photo of himself as a police officer to gain trust and entry into a nursing home where he illegally requested ballots for residents — many unable to make voting decisions.

That same year, the family of 91-year-old Lucy Corrato — a resident at a Philadelphia nursing home who had always refused to vote — reported someone falsely signed her up to vote in a Democratic primary. Subsequently, families of two other elderly residents discovered their loved ones were also victims of fraud. A staff member accused by the families of participating in the fraud is still employed at the facility, according to LinkedIn. The winner of that primary won by only 18 votes, and her challenger contends 34 of them came from Mrs. Corrato’s nursing home.

In Wisconsin in 2008, a nursing home resident voted, for the first time in his life, for McCain/Palin only because his grandson worked for the campaign. Two years later, the grandson discovered his non-voting grandfather, who showed signs of dementia — and 15 other residents — requested permanent absentee ballots on the same day in 2010. The person the family suspected of “assisting” in this case is also still employed by the facility based on her social media.

Although both facilities were contacted by families and media, it appears no actions were taken to protect residents’ votes.

In Texas, vote fraud is often blatant. The state’s elderly are preyed upon by activists called “politiqueros,” many of whom have been prosecuted for vote fraud. A short documentary by the Texas Public Policy Foundation on politiqueros (“balleteros” in other states) provides a disturbing look at institutionalized fraud.

Conservative vote integrity advocates, liberal election experts (often grudgingly) and even a few Democrat officials agree that absentee ballots have the greatest potential for fraud. In a recent New York Times article, a Democrat on New York’s State Board of Elections expressed his worry about absentee ballot fraud while referring to a previous New York nursing home vote fraud scandal.

Despite this public concern, and using COVID-19 as an excuse, Democrat New York Governor Andrew Cuomo issued an order in March rescinding codified vote integrity protections for residents in state senior facilities. Senator Elizabeth Warren (D-MA) wants to overturn constitutional provisions that give electoral procedure decisions to states by mailing a ballot to every registered voter in America whether they are alive, dead, not living there anymore or a non-citizen wrongly signed up to vote.

By 2030, aging boomers will double senior residence populations. Out of concern for the integrity of votes cast by today’s seniors, and tomorrow’s, ACRU recently launched a Protect Elderly Votes project to inform and support elderly voters and bring the criticality of this issue into the public square. The problem will only get worse if not halted now.

Seniors have made invaluable contributions to American freedom. In turn, we must ensure their political choices are respected and defend their right to be free of attempts to manipulate or steal their votes.

Ambassador J. Kenneth Blackwell is a Policy Board Member at the American Civil Rights Union and its Protect Elderly Votes project. He is a Former U.S. Ambassador to the United Nations Human Rights Commission and former Secretary of State for Ohio.