Honor After a Nightmare 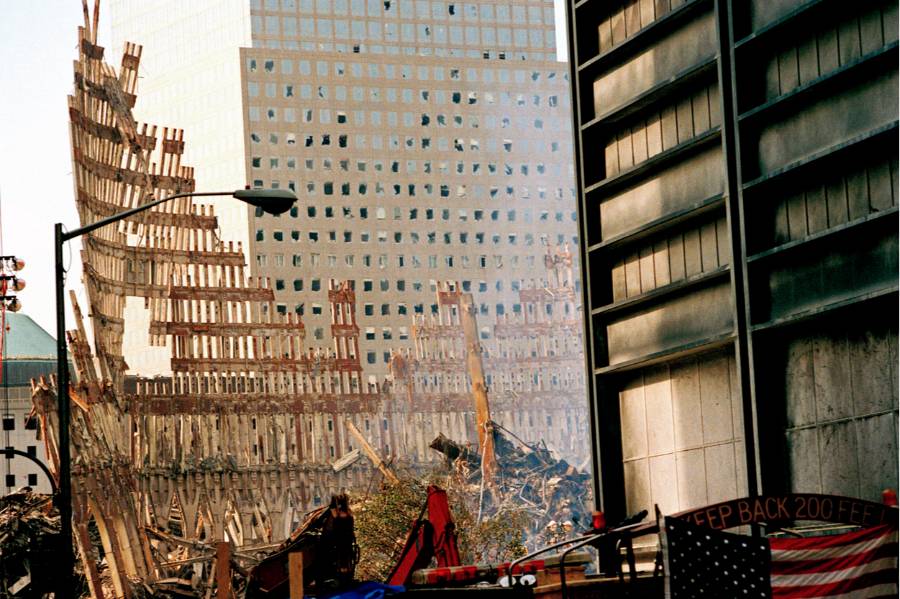 I’ll bet you remember where you were when it all came down. Also, what you were doing, who you were with, and how you felt when you first saw the footage that caused so many of us to say “This can’t be happening.”

2020 has been a miserable year, but nothing in modern American history matches September 11, 2001. It’s an event too easily forgotten in the middle of our current madness.

We cannot let ourselves forget 9/11; a day for honoring the victims, praising the heroes, and asking ourselves if we’ve learned much since then.

I still remember how we all clung to each other. Renee and I had been married 14 years by then, our youngest son still in elementary school, our oldest still at home. We didn’t allow TV in the morning, so we were clueless until a friend called to see how we were handling it all.

I snapped the television set on, then we saw what “it all” was, gasped, grabbed each other, and stared mutely at the screen.

That’s when I got my first takeaway lesson: We’re more vulnerable than we realize. Outside forces hated us — never had it been so clear — so we’d best close ranks and strive to get, then stay, united.

One of the reasons I am nearly despairing over America is the widespread abandonment of values that used to unite us: personal liberties, freedom of speech, conscience, and religion, pride in country, belief in individualism and initiative.

The Ties That (used to) Bind

When we’re so divided over issues as basic as free enterprise versus Socialism, the right to property versus the entitlement to destroy someone else’s if you’re angry, or the virtue of seizing a city and decimating it while its Mayor cheers you on, then it’s hard to see any future for a house so divided.

19 years ago, we fought back, united in a conviction that America was worth defending and preserving. Today our universities may as well title their courses American Contempt while our millionaire athletes take a knee during the National Anthem. Radical groups terrorize the citizenry while cultural icons say Amen.

Who needs enemies attacking us when we can tear ourselves apart so well?

There’s little hope for us if we’re not united in purpose and values. Ditto for us as the Church, and at a more intimate level, as families and friends.

Strong unity is born of, among other things, a strong sense of need. I usually hold my kids with affection, but that morning I clutched them with something like desperation, because I was facing something that left me feeling helpless and downright needy.

Yet good grief, I wasn’t even there! So, I won’t try imagining what people at Ground Zero went through, nor their loved ones who watched and couldn’t intervene. No words, none.

But I also remember the wake-up call that morning brought, which was that we’d better stay tight as believers, family members and citizens, because we never knew what we’ll be called on to face.

Because if 9/11 taught us anything, it’s that we’ve no clue what we may be called on to face and endure. Relational bonds, like national borders and treasures, call for vigilance, the high price of freedom and the requirement for safety. Plenty of forces out there don’t want your relationship with God, family and others to thrive, and they’ll be only too happy to invade and destroy.

Note to self: Never let them catch you sleeping.

It’s Still Out There. In Here, Too

Which leads to another take away: Evil is relentless.

It churned for years before it finally struck us that day, but we knew it existed. We even knew the name of the group involved and that of its leader. So it’s not that we were clueless about enemy forces.

But just because we knew we were hated by someone who could attack us didn’t mean we fully believed that they would. It’s one thing to know you have enemies; it’s another to recognize they’re committed, focused, relentless.

Peter also said we have an enemy, the Devil, who prowls around seeking out who he can devour. (I Peter 5:8) And if it’s true that Satan hates you, let’s not underestimate his hatred for all that’s good in your life. That includes family, friendships, ministry, and everything else bringing you joy.

For you and your loved ones to live in harmony means you are stewards of something noble, something sacred. I’ve no doubt Satan loathed the fact that the One he hated so much had lavished such love on these creatures Adam and Eve, placing them in a paradise and commissioning them to live fruitfully and thereby glorify The Enemy.

No wonder his strategy was to first come between man and wife, then strike. And he’s been striking at us, our relationships, and all we’re stewards over, ever since.

To Love, Honor, and Appreciate

All the more reason to honor the fallen of 9/11 by treating what God has blessed you with — your body, relations, gifts and calling — as things that are not only precious, but relentlessly loathed by a third party who’ll use any device in his arsenal to strike.

Evil, whether that of Al Qaeda or Lucifer, takes no breaks, knows no rest. No need to live in fear of it, but neither is there any excuse to be unprepared for it. That horrible morning I learned, and am learning, to pray daily for His protection over all He’s commissioned to me, and for a healthy eternal perspective including, but certainly not limited to, an awareness of our adversary and his ruthlessness.

This is a day for recalling, respecting, praying and pondering. Grief over the event we remember is ongoing and I guess it won’t stop, nor should it. Too many lives lost; too much devastation.

Lessons Can Be Victories

But what lessons can be learned from 9/11, however small, are marked victories in the face of something unimaginable. Praise God, it’s something we can rise from — if rising in the right direction is what we really want — as a nation, as families, as individuals. So, I’m determined to honor the thousands we lost in many ways. One of those will be to learn what can be learned from it all, apply the lesson, and rise.

God bless the memories of 9/11’s heroes, its victims and their families as well. May the evil that created it soon be, like death itself, swallowed in victory.