Homelessness in America: Why Many Solutions Fail

The solution to homelessness must always revolve around re-engagement with relationships in community, and all the values that spring from them: responsibility, restoration, grace and connection. 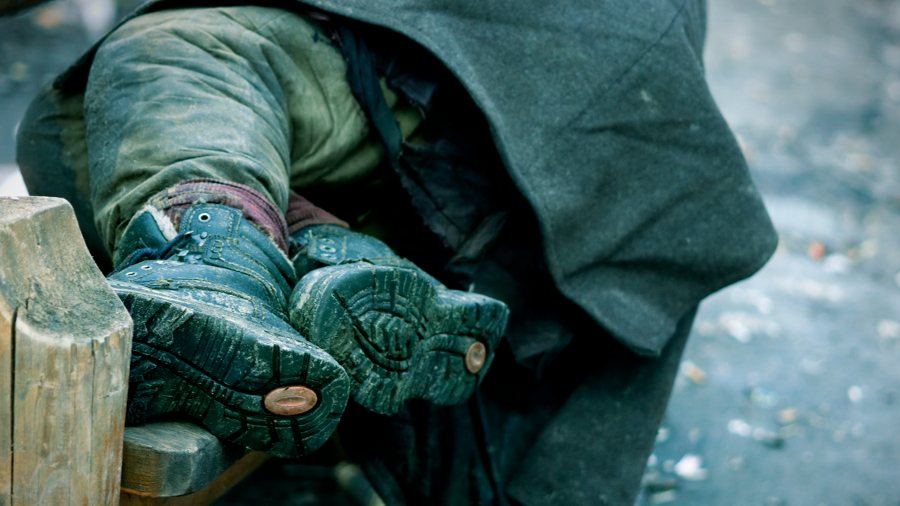 Earlier this year, The Economist reported that America’s homeless population had risen by a rate of just under 6% nationwide. In cities such as San Francisco, Los Angeles and Seattle, that rate is much higher. In fact, according to some estimates, half of America’s unsheltered homeless population live in California.

It’s emotionally jarring. How is it possible that more than a half million Americans are sleeping on the streets, in tents, and in emergency shelters? Governments have mobilized billions of dollars to ‘solve homelessness,’ but there are more tents on the streets than ever.

Clearly, policy is a major factor contributing to the problem. Over the last few years, many major cities have leaned exclusively on a “Housing First” model. This model makes getting homeless populations off the streets and into housing priority number one, even if it costs billions.

Behind this policy is an expansive and flawed worldview that assumes the issues facing the homeless population have less to do with individual decisions, and everything to do with systemic injustices. In this view, racism, capitalism, landlords and employers have created a world where homelessness is essentially random. It could happen to anyone, as Rufo describes it, removing “any sense of ‘fault’ or ‘responsibility’ from the problem.”

Of course, many times chance and injustice do land people on the streets. However, exclusively blaming social injustice ignores two of the most critical factors that drive homelessness right now: drug addiction and mental illness.

The result is a deadly triangle of public policy. Drugs have been decriminalized, leading to a flush of cheap opioids in vulnerable areas. Open-air camps grow unrestricted while lawmakers look the other way. Spending explodes with nothing to show for it, often for the simple reason that building new homes simply can’t outpace the effect of bad policies. In Seattle, for example, local spending reached up to $80,000 per homeless person, per year. Yet drug overdoses, prostitution, open-air camping, and crime, not to mention the number of people living without shelter, all increased.

In fact, Rufo noted, “In one recent study in Ottawa, Canada, Housing First participants were five times more likely to die than a control group that was simply left on the streets [emphasis added].”

“Compassion,” he concluded, “can’t be measured by intentions; it must be measured by outcomes. And on that count, these places fail dramatically. They speak the language of compassion, but have created a system of enormous cruelty.”

These policies stem from an inadequate view of human nature. How much of homelessness is really chance, and how much of it is choice? How can we humanize people struggling while still acknowledging the reality of addiction or mental illness? What about people who won’t change, despite efforts taken on their behalf? Faced with these problems, it’s easy to retreat either into callousness, or else the simplistic, ineffective policies of “unlimited compassion.”

A Christian worldview has the ability to split the difference.

Homelessness is Not Inevitable

Commonsense policy changes are needed. As the “Homelessness” project suggests, letting encampments take over entire city blocks is not compassion, least of all for those in the camps. It is, at best, abandonment, an injustice. The same goes for decriminalizing drug use, which leads to a death spiral of neighborhood crime and addiction. Instead, while enforcing the law, cities should designate “safe ground” areas with emergency shelter, even as they partner with local churches and nonprofits to deliver health and social services and long-term resources to those who need them the most.

These changes, however, are best done in concert with what Rufo calls “a philosophy of transformation.” This philosophy springs from an idea that homelessness is not inevitable — that real help is possible — but it depends on far more than someone’s economic situation alone. As authors Alice Baum and Donald Burnes argue, “Homelessness is a condition of disengagement from ordinary society — from family, friends, neighborhood, church, and community.” Or, as Alan Graham, founder of the most successful restoration project for the homeless in America, puts it, homelessness is, at root, “a catastrophic loss of relationships.”

If that’s true, then the solution must always revolve around re-engagement with relationships, with families, with community, and all the values that spring from them: responsibility, accountability, restoration, grace and connection. To fill these needs, there is not a community better situated than local churches and local nonprofits.

It all starts with a view of people that takes seriously their status as image bearers of God.