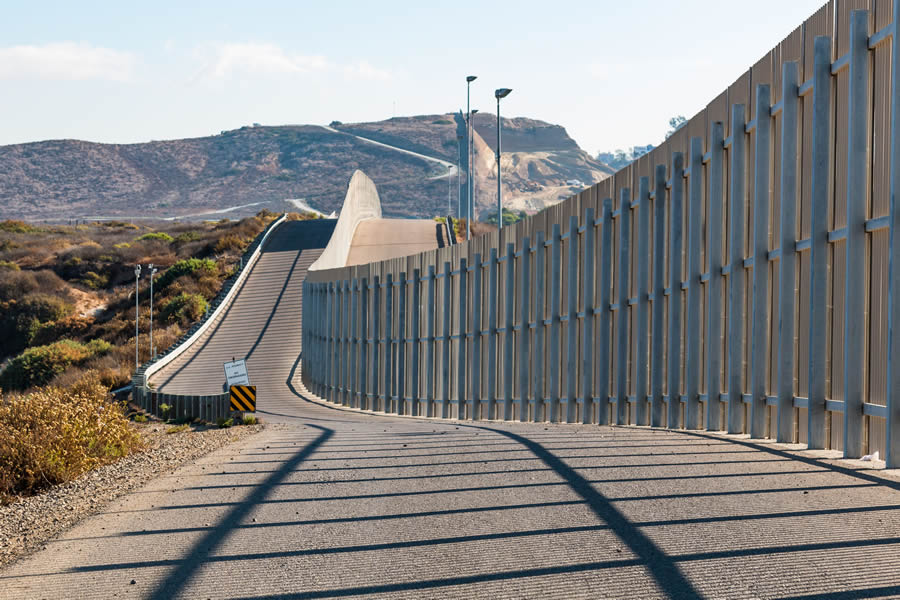 The Democrats are no more serious about border security today than they were when they falsely promised Ronald Reagan in 1986 that they’d secure the border in exchange for amnesty for some 3 million illegal immigrants.

Democrats are experts at seducing Republicans into abandoning their principled commitments. Over and over again, in contentious political skirmishes, Republicans relent in good faith — after accepting the Democrats’ promise to deliver on their side of the bargain in the future — and immediately deliver their side. But that future never comes. In legal parlance, this is fraud in the inducement.

In his notorious “read my lips” travesty in 1988, President George H.W. Bush promised that if he were to be elected, there would be “no new taxes,” but in 1990, he reneged on his pledge in reliance on the Democrats’ disingenuous and later broken promise to cut spending.

Now the unctuous, cadaverous duo of Senate Minority Leader Chuck Schumer and House Speaker Nancy Pelosi demand that President Trump immediately reopen the federal government in exchange for their vague assurance that they will work with him in the future on border security measures.

Note: Democrats aren’t even offering Trump as much as yesteryear’s Democrats offered Reagan and Bush 41. This time around, they aren’t even pretending to make certain concessions in the future beyond the anemic $1.3 billion they’ve already committed. They’re just demanding that he unilaterally abandon his signature campaign promise for their half agreement to contemplate certain half measures on border enforcement at an unspecified future time.

Yet Trump is the one who is being unreasonable and overly political?

Many conservative commentators are saying that Democrats are solely focused on making Trump look bad and handing him a devastating political defeat, but I think it’s more than that. Of course they want to lure him into forfeiting any chance he may have for re-election, but they also now actively oppose serious border security.

The Democrats risibly claim they oppose a wall because it would be an inefficient use of federal funds — as if fiscal responsibility were even part of their passive vocabulary, let alone their active one. They insist that focusing on border enforcement is imprudent because most illegal immigration occurs from people overstaying their visas. Regardless of the accuracy of that claim, it is absurd to oppose border enforcement because it is only one important part of a series of necessary steps toward enforcement.

Don’t think for a second that Democrats oppose a wall because it wouldn’t work. They do so precisely because it would work. I repeat: It is border security they oppose, as evidenced by their opposition to Kate’s Law, their reprehensible support for sanctuary cities, their callous disregard for criminal elements, in whatever percentages, illegally crossing our borders, their jaw-dropping opposition to the deportation of MS-13 gang members and other violent criminals, their demonization of ICE, their history of obstructing border enforcement, their secret affinity for open borders because increasing illegal immigration leads to an endless new supply of future Democratic voters, and their endless game-playing over a wall, including their gleeful eagerness to keep their precious federal government shut down just so they can demagogue the issue and humiliate Trump.

One day the Democrats will pretend they earnestly support border enforcement, and the next Pelosi tells us that a wall would be immoral. She can’t have it both ways. Why would it be immoral for a sovereign nation to protect its border and its citizens? Why would a wall be immoral when other forms of border enforcement are not? Was it immoral when she and virtually all other Democratic Party leaders gave impassioned speeches in recent years stressing the imperative of border security and preventing illegal immigration?

It’s time the Democrats were forced to justify their indefensible position on the wall. It’s heartbreaking that we’ve arrived at that point in our history when one of the nation’s two primary political parties is bearish on national sovereignty and the rule of law. Democrats, whether because the majority of them embrace the notion or because of a morbid fear of their rabid base, are now the party of open borders. Indeed, Rep. Alexandria Ocasio-Cortez, the new face of the party, asserts that illegal immigrants and those who seek to cross our borders illegally “are acting more American than any person who seeks to keep them out ever will be.”

Don’t you see? Trump’s deplorables are un-American because they want to preserve America’s sovereignty, its rule of law and what is left of its uniqueness and exceptionalism.

How does this debacle ever end? It won’t be easy, because Republicans must get substantial funding for a wall if Trump is to preserve any chance at re-election in 2020 and because Democrats feel no urgency, seeing as the status quo on immigration suits their purposes and advances their political interests. Democrats have no desire to resolve the issue without bringing Trump to his knees in abject capitulation. They think they’ve cleverly backed him into a corner because he said in the infamous Oval Office meeting that he would accept responsibility for a shutdown if Democrats wouldn’t agree to substantial wall funding. Everyone knows that what Trump meant was that he was willing to shut down the government over the wall, which he believes is essential for our national security — not that it would be his fault if they couldn’t come to an agreement.

Yet Schumer and Pelosi keep childishly repeating the “Trump’s shutdown” mantra, thinking that Americans are too dense to understand that when a shutdown occurs, each side is contributing to the impasse.

I think the Democrats are being too clever by half. The longer this fiasco continues the likelier average Americans will realize how nonessential many government services are to their lives and realize that contrary to the Democrats’ posturing, Trump has been far more flexible and reasonable than Democrats, and Democrats’ extremism will become increasingly evident.

Trump has nothing to lose politically by holding firm and everything to lose by caving without Democrats meeting him halfway. Likewise, America has much to lose if Democrats prevail in their orchestrated charade. Please hang tight, Mr. President.