Hillary Clinton listed a myriad of reasons why she lost the 2016 presidential race. 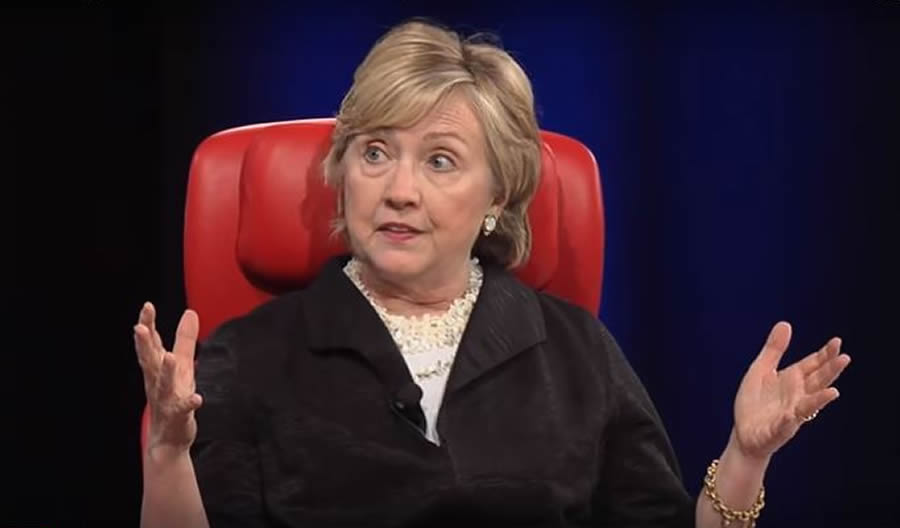 In one of the great scenes in American cinema, Jake Blues (John Belushi) of the Blues Brothers, explains — at gunpoint — to his ex-fiancee (Carrie Fischer) why he left her at the altar.

“I ran out of gas! I had a flat tire! I didn’t have enough money for cab fare! My tux didn’t come back from the cleaners! An old friend came in from out of town! Someone stole my car! There was an earthquake! A terrible flood! Locusts! It wasn’t my fault! I swear to God.”

I kept thinking of that scene as I watched Hillary Clinton on Wednesday run through all of the reasons why she lost the 2016 presidential race.

When you lose a very close presidential race almost any factor can be isolated and credited with the reason for your defeat.

At a conference hosted by Recode, Mrs. Clinton said, “I take responsibility for every decision I make — but that’s not why I lost.”

The real reasons for her defeat include, but are not limited to: FBI Director James Comey’s handling of the investigation into her email server, the institutional ineptitude of the DNC, Facebook, Macedonian “fake news” websites, real news (in the form of unfair coverage from the New York Times and other mainstream outlets), voter suppression in Wisconsin, low-information voters, the billionaire Mercer family and the deep-seated sexism of the American people.

When you lose a very close presidential race almost any factor can be isolated and credited with the reason for your defeat. It’s like a football game that ends in a squeaker. Every fumble and interception can be highlighted in isolation as the reason one team lost or another team won. But it’s rare to hear losing coaches explain away their losses by singling out the individual mistakes of the players. That’s because they understand that you have to look at the game in its totality.

Hillary Clinton got more votes than Donald Trump. But Trump won the Electoral College by squeezing a 10,000-vote margin of victory in Michigan, a 22,000-vote margin in Wisconsin and a 46,000-vote margin in Pennsylvania. According to Trump pollster Tony Fabrizio, were it not for five counties — four in Florida and one in Michigan — Hillary Clinton would be president now. Rather than vent about “misogyny” or Macedonian masterminds, she would be on firmer ground by simply saying, “We lost because we didn’t put enough resources in Macomb County, Michigan and in Southern Florida.”

If Hillary Clinton earned one thing in her long and less than fruitful political career it is this: the right to be criticized or praised on her own merits — or lack thereof.

But that doesn’t support Clinton’s martyr complex. Which is why she acts like a sprinkler system of excuses, spraying them all around. It doesn’t matter that she is to blame for many of her excuses. If she hadn’t ignored rules for handling classified information, Comey would never have needed to investigate her and the media wouldn’t have had that story to cover. If she discovered that the DNC’s data collection was so terrible — a claim the Democratic Party’s own data guru describes as untrue in profane and scatological terms — she should have compensated. And as for her whining about negative media coverage, it’s not like her opponent was lavished with praise from the Times.

Perhaps the most ridiculous claim is that she lost because she’s a woman. Hillary Clinton has convinced herself she is an avatar for all womankind. Talking about her allegedly unfair treatment, she said “And at some point it sort of bleeds into misogyny.” Male politicians get treated unfairly from time to time as well (you can look it up). Is that proof of anti-male sexism? Was her husband a victim of misandry? If Hillary Clinton earned one thing in her long and less than fruitful political career it is this: the right to be criticized or praised on her own merits — or lack thereof.

The East German poet Bertolt Brecht once wrote sardonically that when the government lost the faith of the people: “Would it not be easier in that case for the government to dissolve the people and elect another?” Hillary Clinton has been running for president for much of her adult lifetime. She lost twice because, like Jake Blues, the electorate left her at the altar. If she had merely won among the voters who cast ballots for Donald Trump and Barack Obama, she’d have won. She didn’t, preferring to call many of them “deplorable.” Now she claims that many of them were sexist and ill-informed. I’d call her the Brecht Girl, but that would be cited as more proof of the misogyny that did her in.

Jonah Goldberg is an editor-at-large of National Review Online and a visiting fellow at the American Enterprise Institute. You can write to him by e-mail at JonahsColumn@aol.com.

Homo Economist: A New Species of Cave Man, or the Heir to ‘Liberalism’?