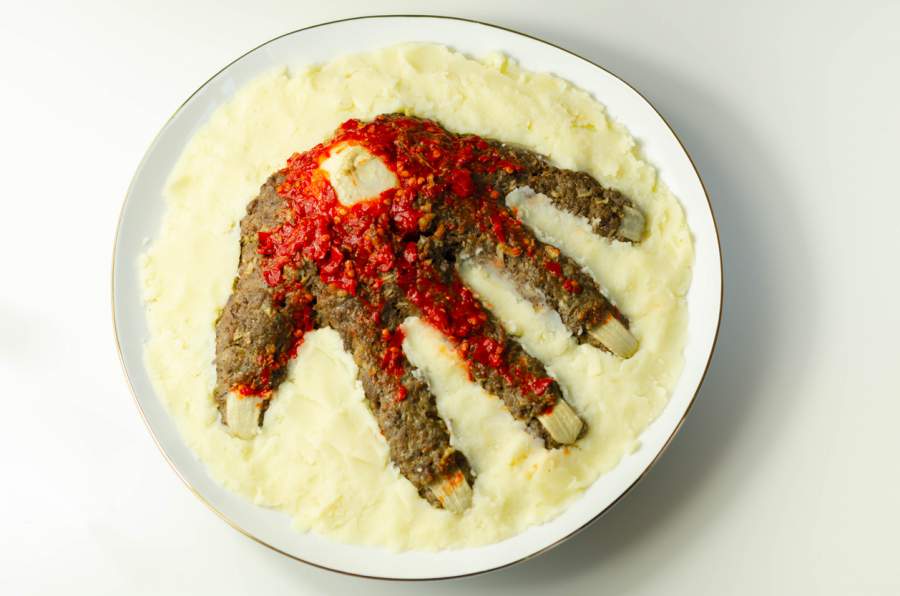 Our politics throughout the West, from down under in Australia to the northern reaches of Sweden, increasingly are dividing along fundamental lines. We’re not so much debating the proper role of government, or the details of economics. We’re forming into camps that do not negotiate with each other over deep-rooted issues of anthropology.

By that I don’t mean potshards and cave daubings, but existential decisions and grim, Gadarene conclusions of our wrong steps over a cliff. Some slippery slopes have no off ramps short of drowning down in the sea. The spectacle of Australia enslaving itself to a public health dictatorship is a grim one, and very sad. That nation was long our ally, and it’s chilling to watch it collapse.

But its death throes shouldn’t shock us. Human nature is a stubborn thing, and ideas really do have consequences. When you decide to start smoking cigarettes, you might not intend to assent to lung problems and likely cancer, but they’re what you’re going to get. Choose subhumanist politics with a low-slung view of man, and the outcome is just as predictable. Most people will live down to the ant-like expectations their own society promulgates. They’ll shrink down from sovereign citizens into scurrying, dutiful subjects.

When Australians gave up their gun rights in 1996, they took such a fork in the road which rarely permits repentance. They decided, as a people, on a new vision of man, whose attributes, rights, and fate all arrive as a package deal. The same choice got made in “blue” states and cities in America, with identical consequences that are unfolding as we watch.

Life and Death, Blessing and Curse

There aren’t infinite options on the menu when we ask ourselves “What is man?” While countless philosophers, ideologues, and artists have offered their individual answers, what we see today is a narrowing and sharpening of the question. We’re finally finding ourselves face to face with an either/or dilemma, along the lines that God described in Deuteronomy:

But if your heart turns away, and you will not hear, but are drawn away to worship other gods and serve them, I declare to you this day, that you shall perish; you shall not live long in the land which you are going over the Jordan to enter and possess.

I call heaven and earth to witness against you this day, that I have set before you life and death, blessing and curse; therefore choose life, that you and your descendants may live, loving the Lord your God, obeying his voice, and cleaving to him; for that means life to you and length of days, that you may dwell in the land which the Lord swore to your fathers, to Abraham, to Isaac, and to Jacob, to give them. (30: 15-20)

Are We Potential Heaven Dwellers, or Jumped-Up Trousered Chimps?

Do you, dear reader, really know which of these you believe?

If man is a flawed diamond, he has unalienable rights which he cannot give away, trade, or sell. Which God forbids us to take. Whatever his childhood traumas and psychological challenges, he has solemn duties that march along yoked to those rights. He is really a creature of heaven or hell, being tested right here on earth to figure out which.

For all that we must compete with each other for money and mates, sometimes fight in wars, or even hang our traitors, we never lose sight of the profound, almost eerie dignity that each human being has, in light of his eternal fate — be it glorious or tragic. Assert this basic fact about your neighbor and yourself, and watch the political consequences that spread, as if you’d dropped the ink from the Book of Genesis into a bathtub. It colors everything.

If that picture of man is true, then we cannot deprive men without just cause of a long list of basic rights, as found in America’s Declaration of Independence and Bill of Rights. Even if we might sometimes suffer unpleasant consequences or side-effects from other people’s freedom of speech, of religious exercise, of self-defense or of being presumed innocent, we will never despair and decide to steal those rights away, just to make our lives more predictable, prosperous or secure.

We won’t silence our neighbor’s speech, control how many kids he has, try to shut down his church, or strip him of his right to defend himself and his family. We will feel, or at least we should, that doing so is a kind of blasphemy against the God whose spark lives in man.

If man is a mystery meatball, however, then things are different, aren’t they? Then all bets are off, and you should grab whatever you can. Man is just the latest side-effect of random mutation, filtered through bloodthirsty biological competition. Your life and your neighbor’s are rambling narratives with no plot, no hero, no point.

Here as ever, William Shakespeare put it best, in the mouth of his presciently post-modern politician, Macbeth. These words were penned in 16th century Christian Britain, but we could just as easily imagine these signals coursing through Andrew Cuomo’s brain, as he shipped off COVID patients to nursing homes, the better to pad his state’s death statistics, or pawed, ape-like, at female rumps, then imposed a public-health dictatorship which entailed (drumroll) … banning guns.

Tomorrow, and tomorrow, and tomorrow,
Creeps in this petty pace from day to day,
To the last syllable of recorded time;
And all our yesterdays have lighted fools
The way to dusty death. Out, out, brief candle!
Life’s but a walking shadow, a poor player,
That struts and frets his hour upon the stage,
And then is heard no more. It is a tale
Told by an idiot, full of sound and fury,
Signifying nothing.