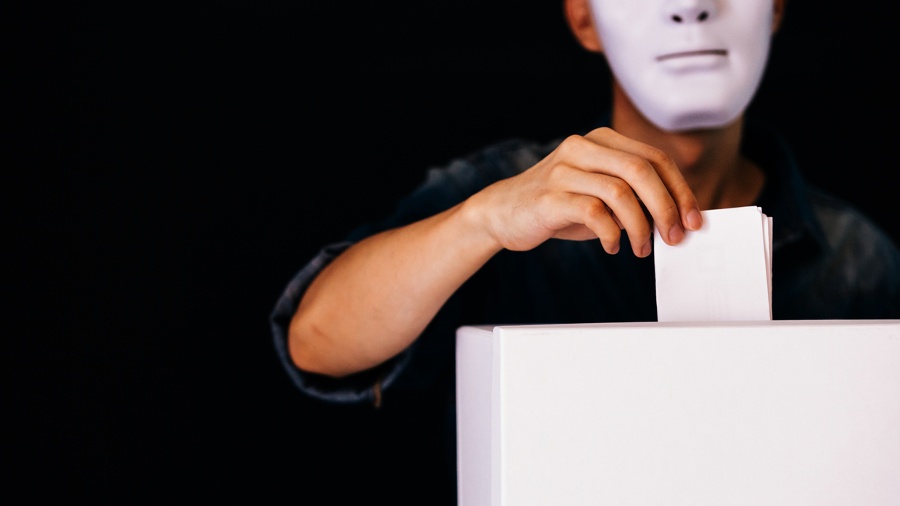 Democrats in the House are getting ready to force some radical changes to election law in America, as part of what Laura Ingraham has termed a “multi-pronged assault on the GOP’s ability to win back Congress, or maybe even the White House, ever again.”

I refer to the atrocious House Bill 1, which is the left’s way of micromanaging their idea of “fair” elections by putting federal officials in charge of what constitutionally should be left to the states. That’s right, everything the Constitution has to say about elections gets to be revised by Nancy Pelosi, AOC and the rest. Heck, maybe Texas will start a lawsuit in protest, as they did with certain states that hadn’t followed the Constitution, and other states will join it. We’ve seen how much good that does.

Fighting Back for Fair Elections

But a few states are trying to fight back individually with legislation of their own. As reported in the Tampa Bay Times, Florida Republicans are considering limiting the validity of vote-by-mail requests from two election cycles to one. They also want to restrict the number of ballots that one person can bring to a drop-box. There’s the expected resistance, and accusations of “partisanship.”

And according to an NPR report (which, being NPR, refers matter-of-factly to Republicans’ “false claims” of election fraud), Georgia Republicans are trying to get rid of early voting on Sundays, limit the number of drop-boxes, and require I.D. for absentee ballots. (Those radicals!) Their bill passed the Georgia senate on Tuesday.

One part of the bill that I particularly like prohibits county elections offices from directly accepting outside funding. Recall that the Center for Tech and Civic Life — funded by Facebook’s Mark Zuckerberg — and the Schwarzenegger Institute gave them millions of dollars and, in return, were given input on how the 2020 elections were run.

In a move that should surprise no one, the Georgia secretary of state, Brad Raffensperger, withheld support for the measures, calling them “merely reactionary to a three-month disinformation campaign.” As Ohio Rep. Jim Jordan pointed out on Ingraham’s show, it was this secretary of state “who entered into a consent decree with the Democrats before the election, bypassing the legislature where, constitutionally, you’re supposed to make election law.”

The House Oversight Committee held a hearing Wednesday on the U.S. Postal Service that dealt in part with the issue of mail-in ballots. After ranking member Ohio Rep. Jim Jordan spoke about the problems, Democrat Rep. Gerry Connolly of Virginia called what he had said “gaslighting,” and he condemned Donald Trump as well, for “sowing distrust” by saying last summer that mail-in voting would lead to massive fraud. Still, what happened after November 3, Jordan said, was exactly what had been predicted: that Trump won on election night, there was “chaos and confusion” surrounding the mail-in ballots, and they kept counting and counting for days until Biden was declared the winner.

A Consequential Fight in Arizona

At the moment, it’s in Arizona that we’re seeing the most consequential fight, and it’s headed — for sure this time — to the Supreme Court. The state attorney general, Mark Brnovich, was involved in six lawsuits last year, successfully suing to prevent mail-in ballots from being sent to everyone in Maricopa County. A few days after the election, he wrote to the Maricopa County Board of Supervisors to urge them to more than double the hand audit. And when the Arizona State Senate demanded that supervisors turn over Dominion voting machines for inspection, he filed an amicus brief. In other words, he’s on this.

Believe it or not, the Supreme Court is actually going to hear a case on election law.

And Brnovich is not letting up. Oral arguments before the Supreme Court are scheduled for March 2 in a case that impacts the efforts cited above by Florida and Georgia to try to take their own measures to combat election fraud. He’s battling the DNC. He’s also had to deal with a Democrat secretary of state.

This lawsuit — originally two separate suits but later consolidated into one — involves two Arizona laws that were passed before the 2016 election to discourage election fraud. One law says that if a ballot was cast in a precinct that doesn’t match the voter’s home address, it is to be discarded. The other law bans ballot harvesting, with appropriate exceptions for close family, household members and caretakers. The DNC sued over these laws, citing — take a guess — racism.

Under Section 2 of the Voting Rights Act, a “substantial” disparate impact on a particular race must be shown to prove racial discrimination. No evidence of this has been presented. Of course, that doesn’t stop the left, who don’t need evidence to believe that virtually everything has a disparate impact on black people.

Specifically, the district court found that the out-of-precinct restriction had no impact on 99.9 percent of non-minority voters and 99.8 percent of minority voters. (I wonder how they arrived at this, as ballots don’t identify a voter as “white” or “black.”) Even so, the DNC now wants a definition for the word “substantial.” I am not kidding.

As for the ballot harvesting law, the DNC failed to find any evidence of racial discrimination. And 19 other states have similar laws. Also, most states already require voters to cast their ballots in their own precinct.

Ten senators, not surprisingly led by Sen. Ted Cruz of Texas, filed an amicus brief in support of Arizona. The Trump administration did this as well.

The Importance of the Decision

“This is a key decision,” says Rachel Alexander at Politicrossing, “because if laws like this can be struck down for being racist, you could make the argument that a lot of election integrity laws could be struck down as racist.” For example, if it were determined that a requirement for extra poll watchers was associated with a slightly reduced turnout for blacks, even a statistically insignificant one, that could be considered a “racist” law. Goodbye, poll watchers!

I would add that in such a case, it’s not even possible to determine statistically a cause-and-effect relationship between the poll watchers and the voting pattern. It’s only a correlation, and a teensy one at that. If the Democrats are allowed to do this, virtually all election integrity laws will be out the window.

Alexander says this is the most important issue we face right now. “The future of our country hinges on this decision,” she says. She knows Brnovich, having worked with him in the state attorney general’s office before he became AG. Read her full article to see what a hero he continues to be on this issue, in the face of what she calls “horrendous” social media attacks.

Believe it or not, the Supreme Court is actually going to hear a case on election law.