Here’s the One Thing China’s Communist Party Fears Most, According to Former China Ambassador Jon Huntsman 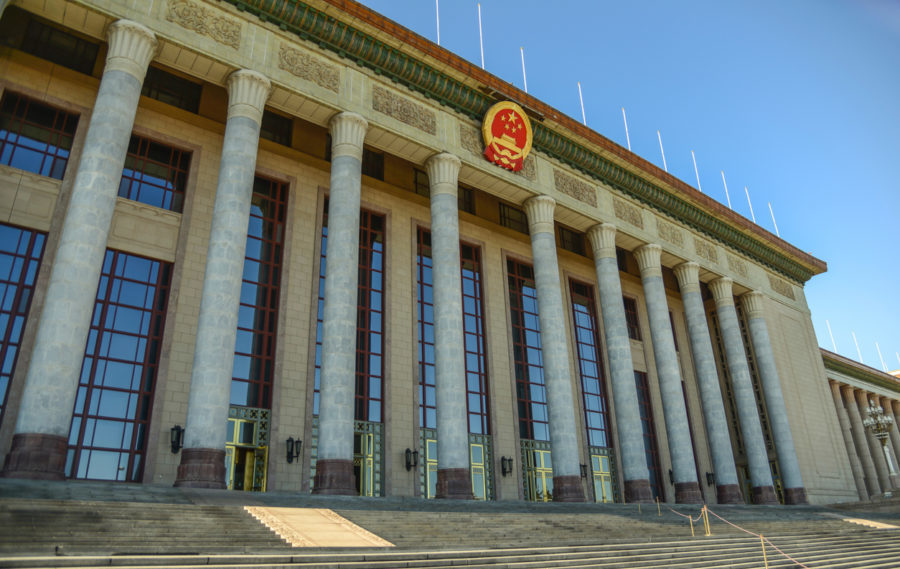 The Great Hall of the People, where the Chinese legislature meets, in Beijing.

Huntsman praised a letter sent Monday by 18 attorneys general demanding a congressional investigation into China’s coverup of the coronavirus outbreak in its early stages, saying on Fox News that such an investigation is necessary.

“Well, I’ll tell you why this letter is such an important one, by these attorneys general. The Chinese have invested a lot in their relationship-building in our nation’s capital. But they’ve also spent a lot of time and resources — listen to me, we have 350,000 Chinese students at our universities across this great country — they have also invested in state-by-state relationships, thinking they can use one against the other,” Huntsman said.

“What is the one thing that the Chinese Communist Party fears more than anything? They like control, they like domestic stability, they control the airwaves for the most part. They hate transparency. The more voices coordinated in this country, even at the state level, that speak out about what happened, and the lying, the cheating, the disinformation, and let’s be very clear about this.

“Early November we saw the first cases of coronavirus in China. It wasn’t until late January that they actually reported the facts to the [World Health Organization]. In the meantime, you probably have 5 million people who left the Hubei province, which is where the epicenter was located, and they went throughout China, they went throughout the world. That was probably the most significant mistake that China has made in recent years, and it’s the reason that we are where we are,” Huntsman said.

Huntsman said what’s needed is “transparency, a coordinated United States, voices in Congress, voices in the states, voices from the business community — because that’s when China really starts to listen, when it affects their economy.”

Huntsman served as ambassador to China from 2009 to 2011 after serving four years as governor of Utah. Huntsman also served as President Donald Trump’s ambassador to Russia before stepping down in August 2019 to explore a 2020 gubernatorial run.