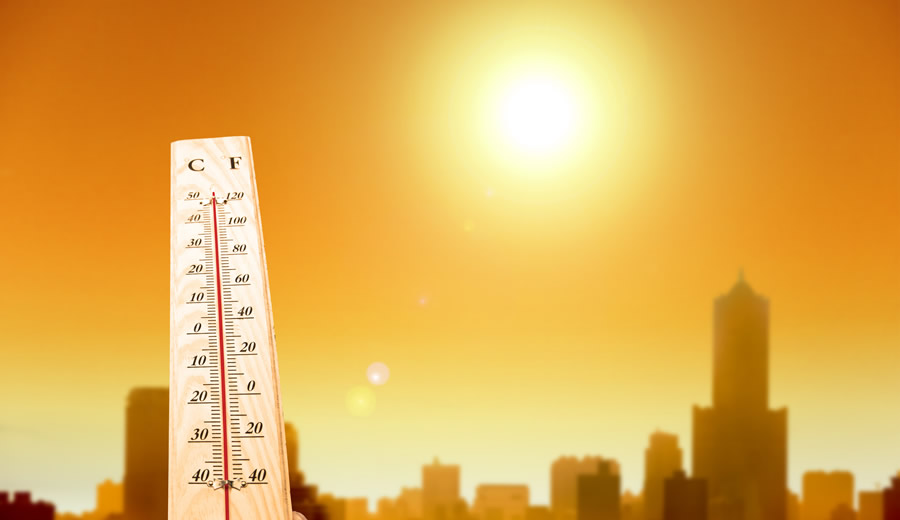 By Michael Bastasch Published on September 3, 2018 •

Another week, another New York Times feature trying to get its readers worried about how much the world could warm in the future.

This time, the NYT partnered with the Climate Impact Lab, which is “a group of climate scientists, economists and data analysts from the Rhodium Group, the University of Chicago, Rutgers University and the University of California, Berkeley,” the paper noted.

The NYT and Climate Impact Lab created a graphic that’s supposed to show readers how many more days at or above 90 degrees they could expect today in their home town from when they were born — their data only goes back to 1960, though.

The question is: how accurate is the NYT’s representation of the change in days at of above 90 degrees? Well, at least for U.S. cities, it seems to be misleading.

“This is [a] waste of time,” quipped Dr. Ryan Maue, a Cato Institute adjunct scholar, in a tweet sent out Sunday night. Maue ran the numbers for Atlanta and got a different answer than what the NYT showed for the city.

Added up the 90-degree days in Atlanta because I didn't trust the @nytimes climate dataviz … average of 46 during the past 40-years or so. Right on target in 2018 with 48.

The NY Times system started their dataviz analysis in 1960 — wonder why? pic.twitter.com/xtQiNbGBeH

Here’s what the NYT told showed readers who grew up in Atlanta:

So, why is there a difference between the observed record and what the NYT reports?

One reason is because the NYT uses a “21-year rolling average” to tell readers how many hot days they could expect the year they were born — not the actual number that were observed.

The second reason is because the NYT’s data past 2000 is blended with a climate model tuned to future climate projections. After 2020, the NYT notes, “the data uses a mixed climate model that captures a broad range of extreme temperature responses.”

What’s also apparent is the starting point for the NYT’s data is in 1960 at the beginning of a rash of years with relatively few days with soaring temperatures. By starting their data in 1960, the NYT ignores the decades before with a number of 90 degree days on par with today.

However, the NYT uses this model-blended data to claim Atlanta “is likely to feel this extra heat even if countries take action to lower their emissions by the end of the century.” The paper quotes experts who warn that human health and agriculture will suffer as a result.

“Food, water, energy, transportation, and ecosystems will be affected both in cities and the country. High-temperature health effects will strike the most vulnerable,” echoed the group’s leader Cynthia Rosenzweig, a scientist at the NASA Goddard Institute for Space Studies.

While future warming is up for debate, what’s not is the historical record. The NYT’s model-blended temperature charts cities around the country, however, doesn’t seem to reflect the actual number of days at or above 90 degrees — at least in the U.S., where there is a robust temperature record.

Maue also examined station data from Washington, D.C., and again found it looked nothing like the NYT’s ominous graphic showing a drastic increase in the number of hot days people can expect.

But again, 90F is basically the average temperature in mid-summer. Bleh. pic.twitter.com/3jKHHAJJCc

Again, notice that the NYT’s starting date of 1960 is around a low point in the number of 90 degree of higher days. D.C.’s data only goes back to 1940, so it’s not as long as the records in many other cities.

If the NYT wanted to exaggerate a trend toward more 90 degree or hotter days, then starting in 1960 would accomplish that, but doing so ignores the warm period during the 1930s. In fact, the latest National Climate Assessment report noted the “Dust Bowl era of the 1930s remains the peak period for extreme heat.”

That heat is also evident in heat wave data presented by the Environmental Protection Agency (EPA). No other decade even comes close to the 1930s in terms of the heat wave index. Readers should use the NYT’s temperature tool to check out modeled trends for their own home towns, then compare it to observed temperature data. The results could be surprising.

The Washington Post’s Slander on Hurricanes and Climate Change