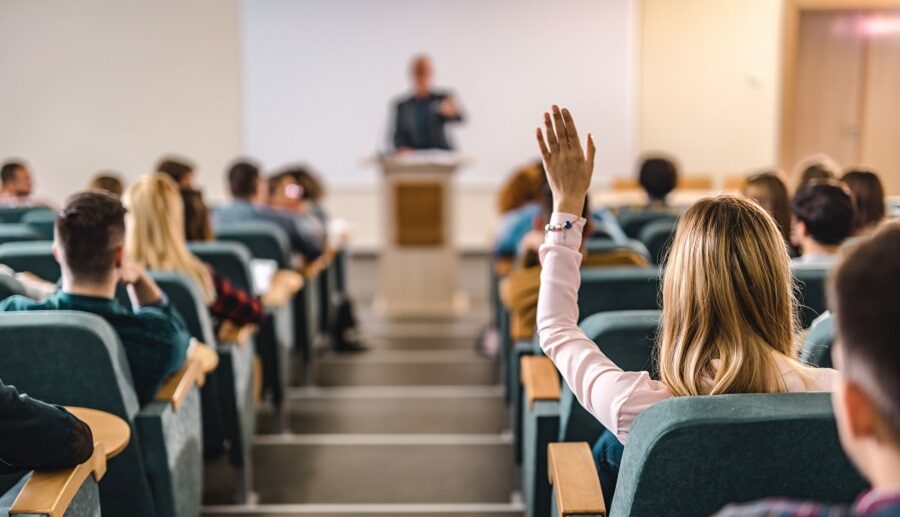 In her Advanced Placement government and politics class, a high school student named Anna was assigned to read a New York Times commentary that called the U.S. Constitution “imbecilic.” Many of her peers agreed with this conclusion based on the author’s argument that the Constitution is too difficult to amend.

So, Anna approached her teacher with an article that explained why the Times’ piece was historically inaccurate and logically ludicrous.

The next year, the teacher assigned that same Times article, but he also included Anna’s suggested counter-article. And instead of siding with the Times, that class concluded that the Constitution was not “imbecilic,” but, rather, wisely designed to protect people’s rights.

To borrow a phrase from Vice President Kamala Harris, “That little girl was me,” and by speaking up, I was able to positively impact subsequent groups of students. My experience with leftism in school was not an isolated incident and represents a much broader, serious problem within the U.S. public education system.

Generation Z is on track to be the most educated generation in history, and yet, nearly half hold favorable views of socialism and 70% say that the government “should be doing more to solve problems.”

Ronald Reagan famously said, “Freedom is never more than one generation away from extinction,” and if these trends continue, Gen Z will bring that tragedy to fruition.

So what has turned teens who typically yearn for freedom into a herd of statist sheeple? Leftist indoctrination not only runs rampant in higher education — it has infiltrated public schools, leaving young minds susceptible and sympathetic to left-wing propaganda.

There are nearly four Democrats for every Republican in the teaching profession, and the nation’s two largest teachers unions donate a total of $51 billion to support liberal politicians every year. These unions exert powerful influence over public education and openly endorse “Black Lives Matter,” “gender justice,” “economic justice,” amnesty for illegal immigrants, and the Green New Deal.

When the seeds of leftism are planted at such young, impressionable ages, it’s no wonder that our colleges and universities have become hatcheries of social justice warriors and Alexandria Ocasio-Cortez sycophants.

So how do we stop this wave of leftist brainwashing? Families need to stand up for the truth in their homes, schools, and communities by taking the following actions:

Parents Need to Confront Leftism in the Classroom

Public education should teach academic skills and encourage children to think for themselves — not brainwash them with the ideologies of university sociology departments. The U.S. education system has failed to fulfill these responsibilities, and if families value the future of this country, it is our duty to fix it.

If conservatives do not confront leftism in the classroom, children will be fed the same propaganda year after year, and many will swallow it. It is more urgent than ever that we speak up before the notion of American freedom is merely a footnote in history textbooks written by 1619 Project activists.