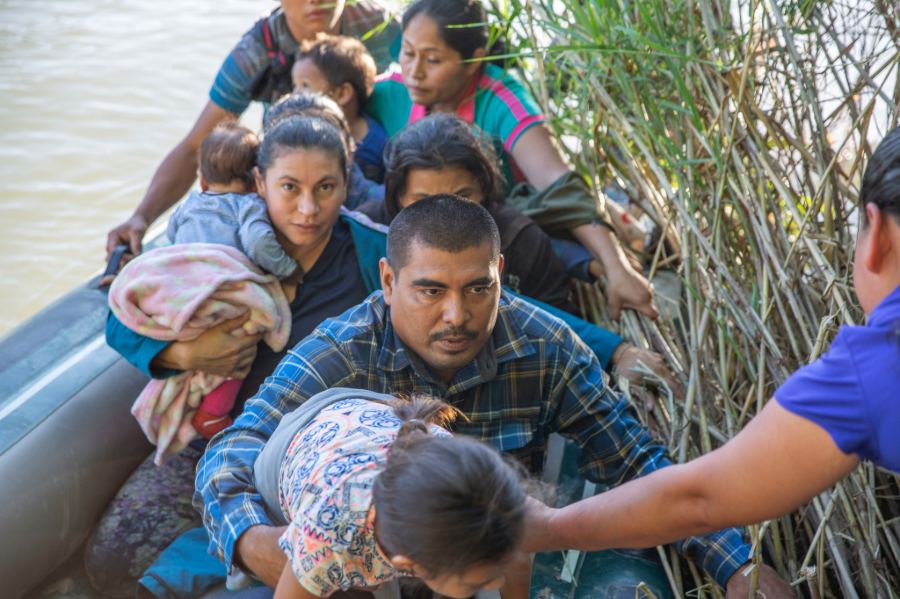 As border encounters broke historic levels in April, over 117,000 migrants were allowed to stay in the country, according to a court filing.

The Department of Homeland Security (DHS) reported the release of 117,989 out of the 234,088 migrants encountered at the U.S.-Mexico border in April, according to the filing. Meanwhile, DHS expelled 113,248 migrants under Title 42 or Title 8, for inadmissibility in April.

The number of migrants authorities encountered is the highest since DHS began recording southwest border encounters.

Title 42, the Trump-era policy used to quickly expel certain migrants to Mexico, is set to end May 23, the Centers for Disease Control and Prevention (CDC) announced April 1. However, a federal judge indicated Friday he would make a decision on whether to grant a pause in a Republican attorneys general lawsuit against Biden before the planned end date, according to Arizona Attorney General Mark Brnovich.

DHS is preparing for an influx of migrants come Title 42’s end and has developed a plan to accommodate up to 18,000 migrants at a time in its border facilities.

“When the Title 42 public health Order is lifted, we anticipate migration levels will increase, as smugglers will seek to take advantage of and profit from vulnerable migrants. The increase in migration being experienced by the United States is consistent with larger global trends: there are currently more people in the world displaced from their homes than at any time since World War II, including in the Western Hemisphere,” DHS Secretary Alejandro Mayorkas wrote in a memo.