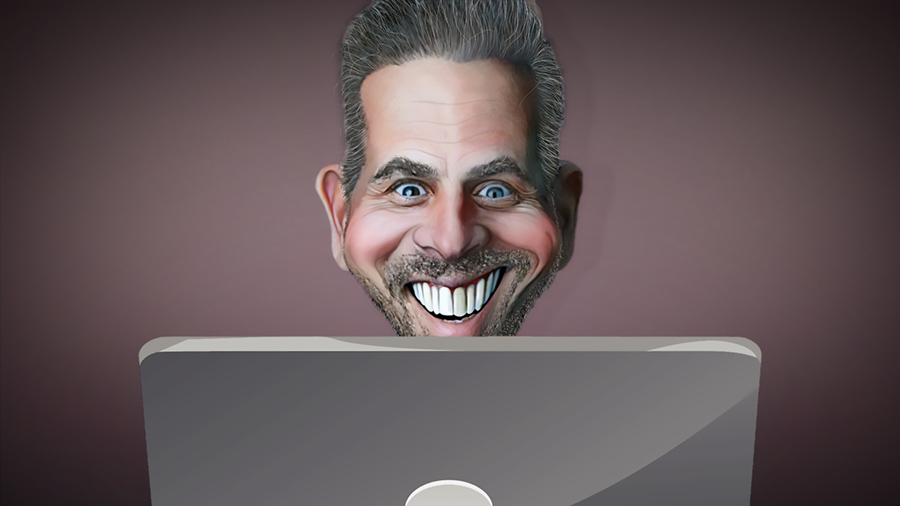 Can you take any more stories today about Deep State political corruption? Well, there’s more, and I’d say we ought to just stick a fork in the FBI, because it’s done.

We knew the FBI had somehow hidden the evidence contained on Hunter Biden’s laptop, proclaiming it “Russian disinformation” until Biden was safely in the Oval Office. But until now, we didn’t know the mechanics of this and who might have been involved. Thanks to multiple new FBI whistleblower allegations that were communicated to Iowa Sen. Chuck Grassley’s office, it’s becoming clear.

How The FBI Shut Down the Hunter Biden Laptop Investigation

Jerry Dunleavy at the Washington Examiner reports that Brian Auten, supervisory intel agent at the FBI, opened an assessment in August 2020 — two months before the New York Post published Miranda Devine’s laptop story — which apparently was used in coordination with an FBI headquarters team to improperly discredit Hunter Biden information as disinformation and, as Sen. Grassley put it, “caused investigative activity to cease.”

Also, Timothy Thibault, assistant special agent in charge (ASAC) of the Washington field office and strident anti-Trumper, is said by whistleblowers to have shut down a line of inquiry in October 2020 — weeks before the election — despite some details being known at the time to be true. These two guys, Auten and Thibault, seem to have been the key players in getting that investigation shut down. Investigators from an “FBI headquarters team” were in communication with them.

The FBI and “Justice” Department have “systemic and existential problems” within their agencies. The American people deserve better than this, and to fix it, we can’t just tinker around the edges.

In September 2020, their findings on whether the claims about Hunter Biden were true or not were held in a “restricted access sub-file.”

These new allegations have been put into a letter from Sen. Grassley to Attorney General Merrick Garland and FBI Director Christopher Wray, both of whom I’m sure will get right on it. This development comes just as the U.S. attorney’s office in Delaware is reportedly nearing a decision on whether to press charges against Hunter. The investigation started as a look into his unpaid taxes but reportedly has expanded into potential money-laundering and foreign lobbying.

The DOJ and FBI are ‘Institutionally Corrupted to Their Very Core’

Grassley’s four-page letter makes for informative reading. For example, there’s this: “Despite the matter being closed in such a way that the investigative avenue might be opened later, it’s alleged that FBI officials, including ASAC Thibault, subsequently attempted to improperly mark the matter in FBI systems so that it could not be opened in the future.” (Editorial comment: !!!)

“If these allegations are true and accurate,” Grassley wrote, “the Justice Department and FBI are — and have been — institutionally corrupted to their very core to the point in which the United States Congress and the American people will have no confidence in the equal application of the law.”

Personally, I think the American people have already reached that point. Of course, Congress, as exemplified by the J6 committee, isn’t looking so trustworthy, either, when it comes to equal application of law. That, we’ll have to correct at the ballot box.

The FBI is a Collapsing Star

Wisconsin Sen. Ron Johnson appeared Tuesday on Sean Hannity’s FOX News show to discuss the story, suggesting a special counsel might be called for. I would definitely second that. After all, who else is going to investigate the FBI? The FBI?

If you recognize the name Brian Auten, it’s because he was one of the FBI agents also involved in Crossfire Hurricane. In fact, Auten interviewed Igor Danchenko, the main source for the fictional Steele “dossier” who awaits trial in October for lying to investigators regarding the Russia Hoax. Chuck Ross at The Washington Free Beacon would like to introduce him to you and describe some of his past activities at the Bureau, such as his big push to get surveillance warrants on Carter Page. I imagine we’ll be hearing more about Auten in conjunction with Danchenko’s trial, maybe in one of those “walking indictments” John Durham is so skilled at delivering.

Jordan Boyd at The Federalist highlights some of the especially eviscerating parts of Sen. Grassley’s letter.

The senator is right: the FBI and “Justice” Department have “systemic and existential problems” within their agencies. The American people deserve better than this, and to fix it, we can’t just tinker around the edges. Seems to me the FBI is coming to its end, like a collapsing star.

Finally, I’m happy to say the editorial board at the New York Post has largely redeemed itself after its nonsensical condemnation of President Trump over January 6. The board managed this with a jaw-droppingly magnificent commentary about the FBI’s bunko “collusion” narrative. This says it all — a must-read. Still, it’s frustrating that they see the Russia Hoax for the “political hit job” it was, yet don’t recognize the J6 hearings as more of the same.