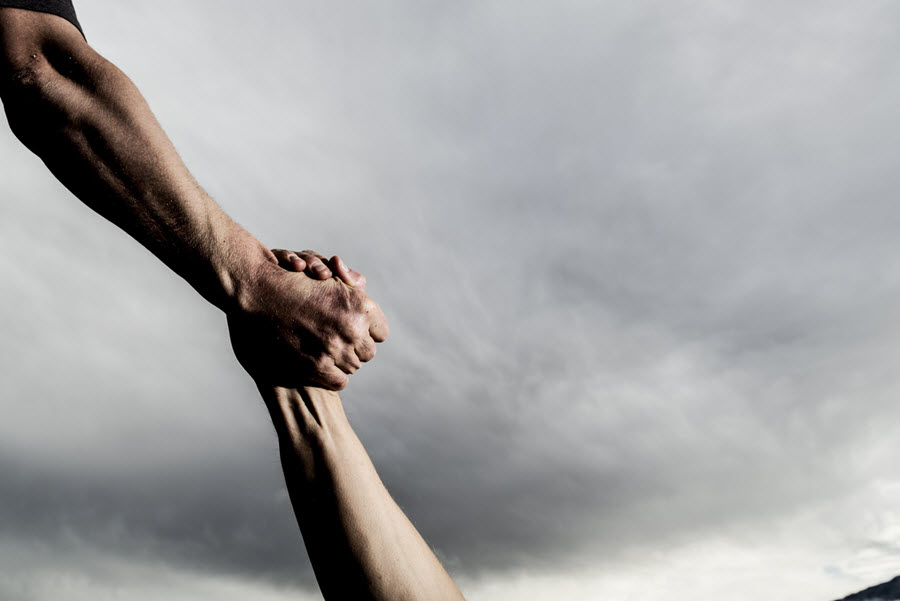 While David was at Horesh in the Desert of Ziph, he learned that Saul had come out to take his life. And Saul’s son Jonathan went to David at Horesh and helped him find strength in God. “Don’t be afraid,” he said. “My father Saul will not lay a hand on you. You will be king over Israel, and I will be second to you. Even my father Saul knows this.” The two of them made a covenant before the Lord. Then Jonathan went home, but David remained at Horesh.

He never asserted himself and even chose to honor the position of the king even though the man under the crown was not honorable. He chose not to lift a hand against Saul, even when he could have killed him and many would have said it was justifiable. And yet he’s in the wilderness running for his life.

Three things I want to encourage each of us with today in this story are:

First, Jonathan had empathy for David’s plight. He did not dismiss it or minimize it.

Second, without denying Saul’s desire to kill David, Jonathan reminded David of God’s promise: Saul will not lay a hand on you and you will be King.

Third, Jonathan accepted that he would be second (or servant) to David. He humbled himself before David, instead of being envious or angry, because that is God’s will.

The take away from this right now? The world is hurt, broken, confused, dismayed, mistreated and in many ways manipulated by principalities and rulers. We — God’s people — have the opportunity and responsibility to help all of our neighbors find strength in God.

Let us be a people who hear, who see, who love, who prefer, who honor … who strengthen.

John Yeatts is the Campus Pastor of LIFE Outreach International and the National Coordinator of Churches for LIFE. As coordinator, he serves the pastors, ministers and local congregations that have joined with LIFE Outreach International to help carry the burden of ministering to the world’s hurting. He has served in full time ministry for 30 years, 15 of those years in the role of a pastor to the local church. He earned a BA degree from Central Bible College, now known as Evangel University, majoring in Bible and Missions, with a minor in Evangelism. He is a husband of 26 years and father of three children. John and his family recently planted Texoma Bible Fellowship in Whitesboro, Texas.