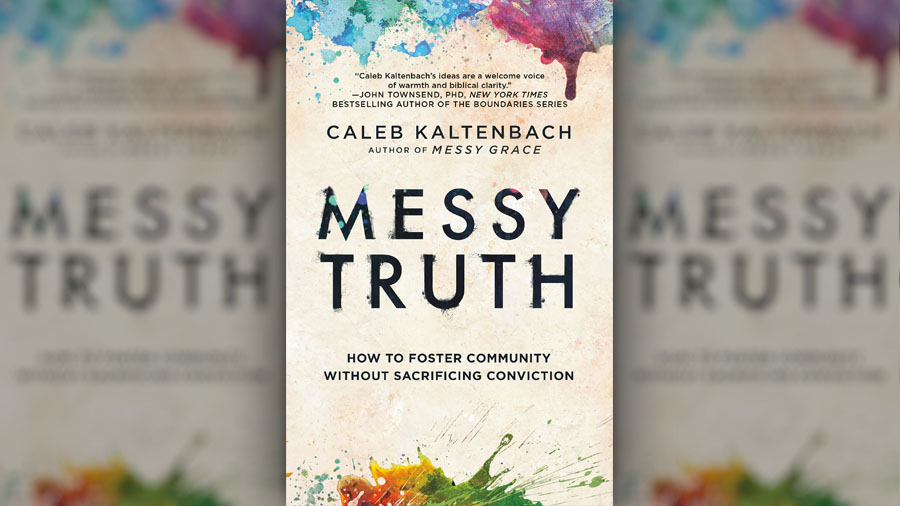 By Billy Hallowell Published on September 7, 2021 •

Author Caleb Kaltenbach once found himself saying, “I never want to be a Christian,” but a blatant attempt to try and disprove the Bible left him in the most surprising of circumstances: accepting Christianity and transforming his heart and mind in the process.

Kaltenbach’s faith journey and theological views are especially surprising considering he was raised by three gay parents in an activistic environment before his conversion.

“My parents divorced when I was two and they both went into same-sex relationships,” he told the Edifi With Billy Hallowell podcast.

That journey led Kaltenbach and his family into years of pro-LGBTQ activism where he often encountered hate and anger from some who called themselves Christians — people who left him feeling in his early years as though he’d never want to be part of the faith.

“I learned real quick from things that I saw in pride parades, the way how I saw Christians treat people, the way how I saw families ignore their young sons dying of AIDS in the 1980s — I saw real quick that Christians hated gay people,” he said. “And I thought to myself, ‘Man, I never want to be a Christian. If Christians are this bad, I can’t imagine how awful Jesus must be if he’s their leader.’”

But something unexpected happened during his teen years. Kaltenbach joined a Bible study when he was 16 in an effort to try and disprove Christianity. Despite his best efforts, Kaltenbach shockingly found himself captivated by scripture — and everything changed.

“I became a Christian, changed my view on sexuality to what I hold today — that God designed sexual intimacy and affection to be expressed in a marriage between a man and a woman,” he said.

The journey from there wasn’t easy, especially when Kaltenbach’s family found out about his conversion. His parents kicked him out of the house, though they later reconciled.

“I think my parents realized eventually that I was not one of ‘those’ Christians,” he explained, referring to the angry people his family had encountered during his younger years.

Kaltenbach’s faith journey didn’t stop there; he decided to go into ministry and became a pastor. As for his parents, they, too, became Christians in their later years.

In addition to holding biblical views on marriage, Kaltenbach said he also embraces another contention: that “theological beliefs should never be catalysts to devalue others.”

He’s tackling these beliefs in his new book, Messy Truth: How to Foster Community Without Sacrificing Conviction, as he continues to help Christians find a balance between truth and love and to create “a sense of belonging for all people.”

Kaltenbach told “Edifi” that he believes it’s important for Christians to show empathy for others, but differentiated between having compassion and abandoning values.

“We need to employ a lot of empathy … I don’t mean empathy as being a pushover,” he said. “To me, empathy is similar to humility … empathy is acknowledging somebody’s reality.”

It is from there that Kaltenbach believes people can be reached with the gospel.

As for culture’s current swing away from traditional values, Kaltenbach admitted that it has been difficult to watch, but he continues on his journey to help Christians process societal changes in positive and uplifting ways.

Listen to the full interview to hear more about Kaltenbach’s views and his journey.