Hatred of Trump Vs. Hatred of the Left 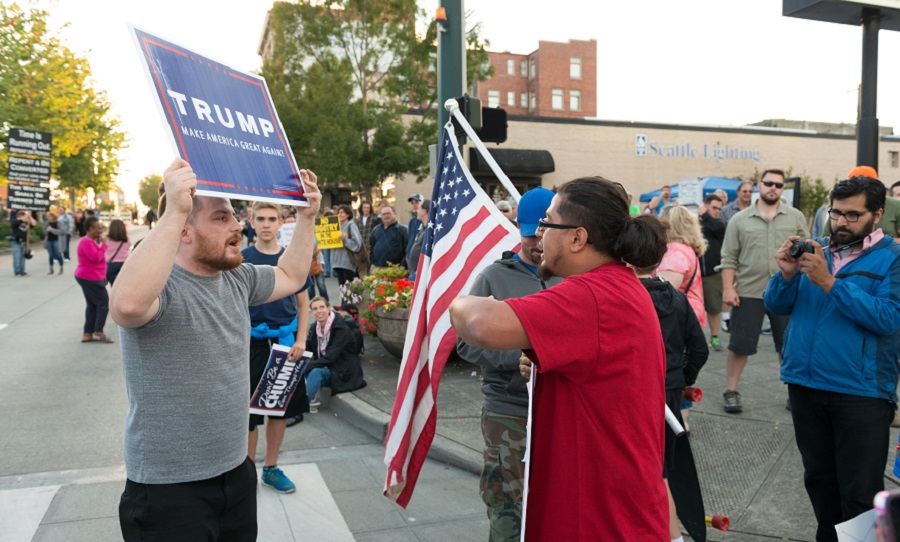 One way in which today’s presidential election can be summarized is this: It is a contest between those who hate Donald Trump and those who hate the left (as I always point out, I am referring to the left, not to liberals or liberalism).

This is so accurate an assessment I suspect even most Democrats would agree with it.

They know they hate President Donald Trump. And they know conservatives (and a few courageous liberals) hate the left.

When you put it this way, it shows how superficial the anti-Trump electoral argument is. We who are not on the left base our opposition to the Democratic Party on ideas, values and our love for America, not on antipathy toward an individual. And let me assure Democrats: Most Republicans had just as much contempt for former President Barack Obama and have as much contempt for Joe Biden as Democrats have for Donald Trump. But we don’t obsess over personalities; we obsess over America.

Leftists — and the naïve liberals who do not recognize the left as the mortal enemy of liberalism — are obsessed with the president’s persona. In their endlessly repeated, hate-filled descriptions of him, he is the apotheosis of evil: a dictator, narcissist, misogynist, racist, xenophobe, anti-Semite and white supremacist. He is morally and financially corrupt. He is mentally incompetent. He’s unrefined. He uses the presidency solely in order to enrich himself. His reelection will mean the end of American democracy. He has told more than 22,000 lies. He loves dictators and has contempt for America’s allies. His 2016 campaign colluded with Russia to undermine and “steal” the presidential election. He said there are “very fine” Nazis. To top it all off, he is responsible for more than 200,000 American deaths due to COVID-19.

Virtually every charge is either wildly exaggerated or outright false. For instance, regarding Trump’s alleged responsibility for the American deaths due to COVID-19: Do these people hold the leaders of Belgium, Spain, Brazil, Bolivia, Chile and Ecuador — all of whom have a higher rate of death from COVID-19 than America — responsible for all of their respective countries’ deaths?

Do these people hold any other leaders in the world responsible for the COVID-19 deaths in their countries?

Do these people hold New York Gov. Andrew Cuomo responsible for the deaths in New York, the state that has had by far the highest death rate in America?

If one cared about truth, one would hold Cuomo far more responsible for New York City’s virus deaths than Trump for America’s virus deaths. But what is truth compared to hatred of Trump?

To those who hate Trump because they regard him as such a defective human being, there is nothing good he can do.

A particularly pathologic example is American Jewry, which is expected to vote 3 to 1 for Joe Biden. Presidential candidates since Bill Clinton have vowed to recognize Jerusalem as Israel’s capital, which would entail moving our embassy there. Israel was the only country in the world in which the United States had its embassy in a city other than the capital. Only Donald Trump kept his promise by actually moving the embassy. And he did so despite the dire warnings of “experts” — a group that is frequently wrong on almost every issue — that the Arab and Muslim worlds would erupt in violence. The opposite happened: His policies have led to peace between Israel and three Arab countries, with more likely to follow unless Biden and the Democratic appeasers of Iran and the Palestinians come to power.

But peace between Israel and Arab countries, moving the American embassy to Jerusalem, and the fact that Trump has a Jewish daughter, Jewish son-in-law and Jewish grandchildren all mean nothing to most American Jews, for whom The New York Times means far more than the Torah. (The proof, if needed, is that the Jews who believe in the Torah will vote overwhelmingly for Trump.) Meanwhile, 70% of Israel’s Jews support Trump.

In addition, Trump did more for black America than any president since Abraham Lincoln — but, of course, that’s only true if you think the lowest black unemployment rate ever recorded, prison reform, opportunity zones, support for school choice and second chances for those convicted of crimes matter. But none of this matters to Trump haters. Their only concern for blacks is that blacks be as angry at America as possible. Angry blacks are Democratic voters. Blacks grateful to be Americans are Republican voters.

Which brings me to the competing hatred: hatred of the left.

Hatred of the Left

Those who hate the left do so not because of dislike for any individual but because everything the left touches it ruins. As I have written about this at length, I will only list examples:

Freedom of speech — for the first time in American history.

Nothing in life is left unscathed.

And the Democratic Party is now the party of the left.

So, while the Democrats and their media focus on Donald Trump, the rest of us focus on the left and the list above.

That strikes me as the more moral concern. Between Donald Trump’s narcissism and the left’s assault on liberty; left-wing elected officials standing by as leftists smash windows and burn cities; and the left’s rewrite of American history to ensure that our children have contempt for America, a vote for Trump should be an easy call to make for anyone who loves this country.