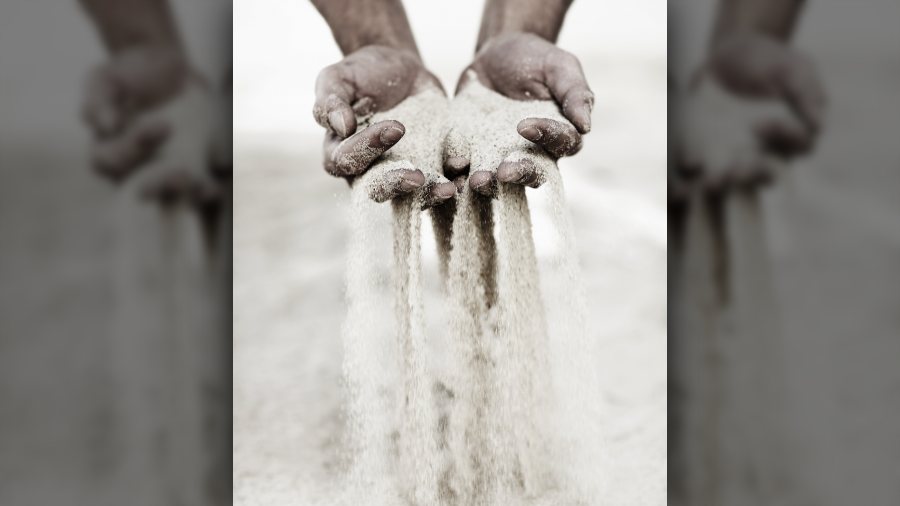 The entire nation was on the same page when they saw George Floyd murdered. Everyone knew it was evil. That moment was the time for mature discussions on race to occur. But if we are not careful, that moment could be squandered by what has happened since. Can we regain the “oneness” of that moment — and discuss matters in a way that produces racial healing and addresses key issues?

Below I list 20 things that could help us in conversations that would move us toward racial healing.

1. LISTEN: Since 2015, I have met privately with blacks and stated, “Teach me. Tell me about your experiences. Help me to understand.” I urge you to do the same. Then listen. We, as whites, can learn some things. In those conversations, whites, be quiet. You can ask questions, but don’t interrupt. Don’t say “Yes, but.” Listen and ponder.

2. KNOWING WHAT NOT TO SAY AS A WHITE #1: Do not say, “Some of my best friends are black.” It is best not to say this. (Personal note: I have three sisters-in-law and one nephew that are black. I will only share that if I feel it truly enhances the conversation with the black person. Otherwise, it does not need to be said.)

4. KNOWING WHAT NOT TO SAY AS A WHITE #3: Do not say, “Well, I never owned slaves, and you never were one.” While that is true, some things are better left unsaid.

5. WHITE VIRTUE-SIGNALING: Stop it. It does nothing truly substantive. Whites, you have no idea how pompous it looks. Stop it. I have heard blacks speak of how offensive this is. It is pandering, and everyone knows it.

6. WHAT NOT TO SAY AS A WHITE UNLESS IT IS REDEMPTIVE TO THE CONVERSATION: “Well, my ancestors fought for the North.” While it might be true, please don’t share that unless it genuinely brings redemptive tones to the conversation. (Personal note: My great grandfather fought for the North, for real, and we still have his musket, but it does not have to be stated in most conversations. It isn’t relevant. This is not about your ancestors. This is about their present-day black experience.)

7. WORDS THAT CONTRIBUTE LITTLE: Can we have a decent conversation without using the terms “racism,” “privilege” and “reparations,” and instead, tell our stories? (Personal note: From 2015 to the present, I have been in numerous productive conversations with blacks — asking them their experiences. One conversation was not. That particular person just wanted to condemn everyone as a “racist.” Avoid trying to talk to anyone who has the proverbial “chip on their shoulder.” Avoid them. There are many other persons with whom you can have productive, healing conversations.)

8. IDENTIFICATIONAL REPENTANCE: I believe in “identificational repentance,” that is, repenting for things you did not even do or even know about. This careful and tender sharing of thoughtful words can produce healing in a person who has been wronged. For example, my wife has asked Jewish Holocaust survivors for forgiveness, although she was never a Nazi. Elderly Jews have wept openly upon hearing the words, “I am sorry, so very sorry.” In pastoral conversations, I have asked women for forgiveness for what men (whom I never knew) have done to them. They wept as healing came.

It is appropriate — in my opinion — to ask blacks, who have experienced the pain of hatred and discrimination, for forgiveness even though you or I were not the whites who did that to them. There is biblical precedent. Moses repented on behalf of the people. Daniel did the same, as did Ezra. The Holy Spirit can use this to bring healing to wounded black brothers and sisters. The steps are (1) acknowledgment of the offense, (2) repent before the Lord, (3) ask for forgiveness and (4) work towards restitution.

Note: This is not the same as “white guilt” where people wrongly say, “We did it. We killed George Floyd.” No, we did not. Derek Chauvin did it. Identificational repentance is when you ask for forgiveness on behalf of another, the one who did the wrong. You are not assuming the sin upon yourself. “White guilt” is shame-based, a tool of the Evil One. He assigns false guilt. “White guilt” oppresses. Identificational repentance releases. It is designed to bring redemptive healing to the suffering one, not blame to persons who never committed the act.

Working Together — Toward Progress

9. ONE RACE: Dr. Alveda King, the niece of the late Dr. Martin Luther King, Jr., constantly reminds us that we are one race. Different ethnicities admittedly, but one race.

10. FOCUS: Knowing that substance is more important than images, focus on those things that can truly address the lives of blacks. The outstanding blacks who hosted “The Reconciled Church” event a few years ago taught us, as whites, that there were four key areas that needed our joint attention: (1) education, (2) economic realities, (3) judicial reform and (4) prison reform. I would add a fifth — the most important — helping reestablish the black nuclear family.

11. EDUCATION: If blacks could be released from horrifically-failing urban schools and allowed to use vouchers, there could be an enormous difference in black academic achievement. Tragically, this is blocked by teachers’ unions and many Democrats. Interestingly, they cry “choice” except where it could help black school-age children. In the meantime, what if white retired seniors were connected — in large scale — to help tutor black children in after-school programs. It would help students, bless seniors and fostering tender, caring, new relationships that could have long-term implications.

12. ECONOMIC: The Democrats do a superb job of “talking” about the poor, but have policies that produce a permanent underclass. The Republicans are not adequately empathetically articulate regarding the poor, yet they have policies that successfully lift them socioeconomically. Consider the fact that pre-COVID-19, the Trump economy had the lowest unemployment for minorities ever! Ever! And look at the “opportunity zones” that are being developed in thousands of inner-city neighborhoods — that the news sources do not share. Read and study widely on this and see where you can help make a difference. Know the five biblical economic principles that must be present for a community or a nation to prosper.

13. JUDICIAL: My eyes were opened on this only in recent years. The good news is that both Dems and GOP have desired to see progress. Included in this would be the area of policing guidelines. Examine carefully the Executive Order signed on this. The heart of the judicial matter is this: Many (most?) whites can afford an attorney when they get into the legal system. Many (most?) blacks cannot afford one and thus have a public defender. At that point, one is lost in the system. At that point, the “judicial system” is neither “judicious” nor “systemic.” Most whites do not understand this. Most blacks do. We, as whites, need to listen and learn from blacks on this issue. This is one where real progress has been made in the last two years. We can continue to work together on this.

14. PRISON: My eyes were opened on this one as well — only in recent years. The good news is the Trump Administration has made enormous positive steps. The tragedy is that most people do not know this and have never read about what has happened in this area because the news sources — who get higher ratings from bad news — do not report it. Become informed. This is solvable. We can all work together on this.

15. FAMILIES: The greatest single predictor of a child’s future life is if his/her parents (1) get a high school degree, (2) get married, (3) then have children — IN THAT ORDER. Notice that a college degree is not listed. Even a high school diploma makes a difference. Under President Lyndon Johnson, the “Great Society” legislation devastated the nuclear black family. The family unit had managed to withstand the horrors of slavery and Jim Crow but was crushed by Johnson’s policies. Little boys who have no daddies are at an enormous disadvantage. Little girls who have no daddies are equally disadvantaged. Fatherless children are many times more likely to be involved in criminal activity and end up in prison.

THE MOST CREATIVE ENTREPRENEURIAL THOUGHTS MUST BE EXPENDED FINDING WAYS TO HELP REESTABLISH THE BLACK NUCLEAR FAMILY. It baffles my mind that one of the 13 guiding principles of “Black Lives Matter” states, “We are committed to disrupting the Western-prescribed nuclear family structure requirement by supporting each other as extended families and ‘villages’ that collectively care for one another, and especially ‘our’ children … ” END OF QUOTE. The best way to bless black children (and all children) with a bright future is to be raised in homes with a daddy and mommy who love each other and stay together. Three out of four black children do not have that. Find every way to help black families be formed and stay together.

16. KILLING: Help all whites and blacks understand that the most racist organization is Planned Parenthood, founded by Margaret Sanger for eugenics, that is, for the purpose of killing blacks. Planned Parenthood alone kills 247 black babies per day. The total number from all abortuary killing centers is considerably higher. Work to expose this evil organization and its distinctively racist past and present.

17. PANDERING: Whites must stop saying dumb things and doing pandering actions. (It seems as if the “Spirit of Stupid” has fallen on many whites.) Sometimes it is best to be silent.

18. KNOW IT ALL: If whites are not prepared to listen and learn, any conversation is in vain. Ask questions. Listen. Learn. Grow.

19. SOLUTION SUNDAY: Senator Tim Scott (black) and Senator James Lankford (white) have suggested that every person select a Sunday in which they go out to eat with someone of a different ethnic background — black, white, Hispanic, Asian. What would happen if 330 million Americans did that? They won’t, you say? Well, how about you?

20. PRAY AND FAST: This issue is so entrenched, “some things come only by prayer and fasting.”