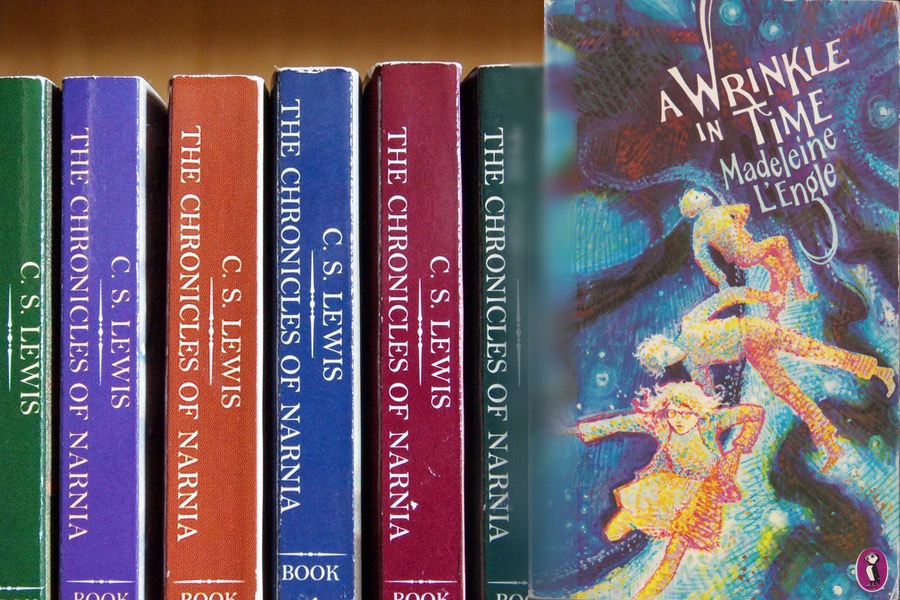 By John Stonestreet Published on December 1, 2018 •

Happy birthday to two of the greatest storytellers of the 20th century.

Politics, we like to say, is most often downstream from the rest of culture. I say “most often,” because politics sometimes leads other aspects of culture. But that’s rare. Most often, politics reflects the larger culture more than shapes it.

And here’s another truth: The ideas that shape politics and culture are rarely advanced by argument. Rather, the ideas that matter most are advanced through our imaginations.

November 29 was the birthday of two great progenitors of ideas, who were Christians, and who understood the power of storytelling.

Madeline L’Engle, born on Nov. 29, 1918 or 100 years ago today, is best known for her children’s science-fantasy classic “A Wrinkle in Time.” In the book, 13-year old Meg Murray and her brother, Charles Wallace, search for their father, through time and space. Their quest, which involves encounters with many supernatural guides, has been compared to the longing all humans have for a heavenly father.

That similarity was no accident. Madeline L’Engle often described her stories as a way to illuminate spiritual matters. “Our truest response to the irrationality of the world is to paint or sing or write,” she said. “For only in such response do we find truth.” Stories, she continued, “make us more alive, more human, more courageous, more loving.”

To be clear, some of Madeline L’Engle’s ideas stray from Christian orthodoxy, and the recent film adaptation of “A Wrinkle in Time,” though successful at the box office, was not faithful to the Christian ideas of the book. In fact, I don’t recommend the movie. But for a book in the tradition of great Christian fantasy writers like C.S. Lewis and Charles Williams, it is hard to beat “A Wrinkle in Time.”

And speaking of Lewis, he shares Madeline L’Engle’s birthday. The great Christian writer was also born on this date in 1898, 120 years ago today. Lewis’ razor-sharp mind was often employed in defense of the Christian faith. His non-fiction work, especially books like “Mere Christianity” and “The Abolition of Man,” has stood the test of time. But as I often tell audiences, if you struggle with Lewis’ non-fiction, you can always go to Narnia. You’ll find Lewis’ ideas there, too, articulated with the power of his storytelling.

Narnia, before Aslan arrives, is described as “always winter but never Christmas,” and offers a vivid picture of what it means for a world to await redemption. And, when we meet the boy whose name was Eustace Clarence Scrubb (“and he almost deserved it”) in the opening pages of “The Voyage of the Dawn Treader,” we realize how bad ideas can infect education and fill a culture with “men without chests.”

Lewis understood that stories can help us see truth in ways that cold, hard logic sometimes hides. “That is one of the functions of art,” he wrote, “to present what the narrow and desperately practical perspectives of real life exclude.”

The Bible, though full of stories, is more than just a collection of them. The stories in the Bible make up an overarching Story (capital “S”). It should not surprise us, then, that stories shape our hearts and minds, or that writers like Lewis and L’Engle can help us understand the true Story of the world in deeper, richer ways. Of course, we have their works available in our online book store at BreakPoint.org.

And, as we mark the birthdays of these great Christian storytellers, we pray that God will raise up many more like them in this cultural moment.

From Equality Indexes to SOGI Laws, the LGBTQ Movement Marches On

Asteroid 2019OK’s Near Miss Rocks Scientism: Why a Little Humility is in Order