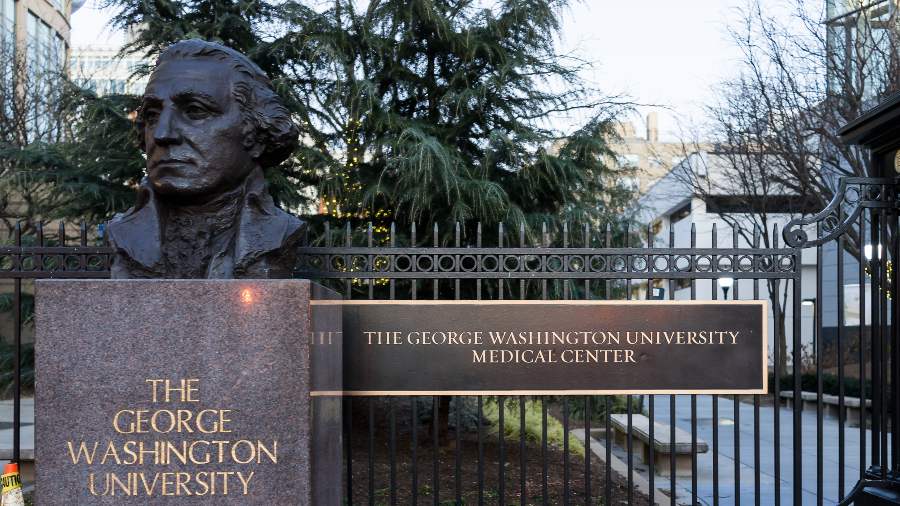 Controversy ensued when students hung posters that initially appeared to be advertisements for the Winter Olympics in China. Upon closer examination, they depicted Chinese human rights abuses, especially those inflicted upon Uyghur Muslims there. The posters were created by a Chinese dissident artist who goes by the name of Badiucao, who emigrated to Australia and who uses his artistic talents to criticize the Chinese Communist Party.

I demand him an explanation why exposing CCP’s abuse offends him. pic.twitter.com/Bm5k2nFAJ4

The university quickly took the posters down after the Chinese Students and Scholars Association, which is closely connected with the Chinese Communist Party, claimed the art was “making a large number of Asian students feel uncomfortable and unsafe.”

The university subsequently reversed its decision, calling the removal of the posters a mistake. University President Mark Wrighton apologized in a statement Feb. 7 for being too quick to censor the artwork.

“Upon full understanding, I do not view these posters as racist. They are political statements,” Wrighton said. “I want to be very clear: I support freedom of speech — even when it offends people — and creative art is a valued way to communicate on important societal issues.”

The Daily Signal asked students at George Washington University about their views on free speech on campus and on China’s human rights violations.

When asked if art should ever be censored, Gonzalez said: “Yes, definitely. Especially in D.C. and a college campus, where a lot of kids are very liberal and very active in politics. I think you have to be aware of what you’re putting up, especially if it’s the school putting it up, because I mean, we’re coming here to get educated, and some of that can be very offensive.”

The Daily Signal asked Gonzalez whether he considered part of education to be engaged with other viewpoints. He said, “I think, you know, everyone has the right to say and do as they please, but I don’t know, I think we have to focus on what others may feel about it, like different perspectives, before putting something up like that.”

Tigist Demeke, another student at GW, said she thought free speech on campus should have limits so that minority groups are not offended.

“I feel like it just shouldn’t get to the point where it’s blatantly offensive to other people. And you can voice your opinion, but without disrespecting the beliefs of another person,” Demeke said. “Because even though this is a predominantly white institution, there are still many who are minority students, and I just think we need to account for that as well.”

McCaffrey said he understood not wanting to spread messages that could harm certain groups, but added that he didn’t think that was the intent of the posters.

“To me, it didn’t seem like anti-Chinese racism or any kind of ethnic discrimination,” McCaffrey said. “It seemed more of a direct critique of the fact that China’s hosting [the Winter Olympics] that’s supposed to be a positive humanitarian event. But at the same time, [the Chinese are] doing pretty terrible things to the Uyghurs and other ethnic minorities.”

When asked whether art should be protected by the First Amendment, Gardner said he thought it was a unique form of expression because it gets messages across in a more accessible way.

“I tend to think art should 100% be covered by the First Amendment. I think art is one of the best ways you can get differing opinions out there,” he said.

McCaffrey said he thought art was powerful because it can change minds and offer critiques in a unique way. He noted the First Amendment works both ways.

“I think that if you were truly offended by these posters, and you felt like it was a target against your community because of the First Amendment, you have the right to speak out and make that known. So, there’s a kind of a counterbalance effect,” he said.

“Sometimes thoughts cannot just be expressed in words,” Chen said. “I definitely consider art as a form of expression. But whether it should be counted as a part of free speech, that’s debatable.”

Emma Rarden contributed to this report.

Snuff Out the Torch