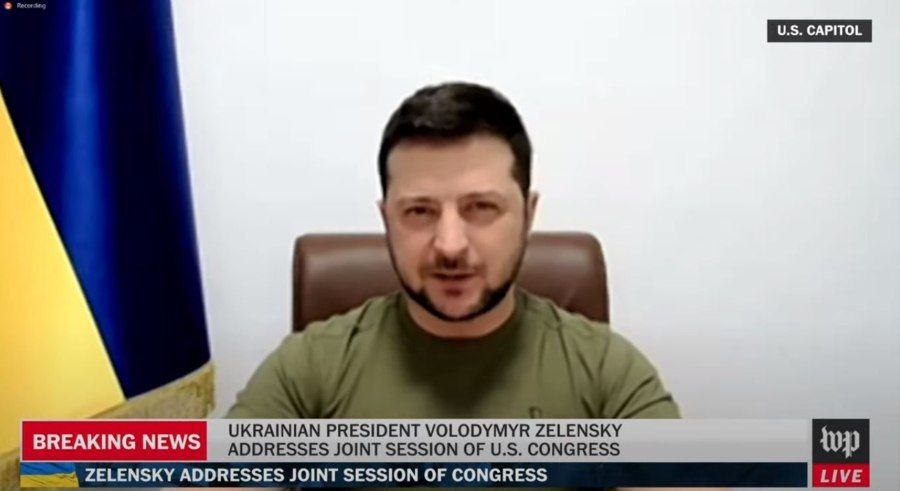 Who are we as a nation? While the answer may lead to policy debates, a serious consideration of who and what we are about is critical to getting out of ideological silos and actually making coherent policy that helps solve some of our many problems.

Ukrainian president Volodymyr Zelenskyy, asking in desperation for our help, called on us to recall our nation’s motivating ideals. “I remember your national memorial in Rushmore,” he said to Congress. “The faces of your prominent presidents, those who laid the foundation of the United States of America as it is today. Democracy, independence, freedom, and care for everyone, for every person, for everyone who works diligently, who lives honestly, who respects the law. We in Ukraine want the same for our people.”

No Return to Normal

In New York, we celebrated St. Patrick’s Day with the customary parade, rejoicing in a return to “normal.” But people in Ukraine and elsewhere have no hope of a life that involves peace and security anytime soon.

In Iraq, Christians and other religious minorities know that no one really wants them there — or cares that they are there, relatively speaking. That’s why Pope Francis’s visit to that country a year ago this month was so important to them.

When ISIS was waging genocide on Iraqi Christians, they had to beg us to notice. Perhaps the one mercy for Ukraine is that we are not looking away. But Ukrainians need more than that. As do the Iraqis. Our lack of follow-through is a bipartisan problem.

Our Duties as Neighbors

Zelenskyy, in asking for our help — in English — is calling on our better angels, imploring us to help our neighbor — anyone who supports human rights, and freedom, “for the right to live decently; and the right to die when your time comes and not when it’s wanted by someone else.”

Zelenskyy, who is Jewish, was reminding many Christians about their duties to their neighbor. But it does mean doing more, caring more, pouring oneself out for our neighbors. As a country, we obviously can’t do that for every nation on Earth, but we should offer more than words, and help those whose very existence is under threat. We have been stingy in recent years about true refugees — the victims of ISIS have stories to tell.

In his book, The Disappearing People: The Tragic Fate of Christians in the Middle East, Stephen M. Rasche, an American who works for the Archdiocese of Erbil, writes: “We had spent years of critical human and financial resources trying to bring help and positive change while there was still time, and everywhere, we were being undermined, misled or outmaneuvered.”

Knowing Who We are

During the Cold War years, people knew were we stood. I’m not sure that’s the case now. We can’t have a coherent Ukraine, refugee or any other policy without knowing who we are. The Catholic high school I attended has dropped AP European History. If we don’t understand where we came from, with both the good and the bad, how can we go forward?

William F. Buckley Jr., the founder of National Review, the magazine I work for, said in a speech called “What Americanism Seeks to Be” that: “The Constitution of the United States, and in particular the Bill of Rights, is essentially a list of prohibitions; but it is a list of things that the government cannot do to the people.” He went on to say: “It grew out of a long, empirical journey, the eternal spark of which, of course, traces to Bethlehem, to that star that magnified man beyond any power of the emperors and gold seekers and legions of soldiers and slaves: a star that implanted in each one of us that essence that separates us from the beasts, and tells us that we were made in the image of God and were meant to be free.”

What we are watching in Ukraine and in our own country is not reality TV but a reality check. Do we still value true freedom and human rights? Are we still a beacon for others in that way?