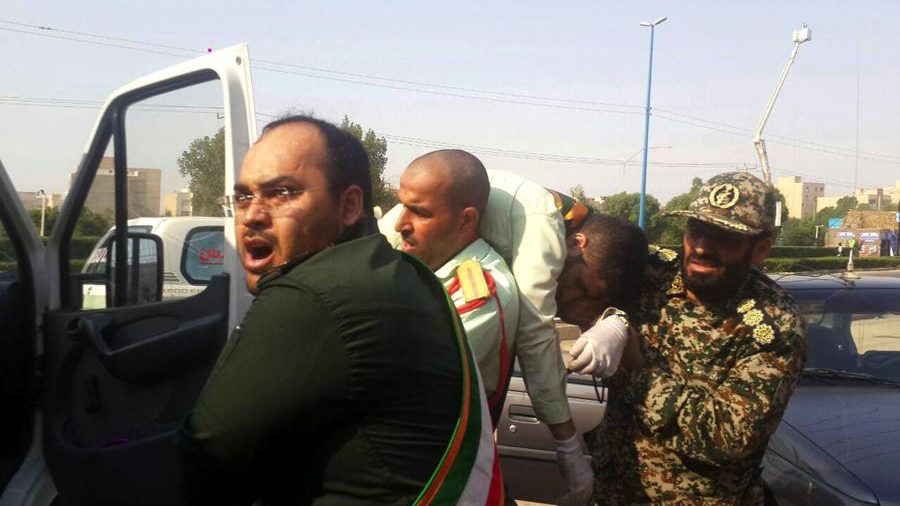 In this photo provided by the Iranian Students' News Agency, ISNA, Revolutionary Guard members carry a wounded comrade after a shooting during their parade marking the 38th anniversary of Iraq's 1980 invasion of Iran, in the southwestern city of Ahvaz, Iran, Saturday, Sept. 22, 2018. Gunmen attacked the military parade, killing at least eight members of the elite Revolutionary Guard and wounding 20 others, state media said.

By NASSER KARIMI and JON GAMBRELL Published on September 22, 2018 •

This article is available to read at the Associated Press Archive Link here: https://apnews.com/42dcacc19c4041daa038c14a546e8242/Gunmen-attack-Iran-military-parade,-killing-at-least-24