Greta Thunberg and the Cult of Adolescence: Our Expectations Are Still Too Low 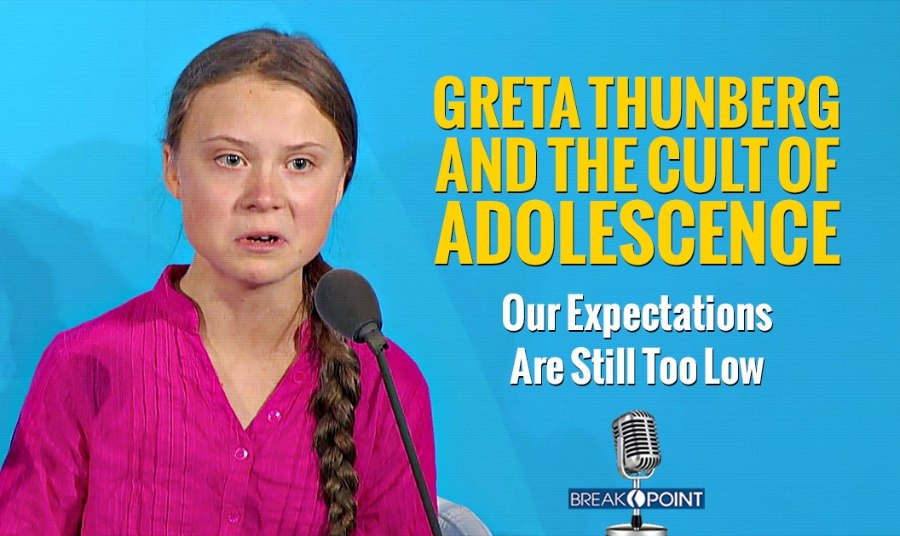 Last week, before news of an impeachment inquiry stole the headlines, sixteen-year-old climate activist Greta Thunberg grabbed top billing with her “How dare you?” climate change speech at the United Nations. In fact, even before Thunberg had been declared as the voice of a generation, the ultra-liberal Church of Sweden tweeted that Jesus had appointed her as one of His successors.

While I, as I’ve discussed a few times recently, don’t share her climate alarmism, the international beatification of Thunberg mirrors something we saw in the wake of the Parkland shooting last year: Elevating teenage spokespersons for political causes. In at least the cases of Thunberg and the Parkland victims, their activism jettisoned reasoned discourse for melodramatics, complete with screaming and swearing, and absent anything that could be considered “respecting your elders.”

And as a Babylon Bee headline parodied, challenging these elevated spokespersons is just not allowed: “I Will Stop at Nothing To Take Away Your Constitutional Rights—Whoa Bro, Why Are You Attacking Me, I’m Just A Kid!”

The increasing trend to block debate with angry teenage shields is the next step in a culture captivated by what I call the cult of adolescence. Adolescence, as Brett Kunkle and I have written about in our book A Practical Guide to Culture, is a recent innovation in Western society. In most cultures throughout the history of the world, kids went from being kids to being adults. Today, they become adolescents. It’s so normal, we actually expect kids to lose their minds during their teenage years.

But along the way, two things happened. First, people began to enter adolescence earlier and earlier, and are leaving it later and later. Adolescence has expanded dramatically. In fact, many experts today identify adolescence as the stage of life between ages 11 and 30!

Adolescence as a Goal?

Second, adolescence has moved from being a stage of life to being the goal of life. Long gone are the days when grown men and women wished to appear older and wiser. We are now a culture that wants to stay young and free forever, one that sees the “good life” as the ability to be adolescent as long as possible.

What does this have to do with Greta Thunberg and the students from Parkland? Well, for many people in a culture like ours, chronology equals correctness. Beliefs and opinions of kids matter more than adults, not because they are informed or accurate, but simply because they’re younger.

Young adults should champion big ideas and important causes, and in the process, they should expect to encounter and be ready to answer opposing arguments.

In a culture captivated by a cult of adolescence, we should do what teenagers like Thunberg and the Parkland activists say (and dismiss their tendency toward hysterics and hyperbole) despite the lack of good arguments and evidence, as if youth confers a kind of sainthood and argument-immunity. In fact, all across our culture, on both the right and the left, we’ve allowed our most important conversations and debates to become adolescent-like, in which emotion always trumps facts.

Some conservatives have reacted by telling Greta and other teenage activists to sit down and shut up. One popular podcaster told his audience he has no interest in the political opinions of 16-year-olds, because they couldn’t possibly know anything of value. This is equally misguided.

Both approaches mistakenly assume that this mythological period of life called “adolescence” actually exists — a time when young people can’t be expected to act like grown-ups.

In our book, A Practical Guide to Culture, Brett Kunkle and I debunk the myth of adolescence. Young adults should champion big ideas and important causes, and in the process, they should expect to encounter and be ready to answer opposing arguments — something they’re also fully capable of doing.

One of the best things we can do for young adults is respect them enough to expect more of them — and, of ourselves.