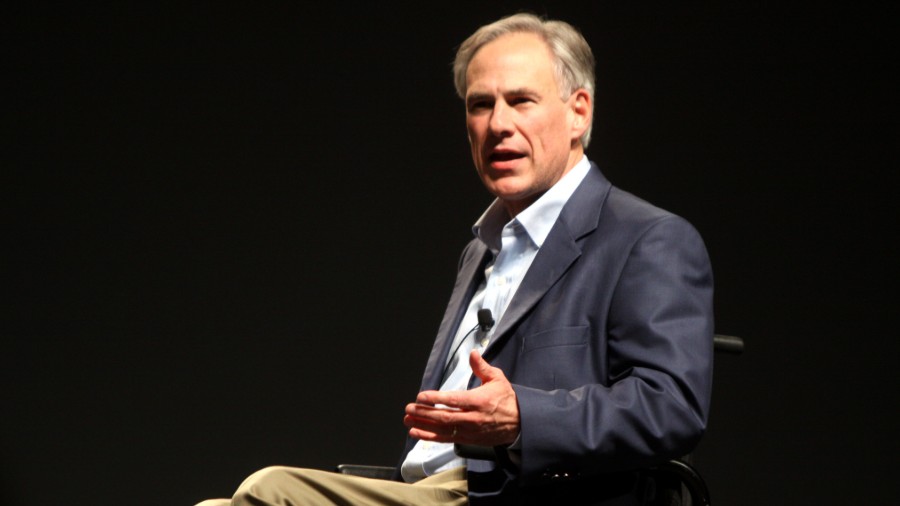 President Joe Biden traveled to the southern border over the weekend, marking the first time he has done so since taking office.

Texas Gov. Greg Abbott hand delivered a letter to Biden after Air Force One touched down at the El Paso International Airport.

“Your visit to our southern border with Mexico today is $20 billion too little and two years too late,” the letter begins.

Abbott told Biden in the letter that his “visit avoids the sites where mass illegal immigration occurs,” and added that the city the president visits “has been sanitized of the migrant camps which had overrun downtown El Paso because your Administration wants to shield you from the chaos that Texans experience on a daily basis.”

Abbott called on Biden to take a series of actions to secure the southern border, including to “stop sandbagging the implementation of the Remain-in-Mexico policy…, aggressively prosecute illegal entry between ports of entry, and allow ICE to remove illegal immigrants in accordance with existing federal laws,” and “immediately resume construction of the border wall.”

Biden arrived in El Paso, Texas, around 1 p.m. local time Sunday and was on the ground for about three hours. He visited the Bridge of the Americas, one of America’s busiest ports of entry, a section of border wall, and a migrant processing center. He also met with Customs and Border Protection officials and leaders of nongovernmental organizations.

Among the nine sectors along America’s southern border with Mexico, the El Paso Sector has experienced the largest number of illegal migrant encounters so far in fiscal year 2023.

Border Patrol experienced 106,561 illegal alien encounters in the El Paso Border Patrol Sector, which encompasses 125,500 square miles, in October and November, according to Customs and Border Protection. Encounters are up over 260% from the same time last fiscal year in the El Paso Sector.

Across the southern border, Border Patrol has encountered more than 640,000 illegal aliens since the start of fiscal year 2023 in October, according to Mark Morgan, the former acting commissioner of U.S. Customs and Border Protection and a visiting fellow at The Heritage Foundation. (The Daily Signal is the news outlet of The Heritage Foundation.)

👀🧵: NEW numbers obtained by Mark Morgan show some shocking facts about the disaster at the border in December.

Rep. Pat Fallon, R-Texas, said on Fox News on Sunday that he wishes Biden’s itinerary at the border would have included a visit to where illegal aliens cross into the U.S. and a plan to “talk to the Border Patrol agents without cameras around.”

Fallon said he believes that if Biden saw the full extent of illegal immigration at the southern border, he would understand that “we truly do need to build a wall and other barriers, that we really do need to reinstitute the wait in Mexico policy that President Trump … had implemented, and really use our resources to prevent people from coming in the first place and using illegal means to get to our country.”

There is so much that Joe Biden must see to fully comprehend how bad the situation at the border is. Unfortunately, it looks like he is going to snap a couple of pictures and get out of dodge.

The plan expands a Department of Homeland Security program implemented in October limiting the number of Venezuelans entering America illegally amid a surge of individuals fleeing Venezuela.

Like the Venezuela program, the new plan will allow migrants from Cuba, Nicaragua, and Haiti to apply from abroad for entry into the U.S. and will require that migrants “must have a lawful sponsor here in the United States who agrees to sponsor you to get here,” Biden said.

If officials approve a migrant’s application, he or she will be permitted to work in the U.S. for two years, Biden said, adding that if a migrant’s “application is denied, or they attempt to cross into the United States unlawfully, they’ll be returned back to Mexico and will not be eligible for this program after that.”

“This new process is orderly, it’s safe, and it’s humane, and it works,” Biden said.

Biden told press during his trip to El Paso that officials on the border “need a lot of resources and we’re going to get it for them.”

Biden’s “funding requests would continue to increase the surge of illegal aliens at the border,” Dwinell said. The Heritage expert explained that in “the recent omnibus bill, funding for Customs and Border Protection specifically may not be used ‘to acquire, maintain, or extend border security technology and capabilities, except for technology and capabilities to improve Border Patrol processing.’”

“Republicans have rejected the president’s plans and requests because they incentivize more illegal arrivals and further the border crisis he created,” Dwinell said.

Since Biden became president, “more than 5 million illegal immigrants have entered our country,” Tea Party Patriots Action said in a statement Sunday. “More than 300,000 flooded our southern border just last month. Fentanyl overdose is now the leading cause of death among Americans between the ages of 18 and 45. Biden and his administration have created an intolerable situation.”

“What we need instead is a policy that actually follows the Constitution and the law, secures our border, and acknowledges our sovereignty,” Tea Party Patriots Action added.

Chad Wolf, former acting Department of Homeland Security secretary, told Fox News on Sunday afternoon that the president needs to recognize that “his strategy for the past 24 months has failed,” adding that it is imperative for Biden to “go after the cartels” using military and cyber options.

Since March 2021, law enforcement has seized over 342 million deadly doses of fentanyl in Texas, according Abbott’s office.

Wolf said the real question to ask following Biden’s visit is, “Do any of the policies change?”

Biden leaves El Paso Sunday night for Mexico where he will meet with President Andrés Manuel López Obrador on Monday. Biden and Obrador are expected to discuss illegal immigration and the threat of drug cartels plaguing Mexico and America.

Virginia Allen is a senior news producer and podcast host for The Daily Signal. She is the co-host of The Daily Signal Podcast and Problematic Women. Send an email to Virginia.