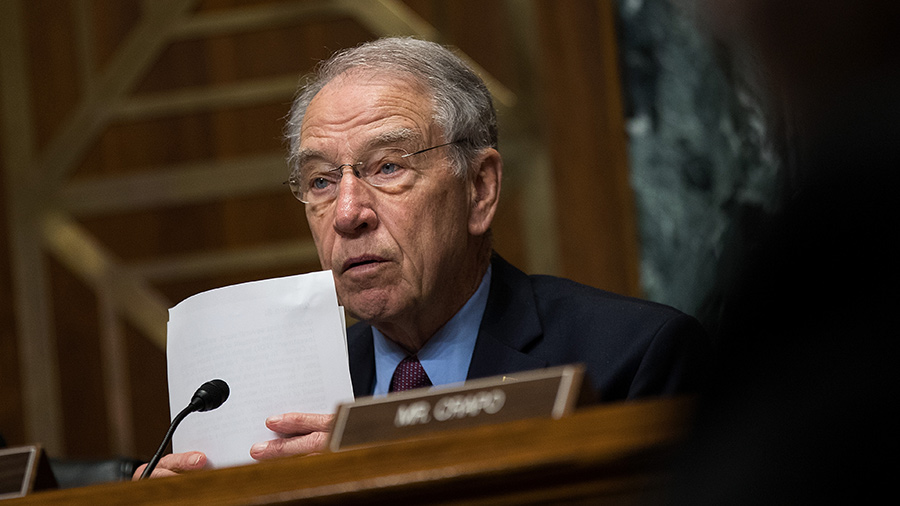 Sen. Chuck Grassley on Friday called on the Justice Department to explain its decision to close an investigation into leaks of information about former national security adviser Michael Flynn with a finding of no wrongdoing on the part of Obama administration officials.

The New York Times reported Tuesday that federal prosecutors quietly closed a criminal probe into the leak of information to The Washington Post in 2017 regarding Flynn’s phone calls in December 2016 with then-Russian ambassador Sergey Kislyak.

According to The Times, prosecutors in the U.S. attorney’s office in Washington, D.C. who were investigating the leak found “no wrongdoing” on the part of Obama administration officials.

The investigation focused on leaks to Post columnist David Ignatius, who reported on Jan. 12, 2017, that Flynn had spoken with Kislyak, possibly about U.S. sanctions against Russia.

The newspaper published another article on Feb. 8, 2017 with additional details of Flynn’s conversation with Kislyak. It was later revealed that the FBI intercepted the phone call as part of routine surveillance on Kislyak.

It is not clear whether prosecutors identified the sources for the articles.

The Ignatius column set in motion a series of events that led the FBI to interview Flynn at the White House on Jan. 24, 2017. Flynn pleaded guilty on Dec. 1, 2017, to lying in the interview about his conversation with Kislyak. Flynn sought to rescind his guilty plea last year, saying that he did not intentionally lie during the interview.

Grassley, the chairman of the Senate Finance Committee, first pressed the Justice Department and FBI in 2017 for a transcript of Flynn’s calls with Kislyak, which were considered highly classified. The Iowa Republican also pushed for investigations into the leak.

In a letter Friday to Monty Montgomery, the acting attorney general, Grassley asked that the Justice Department turn over all records related to the leak investigation by Feb. 5.

“Accordingly, it is clear that the information leaked to and published by the Washington Post on January 12, 2017, was sensitive information at that time and the leak was most likely designed to undermine the Trump administration in its first days,” Grassley said.

Grassley said that in light of The Times report, “the Department must update Congress on whether the reported finding that ‘no wrongdoing’ was identified is in fact true and accurate.”

“Time and again, we see examples of double standards when it comes to enforcing laws against mishandling classified information,” Grassley said in a statement.

“The transcripts of Lt. Gen. Flynn’s call with the Russian ambassador were classified, so how can leaks about them be ok?”

He said it was “especially concerning” that Congress has been “left in the dark” about the status of the investigation, while officials at the Department of Justice have leaked details of the leak probe to the media.

William Barr, the former attorney general, said in an interview last May that he thought the FBI set a “perjury trap” for Flynn, who received a pardon from President Donald Trump on Nov. 25.