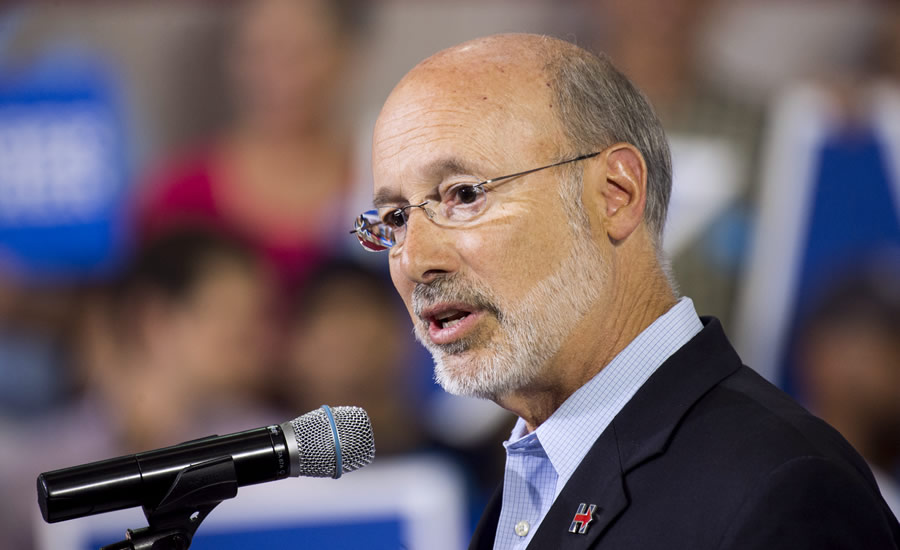 What is happening in Pennsylvania is a dark moment for America. Under the leadership of Governor Wolf and his liberal regime, the Pennsylvania elections system has become completely compromised. It has become clear the leadership in this state is anti-democratic, does not value our Constitution, and is engaged in an outright attack on the legal votes that have been cast by the good, hardworking people of the Commonwealth.

As the former Secretary of State of Ohio, I have overseen multiple elections in a state that for years has been dedicated to transparent election administration and ensuring there is bipartisanship, fairness, and security that breeds confidence in our results. The actions taken this cycle by the Pennsylvania executive government are abnormal, unethical, and downright corrupt.

It could not be clearer that the Democrat-run Pennsylvania executive government only wants votes counted that support their agenda and their candidates.

The actions Governor Wolf’s administration has taken to slant the vote for their candidates is the most egregious abuse of power I have ever witnessed in my decades of working on elections. It is unconstitutional, un-American, and they must be held accountable.

In mid-September, Pennsylvania’s state Supreme Court upended the carefully crafted work of Pennsylvania’s legislature by mandating that mail-in ballots received after Election Day be counted. Taking it a step further, the court also ruled that such ballots do not even need a postmark, the key accountability measure to ensure Election Day does not turn into never-ending Election Days.

As if that wasn’t enough, Wolf operative PA Secretary of State Kathy Boockvar, who is charged with overseeing the elections process, issued unilateral guidance on October 28 directing counties to canvass these late ballots as soon as possible instead of segregating these ballots as previously directed and upheld by the U.S. Supreme Court.

Boockvar also provided eleventh-hour direction for Pennsylvania counties to provide information to voters whose ballots were incorrectly completed. While it is important problematic ballots are resolved, Boockvar gave no clear guidance on how to resolve them. This left county boards of elections confused and inconsistent in resolving these issues, furthering the sea of chaos across Pennsylvania’s ballot counting system.

Pennsylvania’s highest court and Secretary Boockvar are complicit in a nationwide plot that intentionally and irresponsibly opened the door to the election chaos we are seeing today.

In John 3:19 it says, “Light has come into the world, but people loved darkness instead of light because their deeds were evil,” and Pennsylvania Democrats’ desire to conduct this election in the dark is not going unnoticed. What I am seeing here truly saddens me for the future of our democracy.

Thankfully, President Trump and Republicans across America are fighting back, and will not allow this election to be stolen by the partisan hacks who have shown themselves to be enemies of a free and fair election process. The people of Pennsylvania deserve to have every legal vote counted. In my days as Secretary of State in Ohio, this would never have been a question.

The actions taken by Pennsylvania officials exemplify their clear bias against Republicans up and down the ballot. Transparency is crucial in this process and its integrity must be upheld if Americans are to have faith in the results.

Ken Blackwell, former Ohio Secretary of State, is a member of the Board of Advisors of the Trump-Pence 2020 Campaign.