Governing Elites Jumping on the Net-Zero Bandwagon are Disconnected From Reality, Experts Say 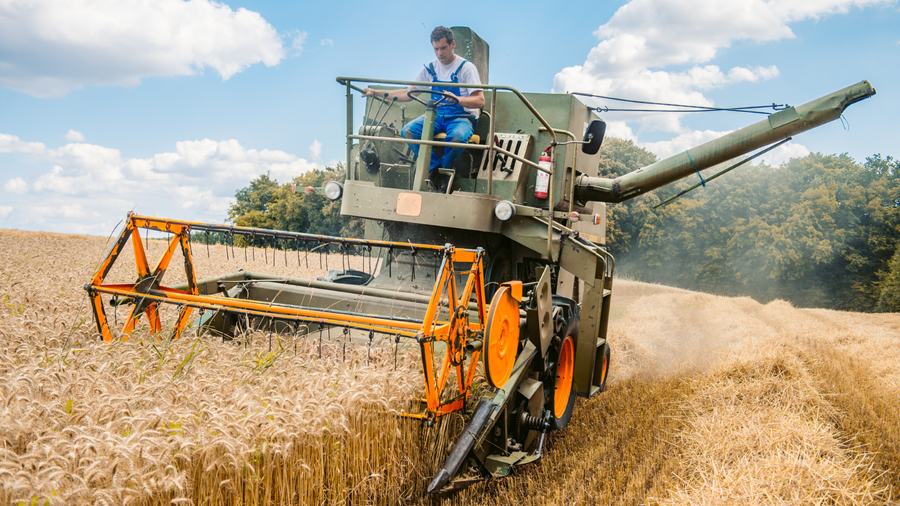 Governments have adopted sweeping emissions-reduction legislation in recent months that could have devastating consequences on the agricultural sector, as elites’ ignorance of economic realities fuels a myopic pursuit of the climate agenda, according to experts.

Food insecurity brought on by the Russia-Ukraine conflict and natural disasters threatens millions, but governments are implementing carbon emissions-reduction policies in rapid succession that could slash agricultural production and push prices to record levels. Officials in both wealthy and developing countries are spiraling into a foolish race, however well-intentioned, to outdo one another on climate action, even if that means hurting farmers and ordinary consumers, according to agricultural and climate experts.

“The decision-makers are so far up the food chain, pardon the pun, that they are literally clueless about what it takes to produce food, including what inputs are needed and why; or how food is produced, harvested and distributed,” Indur Goklany, a senior adviser at the U.S. Department of Interior, told the Daily Caller News Foundation.

Leaders of the G7 wealthier democracies held an annual summit in June, where they reaffirmed their commitment to the 2015 Paris Climate Agreement, including a provision to meet net-zero emissions standards by 2050. They cited an “urgent” need to address the “climate crisis,” referencing the “adverse effects of climate change and environmental degradation on peace, stability, and security.”

“Willingness to hop on to the Net Zero train has derailed all other priorities,” Vijay Jayaraj, a research associate at the Co2 Coalition, told the DCNF.

The bill came on the heels of the Indian federal government’s climate agenda, submitted Aug. 3, that calls for a 45% emissions reduction according to 2005 levels by 2030; India’s emissions have shot up since 2005, due primarily to growth in the power production industry. As India’s technology sector continues to expand, the government is targeting the agricultural sector to offset emissions from energy production, H. Sterling Burnett, Director of the Arthur B. Robinson Center on Climate and Environmental Policy at the Heartland Institute, explained to the DCNF.

“It’s to the advantage of their leaders. In the end, leaders don’t care about poor people, even leaders in developing countries. They live off graft,” said Burnett.

Canada and Ireland also passed similar bills in July, even after the Dutch government’s mandatory methane emissions target threatened to put a third of livestock farmers out of business and sparked nationwide protests in July. Irish farmers claimed they could suffer a similar fate.

Canadian farmers argued that the government’s cap on fertilizer-related nitrogen emissions meant a de-facto reduction in fertilizer use, reducing crop yields. In addition, electric tractors are up to 75% more costly than those that run on fossil fuels, and less reliable, Burnett explained to the DCNF.

“The decision-makers are divorced from the nasty consequences of their decisions. They are wealthy enough to afford food even if inflation is rampant,” said Goklany.

In the U.S., Congressional Democrats passed the Inflation Reduction Act, a spending bill that carves out billions in subsidies for electric vehicles, nuclear power generators and other greenhouse gas-reducing solutions. Even if the U.S. reduced all emissions, that would only bring down the global temperature less than 0.2 degrees Celsius by 2100, according to an Aug. 2 Heritage Foundation report.

Achieving the Biden administration’s climate commitments could incur job losses in the millions, increased energy prices and over $7.7 trillion in GDP loss over 18 years, the report states.

Consumer inflation in the U.S. hit a record high of 9.1% in July. In addition, despite the opening of safe waterways for Ukrainian and Russia grain exports, wheat prices could remain high as importers seek to recoup losses, keeping the global food supply chain tight, according to a Reuters analysis.

Failure to consider the ins and outs of agriculture can have devastating consequences, as Sri Lanka demonstrated after a ban on imported artificial fertilizers, intended to encourage a transition to organic farming and help the Rajapaksa regime save face amid a ballooning budget deficit, slashed farm yields in half and contributed to an economic collapse. Sri Lankans, incensed over economic hardship and a corrupt government, stormed the president’s residence and forced his resignation.

“The reality is climate alarmism has long acted as a pretext for the government to control what we eat, where we live, how we live, and how our economy functions,” Bakst added. “Unfortunately, this alarmism is getting taken to unprecedented levels — just look at the Biden administration… doing everything it can to block affordable and reliable energy, which is critical to all facets of our lives, including ensuring we have food.”

While large agribusinesses can probably afford increased production costs due to clean energy legislation, small farmers could fall by the wayside, Burnett told the DCNF.

Leaders are “always playing on crises” to “increase power over people’s lives” said Burnett. “You can’t get [to net zero] from here without making people much, much poorer.”