Gov. Northam, Step Down and Let the Healing Begin 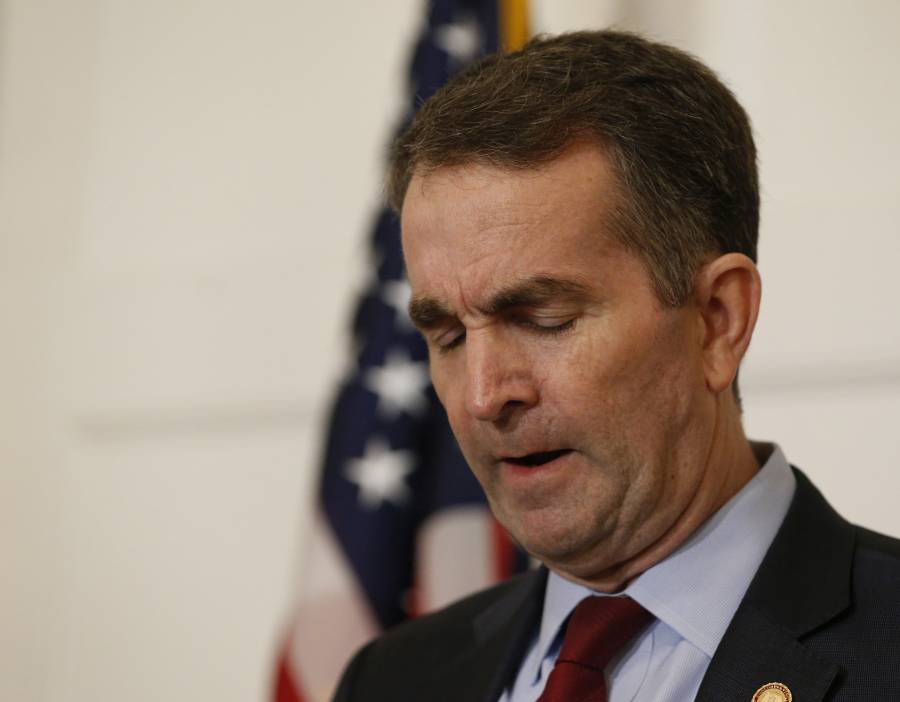 Virginia Gov. Ralph Northam, pauses during a news conference in the Governors Mansion at the Capitol in Richmond, Va., Saturday, Feb. 2, 2019.

As a young girl growing up in Virginia, I experienced racism firsthand. I know what it looks like and how it feels. I’ve also spent a good part of my life defending the rights of preborn children to live and love among us. It’s my personal mission to fight for and defend the value and dignity of human life.

Most Virginians share these beliefs. They are repelled by racism, repulsed by the thought of infanticide.

This is why Gov. Ralph Northam must resign. Any decision on his part to delay appears to be an act of a man weighing what is best for his political future and not what is best for the people of Virginia and the country.

Racial bigotry and hatred in all forms must be denounced and the principles of liberty, equality, and freedom embraced. Northam’s cavalier attitude toward infanticide and his admitted racist behavior emanate from the same seed.

Today, so many Virginians like me are shocked and outraged by this man’s disregard for human life and blatant racial insensitivity. Because he does not embrace the core principle of the sanctity of life, we shouldn’t be so surprised.

Furthermore, the governor’s apology and denials don’t pass the straight-face test. There’s no question the racist photo was on his yearbook page. At his press conference Saturday, he admitted to wearing blackface to impersonate Michael Jackson. And he’s still made no apology for his barbaric comments about infanticide.

I’ve been speaking to these issues in Virginia for years. The record shows that I have called out members of the Republican Party and its candidates on matters of race—publicly and privately. And when I was a Democrat, I did the same.

For years, I’ve been trying to get my friends in the Democratic Party to confront their own demons. It’s now a time for choosing.

Long before this week’s developments, there were already signs that Northam was in the wrong. When running for governor, he excluded a black candidate from his campaign flyers. Earlier, when running for lieutenant governor, he refused to shake hands with his black opponent.

Lawmakers and citizens who would sweep this under the rug and not ask for Northam’s resignation because he is a nice person are missing the point. Nice people can have flaws. But bad actions must have consequences.

The cloud he’s created leads me to one conclusion: Northam has no business leading Virginia.

Virginia’s history is thorny. It’s where slavery in America began 400 years ago. Its capital was the capital of the Confederacy during the Civil War.

About 100 years after Robert E. Lee surrendered to Ulysses S. Grant at Appomattox Court House in southern Virginia, I found myself blazing a new trail.

The year was 1961. I was 12 years old. And I was one of 25 black students desegregating an all-white middle school in Richmond.

To say we weren’t welcome in that school is an understatement. Despite the Supreme Court’s Brown vs. Board of Education ruling, Virginia Democrats insisted on keeping the public schools segregated.

So we tried to change that.

For a while, navigating the packed hallways meant being jeered at, stuck with pins, shoved, and even kicked down the stairs.

It was awful. But it was worth it. It was opportunity to fight for something I believed in. And it changed me forever.

I’ve never stopped fighting for what I believe in. That’s why I feel so moved to speak out today.

From every corner of politics, society, faith and culture, we must stand unified in our support for human dignity. When you don’t understand why all life matters, this is what happens.

Northam must resign. As a nation, we must demand it. We speak in one united voice against his behavior, because we, as Americans, are better than this.

Virginia has produced many leaders, led the way in the Revolutionary War, was home to our first president, and became the first state to elect an African-American governor.

Now is an opportunity for Virginia to lead again and do the right thing. Gov. Northam, set aside your personal ambition, step down, and let the healing begin.

Kay Coles James (@KayColesJames) is president of The Heritage Foundation. James formerly served as director of the U.S. Office of Personnel Management and as Virginia’s secretary of health and human resources. She is also the founder and president of The Gloucester Institute.