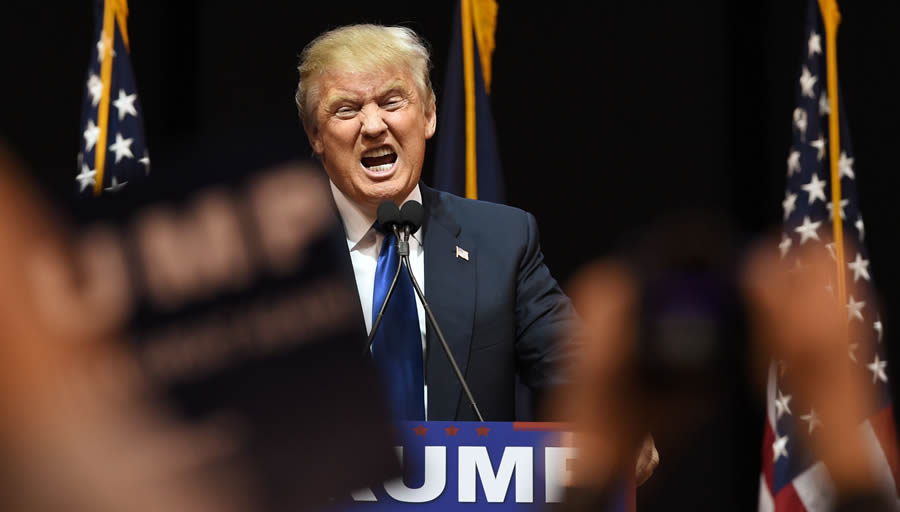 Here’s a short clip (courtesy of therightscoop.com) of Donald Trump interviewed by Fox’s Greta Van Susteren. She asked him a question from a viewer who likes Trump but says she wishes he would act more presidential and not insert curse words in his speeches.

Mr. Trump’s response is revealing on several levels. The first is his constant need, in almost every answer, to refer to the size of the crowds at his events and the ovation he gets as if that validates anything he does. In this case, he says he was just “having a little fun.”

Perhaps, but in the last few weeks, Trump has publicly used the kind of language high school students use when texting each other. To have a presidential candidate gleefully use curse words is the kind of thing that further coarsens our common culture, which is coarse enough as it is. (Conservatives and Republicans used to care about such things.) And the idea that swear words manifest toughness or strength has always puzzled me. It takes no strength or toughness to use vulgar words in public; it only requires bad manners. (Michael Gerson wrote a very good column on this.) What exactly in Donald Trump’s life has he done to show courage, toughness and genuine strength of character? He may be a financial success, having inherited a huge sum from his father, but his life is hardly a testimony to the kind of character we should prize. He’s a bully, which is different than being a man of strength.

A second observation: Mr. Trump defends his use of swear words by saying we are “too politically correct.” He’s right about that as a general matter; the problem is he uses that explanation to justify cursing, cruelty and idiocy. To be politically incorrect is not a license to say anything you want, to tear down the rhetorical guardrails society has wisely put in place.

That is precisely what worries many of us. He is a protean candidate, unanchored to any philosophy or set of beliefs, and has shown over the course of his political life to be all over the map — a liberal one day, a conservative the next, a populist the third. He will employ any tactic and adopt any position he needs at the moment to win. There’s nothing grounding him.

None of us are pure of heart, and all of us are driven by personal pride and ambition. But to a degree that is rare in American politics, Donald Trump is running not for a cause, not for the country, but for himself. Everything he does, everything he says, is about Donald Trump.

Some Republican voters may be drawn to that, and others may be inclined to reconcile themselves to Trump now that he is the front-runner. But count me out.