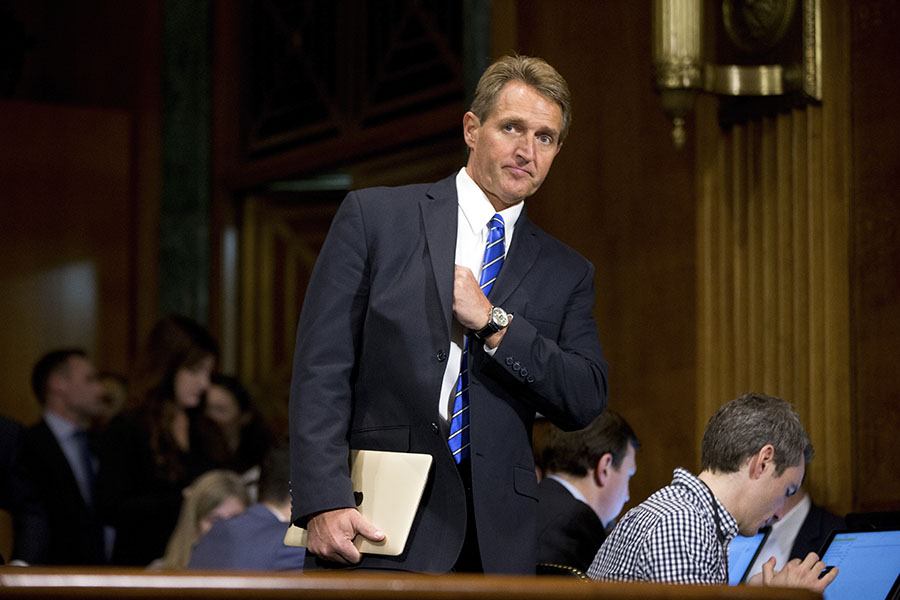 FILE - In this March 9, 2016, file photo, Sen. Jeff Flake, R-Ariz., on Capitol Hill in Washington. Congressional Republicans are beginning to accept, and even embrace, an outcome that was once unthinkable: Donald Trump as the GOP presidential nominee. “He’s looking more inevitable, yeah. I’ve been wrong all along,” said Flake, an outspoken Trump critic. “My feeling about Donald Trump is, I don’t think that that’s our best foot forward at all. And I can’t imagine being forced to take some of those positions that he’s taken. A ban on Muslims, build a wall and make the Mexicans pay for it, you name it.”

This article is available to read at the Associated Press Archive Link here: http://www.apnewsarchive.com/2016/Some-congressional-Republicans-are-beginning-to-accept-and-even-embrace-what-was-once-unthinkable-Donald-Trump-as-the-GOP-presidential-nominee/id-a46ce2318e15416e9e39a11dba9e1c06

Seize Ivy League Dorms and Give Them to Immigrant Families