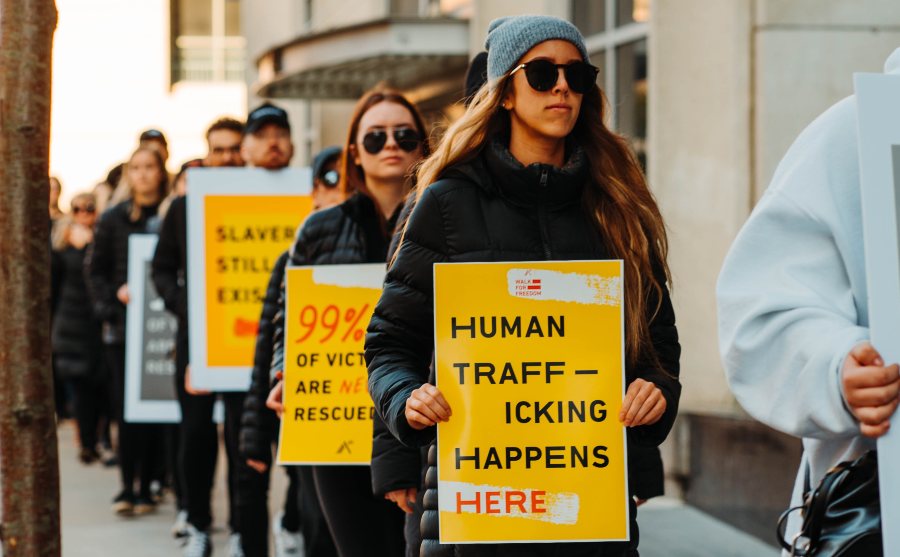 Legislation proposed by Rep. Ted Budd of North Carolina would require abortion providers to file a report with the National Human Trafficking Hotline if they suspect a patient at the clinic is a victim of human trafficking.

The Daily Signal first obtained a copy of the legislation, the Stopping Traffickers and Their Accomplices Act of 2022, which requires that abortion providers notify the hotline no later than 24 hours after consulting with a patient if they have “a reasonable suspicion that the patient is a victim of trafficking.”

Should the bill be enacted into law, those abortion providers who violate the act could be fined $10,000, imprisoned for up to six months, or both.

“Abortion providers have a moral obligation to ensure that they are not aiding and abetting the abuse of women enslaved in the sex trade,” Budd, a Republican, told The Daily Signal on Monday. “The Stopping Traffickers and Their Accomplices Act provides needed accountability to protect women and unborn children.”

The legislation cites the State Department’s 2017 Trafficking in Persons Report that “indicated that sex traffickers coerce women into receiving abortions against their will,” as well as research published in the Annals of Health Law Journal.

This research found that “71 percent of women coerced into commercial sex acts reported at least one pregnancy and 21 percent reported five or more pregnancies while trafficked,” according to the legislation.

The research also found that almost a third of women trafficked “underwent numerous abortions as victims of trafficking” and that “more than half of respondents answered that their abortion while a victim of sex trafficking was a result of coercion.”

The proposed Stopping Traffickers and Their Accomplices Act quotes a victim of sex trafficking as saying that in most of her six abortions, she “was under serious pressure from my pimps to abort the babies.”

The bill would also require abortion service providers to certify to the secretary of the Department of Health and Human Services that they are prepared to identify and respond to victims of trafficking who come to their facilities.