‘I Feel Blessed and Grateful to God’: Mexican Airliner Crashes, But No Fatalities

Up to 85 people were injured when a passenger jet crashed in heavy rain. 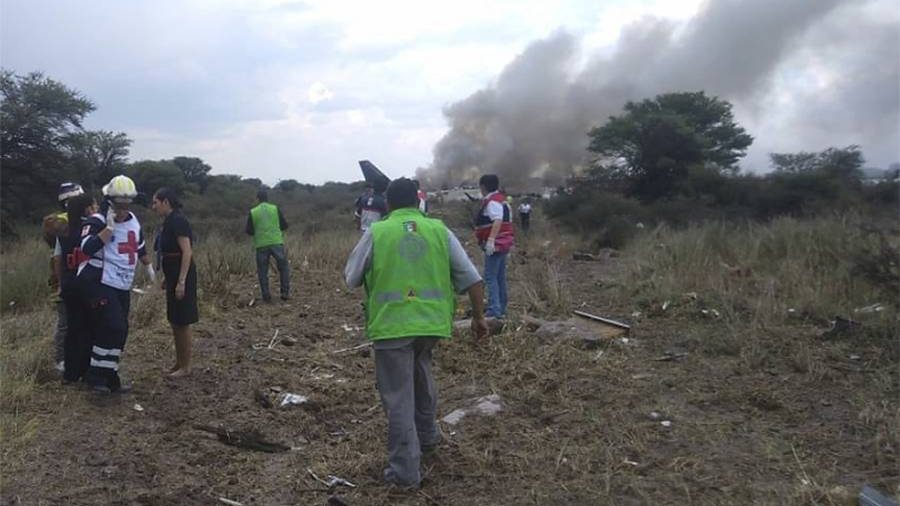 Rescue workers and firefighters are seen at the site where an Aeromexico airliner has suffered an "accident" in a field near the airport of Durango, Mexico, Tuesday, July 31, 2018.

A plane crash caused by heavy rains in Mexico injured up to 85 people on board, but authorities report that there were no fatalities.

The Aeromexico-operated Embraer passenger jet, flight 2431, carrying 97 passengers and four crew, crashed soon after take-off Tuesday around 4 p.m. in the Mexican state of Durango. The state’s civil protection agency claimed that those injured suffered mostly minor injuries, despite the outbreak of a fire in the plane caused by the crash.

The state’s health department, however, reported that 37 people were hospitalized as a result of the crash and that two passengers were in critical condition.

“It is confirmed that there were no deaths following the accident of flight Aeromexico 2431,” Durango state Governor José Rosas Aispuro Torres said on Twitter, according to ABC. “At this moment on behalf of the cabinet, led by Coordinator Rosario Castro, to attend to the injured and cooperate with airport authorities with what has occurred.”

“Many managed to leave the plane on foot,” said Alejandro Cardoza, spokesman for the civil protection agency, according to Reuters.

Some passengers expressed thankfulness to God for walking away with their lives and described how they narrowly escaped being smothered with smoke.

Passenger Jackeline Flores recounted to reporters how her young daughter escaped the plane through a hole in the fuselage before the cabin filled with smoke.

“A little girl who left the plane was crying because her legs were burned,” Flores said.

“I feel blessed and grateful to God,” she added.

A spokesman for the U.S. embassy said that they did not yet have confirmation as to whether any U.S. citizens had been on board the plane. Luis Gerardo Fonseca, head of Mexico’s civil aviation agency, said that determining the cause of the crash could take months.