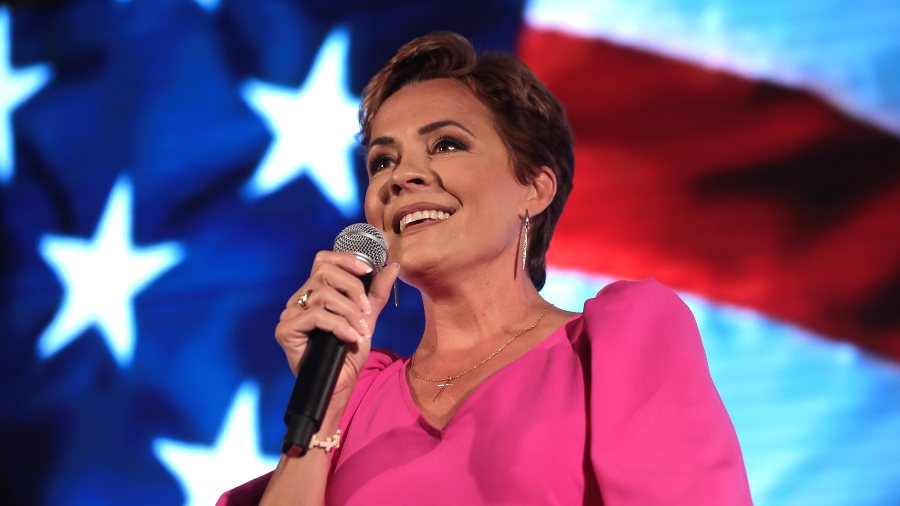 As we continue the endless vote count in the People’s Republic of America, it’s now a full week past Election Day, and 14 House races still haven’t been called. The good news is that, at this writing, with 218 needed to win the majority, the Republicans now hold 217 and the Democrats 204.

One More For the Win

The Republicans need just one more win, while the Dems have to win every remaining race, including 3 rated as toss-ups and 5 that lean or are likely GOP. I’d suggest bias in the media’s reluctance to call it, but then, we all know about the mysterious rule of mathematics that the longer it takes to count ballots, the more of them are marked Democrat, so it’s not outside the realm of possibility.

But at least two media outlets, NBC and the Daily Caller, are finally projecting that the GOP will take the House by 219-216. That seems likely, barring a “miracle” for the Democrats (like the dead rising to vote…again.) That means the end of Biden’s radical legislation, so Americans can breathe a sigh of relief. Even Biden admitted there will be no “codifying of Roe v. Wade” (which is code for “a national abortion law far more radical than Roe that allows for killing babies in the womb right up to the moment of birth,” the kind California just passed to its eternal shame.)

The important thing for House GOP leaders to remember is four letters that I mentioned before: “WWPD: What Would Pelosi Do?” Would Nancy Pelosi say, “Well, we have only a very slim majority, so obviously, Americans are very divided. Therefore, we should share power, look for ways to compromise, and not try to silence, investigate or force our agenda on the minority?” I’ll proceed after you finish laughing.

And now, the very bad news, not just for the GOP but for Arizona: Democrat Katie Hobbs is now projected to win the Governor’s race over Republican Kari Lake. Supposedly, the vote from Maricopa County wasn’t weighted toward Lake enough to overcome Hobbs’ narrow lead. But this could take a while because there’s a good chance that state law will require a recount.

Some are arguing that there should be a revote because Election Day was so badly botched under the supervision of Hobbs herself, who as Secretary of State didn’t have the basic integrity to recuse herself from overseeing an election that she was competing in. It’s kind of like acting as both a quarterback and the referee in the Super Bowl. Whether due to incompetence or other reasons, tech “issues” in mostly red areas of Maricopa County led to line waits of up to seven hours and who knows how many Lake voters having to leave without voting, with a judge refusing to extend voting hours. As Kari Lake quite reasonably put it, we finally have an actual example of “voter suppression.”

Losing Faith in Our Elections

For those who tarred Lake as an “election denier” for being suspicious of suspicious elections, if that’s so, then there are an awful lot of crazy conspiracy theorists out there. A new Rasmussen survey taken during and after last week’s elections found that 57% of Americans think it’s likely that cheating affected the results, and that includes 30% who think it’s “very likely.” Those are the highest numbers ever. And while they’re highest among Republicans (79%), 50% of Independents and even 40% of Democrats agree that it’s likely cheating affected the outcomes.

This is a grave problem, and not just because I’m a Republican who thinks the results should’ve gone the other way. Whenever a majority of Americans lose faith in the trustworthiness of the election process, they also lose faith in the fundamental idea of America as a place where the government rules by the consent of the people.

I’ve been warning for years as some factions worked to loosen voter integrity laws in the name of “fighting voter suppression” that every illegal vote negates a legitimate vote and deprives someone of a say in determining self-government. When Americans lose faith in their elections, they lose faith in what makes America, America. It could mark the beginning of the end of this great experiment in democracy if we don’t do something to restore that faith, and fast.

The next question is how to reform ballot harvesting when the people who’d have to reform it are in office because of it. A clue to how difficult that is can be found in the fact that this article initially ran in 2020, and it’s only gotten worse. Will it take Republicans fighting fire with fire by ballot harvesting, too? And if they do get back into power that way, will they have the will to fix it?

My Predictions for Tonight