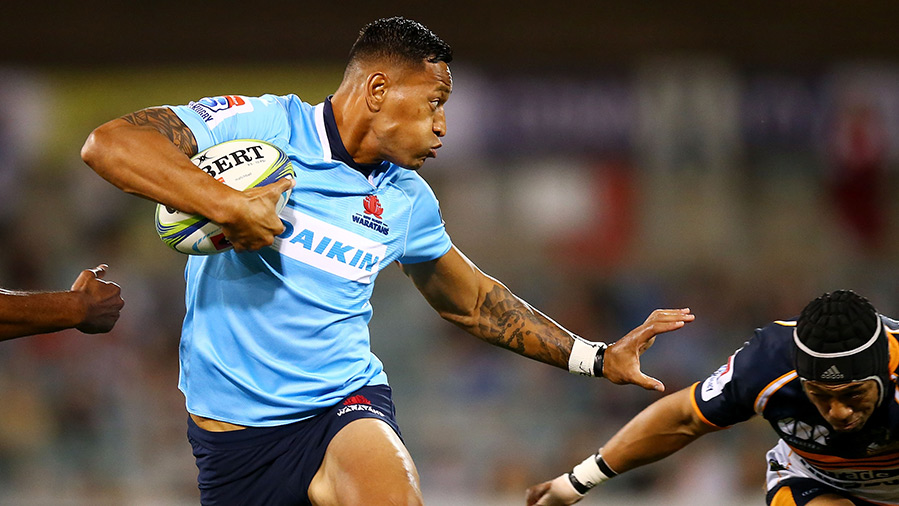 When Australian rugby star Israel Folau’s team contract was terminated after he voiced the principles of his Christian faith, he turned to GoFundMe Australia to crowdsource funds for his legal action against Rugby Australia.

Three days later, the popular fundraising platform took down his page with plans to refund all donors.

“As a company, we are absolutely committed to the fight for equality for LGBTIQ+ people and fostering an environment of inclusivity,” GoFundMe Australia manager Nicola Britton said, according to The Guardian.

After his fundraising page was shut down, a “non-party partisan, non-denominational” group called Australian Christian Lobby reached out to Folau with the opportunity to host his fundraiser and donated $100,000 to the cause. The fundraiser raised over $1.5 million as of noon Tuesday.

Folau, a former Wallabies player, had his $4 million contract with the Australian rugby team terminated in early April after he posted a meme on Instagram that reads: “Warning drunks, homosexuals, adulterers, liars, fornicators, thieves, atheists, idolaters, Hell awaits you. Repent! Only Jesus saves.”

On June 6, Folau’s legal representatives confirmed that he filed a lawsuit with the Australian Fair Work Commission, claiming his contract was unlawfully terminated because of his religious beliefs.

On June 21, Folau went to Instagram again to post the link to a GoFundMe campaign he had started to fund the lawsuit, soliciting his followers to support his legal battle. He shared that he and his wife, Maria, had already spent $100,000 on his case.

“So far Maria and I have used over $100K of our savings and I am willing to do what it takes for this cause. But to continue I need to prioritise funding for my legal case,” Folau said in the post, adding:

To those who believe in the right to practise religion without fear of discrimination in the workplace, here is my ask: Stand with me. I’ve put the link in my bio. If you can and choose to donate, thank you from the bottom of my heart and God bless. #standwithizzy

Three days after the Instagram post, GoFundMe Australia removed Folau’s page Monday morning. The page had received $750,000 in pledges as of Sunday night.

Britton said the page was removed because it violated GoFundMe’s terms of service.

“After a routine period of evaluation, we have concluded that this campaign violates our terms of service,” Britton said to The Guardian.

She added that the crowdsourcing platform exists “to help people help others,” and that “while we welcome GoFundMes engaging in diverse civil debate, we do not tolerate the promotion of discrimination or exclusion.”

GoFundMe did not respond to The Daily Signal’s requests for comment.

Update: As of Thursday morning, the Australian Christian Lobby’s fundraiser has raised $2.1 million.