Is God Dead? No, But Our Faith May be Ailing 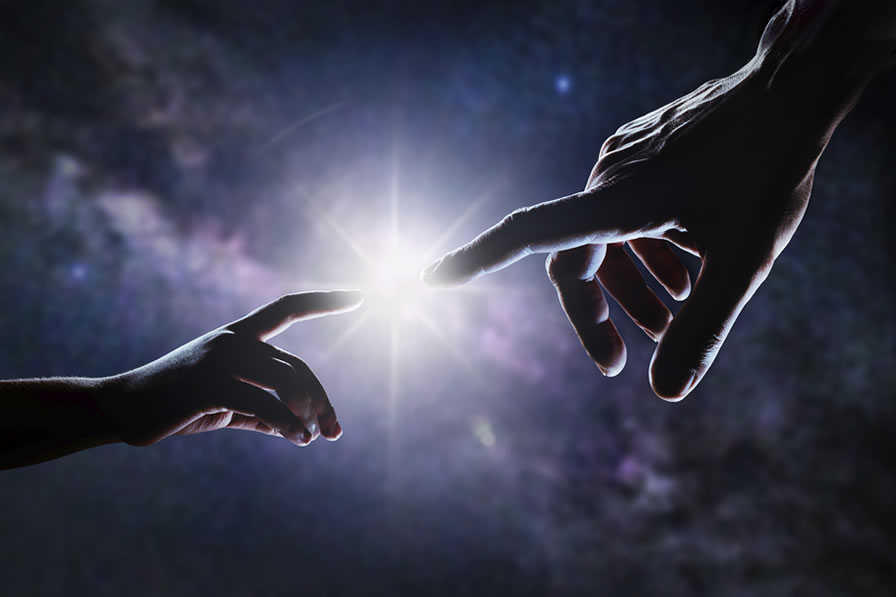 Fifty years ago today Time magazine published its famous “Is God Dead?” cover, putting before the public in a dramatic way the burning question raised by certain theologians (and before them, certain philosophers) in the face of secularization in the Western world and the atheistic regimes dominating much of the rest of humanity.

Today, one of those regimes has disappeared and religion has resumed its place in Russia’s public life, while the other has modified its opposition to religion to the extent that tens of millions of Chinese citizens are Christians and their government is talking to the Pope. In Africa and the Middle East religious affiliation runs at almost 100 percent; the same goes for India. in other parts of the developing world, whether Christian or Muslim, Hindu or Buddhist, it remains a cultural force.

Even in the West, Americans hew to their Christian denominations in large numbers and a 2014 Pew Research Center study had nine out of ten of them saying they believe in God or a universal spirit. Europe is a different story, but the decline in Christian faith there — and in the UK and Australasia — may eventually be compensated (in a sense) by the rise of the Muslim and other immigrant populations as mainstream fertility rates decline.

The answer appears to be a resounding, No. That is not, however, for want of effort to kill off faith in the hearts of believers. In the West this seems to happen in two ways: by the secularisation of Christianity itself; and by a secularism that wants to drive religion completely out of public life.

To begin with the second of those trends: religious freedom is no longer just an issue in China or Pakistan or Saudi Arabia; it is an issue in every country that has embraced the sexual revolution and its outworking in the legalization of abortion, and in the normalization of homosexuality as well as, currently, the notion of gender diversity.

Each of these developments has been accompanied by claims to human rights – and therefore legal rights — that flatly contradict the basic beliefs of the Judeo-Christian tradition (and of Islam) about human dignity and human flourishing. And each of them, along with the newly invented rights, is being conceded by governments dominated by secularism and sentimentality.

Legal recognition of gay marriage, in particular, has made traditional Christians in many Western states a beleaguered group, having to fight for the right to do business and express their views on such issues in public.

Early this week the governor of the state of Mississippi became the seventh to sign a law protecting the “free exercise of religious beliefs” by religious organizations that decline to host marriages, employ people or facilitate adoption or foster care based on a religious belief that marriage should be between one man and one woman, sex outside marriage is wrong or that sexual identity is determined by a person’s anatomy at birth. The protection extends to counselors, people involved in wedding services, judges and marriage-license clerks, and those who set sex-specific standards for dress codes and the use of restrooms.

Five decades ago these beliefs were not just religious, they were common sense — even were if, in the case of sex belonging only in marriage, already more honored in the breach than by observance. But the need for laws – and another six states of the US have attempted or are attempting to pass similar measures – to protect even the voicing of such views shows that nothing can be taken for granted. And this applies to Europe as much as the United States.

But the threats to religious freedom would not be nearly so serious if the faith of believers had not been hollowed out from inside the faith community. The “death-of-God” theologians who, as the writer of the 1966 Time article, John T. Elson, put it, believed “that God is indeed absolutely dead, but proposes to carry on and write theology without theos, without God” have remained with us in one form or another.

The practical effect is to reduce Christianity to an ethical system with optional rituals and community projects attached to it. The “Lord” of Christian believers has become a vague figure for many and so have the riches he offers us and demands he makes on us. Christian ethics have been seen by liberation theologians as compatible with Marxism, and by many Christians in the US (and elsewhere) today as open to gay marriage, and even abortion. If Christians do not consult God, the God revealed by Christ, about their ethics they will take them from anywhere.

Of course, there is a good deal of nominal Christianity around: despite high levels of believing in God (or a universal spirit) and declared affiliation, Pew reports that the share of Americans who say they attend church or another house of worship at least once a week stands at about 36 percent, and of those who say they pray daily at 55 percent. And if the 36 percent hear very little about God himself when they do attend church, that minority is likely to shrink further.

God can be “killed” just as well by silence as by aggressive secularism or the outright attacks of new atheists. Christian ethics, sentiments, rituals — none of these will withstand the forces that want religion stifled unless theology talks about God, who he is and all the mighty works he has done and continues to do for those who believe in him.

‘The Very Ideology of Socialism is Corrupt’: Rev. Samuel Rodriguez and Randy Robison Discuss the State of Politics in America